You Are Here: Home → Israel’s pattern of broken vaccine promises to Palestinians – is it genocide?

Israel’s pattern of broken vaccine promises to Palestinians – is it genocide? 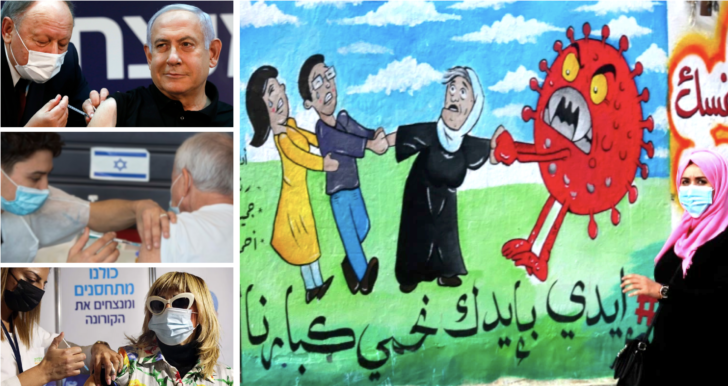 As Israel’s citizens enjoy one of the highest vaccine rates in the world, Palestinians under occupation are still waiting, literally dying for Israel to fulfill its obligations.

Since the beginning of the pandemic, Israel’s government has occasionally committed to offering help to the Palestinians under its occupation – but consistently failed to follow through. Could this be considered genocide?

Palestinians in the occupied territories are perpetually at the mercy of Israel, whether they need to go to school, attend a relative’s wedding, rush a loved one to the hospital, or have a picnic.

During the coronavirus pandemic, Palestinian vulnerability is particularly high, and the Israeli government has taken them on a roller coaster of sorts.

Palestinians, cash-strapped though they are (thanks to the occupation), have arranged to buy as many vaccines as they can afford from Russia and other sources; the World Health Organization (WHO) has arranged donations as well. All told, these will be enough for only a fraction of the population – and it is unknown when they will arrive.

Meanwhile, Israel is obligated under the Fourth Geneva Convention to care for the health needs of the population it occupies.

As you read the timeline below, consider this: according to the US Holocaust Memorial Museum, one of the categories of genocide is

Deliberately inflicting on [a national, ethnic, racial, or religious group] conditions of life calculated to bring about its physical destruction in whole or in part.

Might Israel’s denial of the Covid vaccine to Palestinians be considered a form of genocide?

December 14: Israel announces it will start vaccinations on Dec. 23.

December 22: 10 human rights and health organizations call on Israel include Palestinians living under Israeli occupation in its vaccine program. This is required under international law.

December 23: the Israeli Health Ministry begins the distribution of COVID-19 vaccines to Israeli Jews – including those living illegally on Palestinian land – and non-Jews living in Israel. (Palestinians under occupation are not included.)

January 4: Israel gives 100 doses of coronavirus vaccines to the Palestinian Authority as a “humanitarian gesture.”

Reported on January 12: The Palestinian Authority has requested 10,000 doses of the vaccine from Israel to protect frontline workers, while it waits for donations from the World Health Organization (WHO) and 2 million vaccines it purchased. The Israeli Health Ministry rejects the request.

January 31: Israel promises to give the Palestinian Authority 5,000 (not 10,000) doses for Palestinian frontline workers – although Israel has a surplus.

February 4: Israeli Health Minister announces that any Israeli over the age of 16 who wishes to receive the coronavirus vaccine can receive one. (Only a few thousand in the occupied Palestinian territories have been vaccinated.)

15 February: Gaza is expecting its first 2,000 vaccines from the Palestinian Authority, but Israeli authorities block them at the border as Israel’s legislature debates whether to approve the shipment.

February 17: Israel allows 2,000 Russian vaccines into Gaza – an enclave of almost 2 million. (These appear to be the only vaccines Gaza has received to date.)

February 18: As Israel experiences a lull in demand for vaccines, reluctant Israelis are enticed to get vaccinated by offerings of soft drinks, pizzas, cash, and other gifts. (The vast majority of Palestinians under occupation are still waiting.)

February 20: Israel agrees to vaccinate 100-120,000 Palestinians who work in Israel. The plan is to start this rollout March 7.

Around February 23: Israel has such a huge supply of vaccines left over that it has begun sharing them with countries willing to boost Israel’s “veneer of legitimacy” – countries that have, or have expressed a willingness to have, a diplomatic or business base in Jerusalem. Such a move tacitly acknowledges Jerusalem as the capital of Israel (although Palestinians also aspire to make Jerusalem their capital someday). The move by Netanyahu draws criticism.

February 25: Israel freezes its plan to share vaccines with other countries “after the initiative [comes] under legal scrutiny.” (Vaccines were already delivered to the Czech Republic and Honduras; 17 additional countries had also been slated for shipments.)

March 1: Israeli health officials counsel Israeli leaders to vaccinate all Palestinians. A spokesman declares, “This is the recommendation of all the experts, and I believe that the politicians will follow our recommendations.”

March 5: Israel announces an indefinite postponement of its plan to vaccinate Palestinians, due to “administrative delays.”

The director general of the WHO recently stated that this trend among wealthy countries – like Israel – of vaccinating their own young, healthy citizens, while neglecting frontline workers and older people in poor countries, is a “catastrophic moral failure.”

“Catastrophic moral failure” describes Israel’s treatment of Palestinians since the day the Jewish State was created, and even before. But instead of advocating for the people of Palestine in their quest for justice, the world has, for the most part, looked the other way. The United Nations has passed resolutions calling for Israel to obey international law – but Israel never listens, preferring instead to label its critics as “antisemitic.”

Israel has a responsibility under the Fourth Geneva Convention to vaccinate the population it occupies, but clearly has no intention to do so.

Meanwhile, our United States Congress gives Israel over $10 million a day in aid, rarely acknowledging what everyone else seems to know: that Israel is an apartheid state, and Palestinians have a right to resist occupation and oppression.

Is this merely a botched crisis response by Israel, or is it in fact genocide?

Kathryn Shihadah is an editor and staff writer for If Americans Knew. She also blogs from time to time at Palestine Home.