You Are Here: Home → Israel not paying to de-mine Christian holy site [VIDEO] 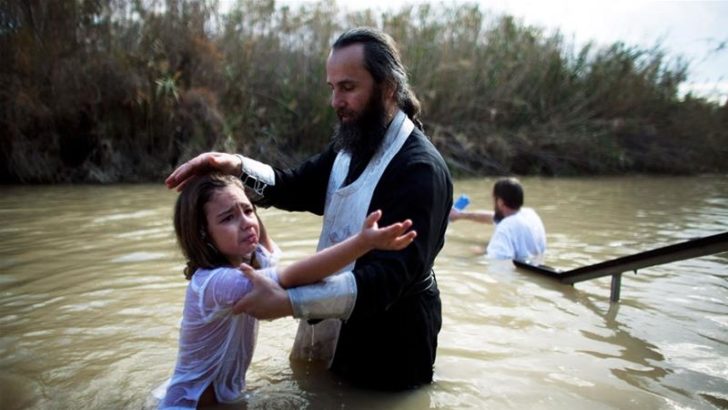 Al Jazeera reports:  “Nearly half a million tourists annually walk past two fenced-in minefields to visit Qasr al-Yahud, meaning Castle of the Jews in Arabic – the site where Jesus was believed to have been baptised in the River Jordan.

“A $4m project launched last year by the de-mining charity Halo Trust is hoping to make the site safer, after the group struck an agreement with Israeli authorities, the Palestinian Authority (PA) and local churches that own plots in Qasr al-Yahud. The deal allows Halo Trust to work on de-mining the site, located several kilometres from Jericho.

“But Israel, whose army peppered the site with mines after the 1967 war, is not paying for these de-mining efforts, observers note.”

Al Jazeera reports: “The churches, mostly built in the 1930s, have been left to crumble. Surrounded by thorny bushes and more than 3,800 mines, they are riddled with bullet holes, their windows shattered. It is believed that they were also booby-trapped by Israeli forces after 1967.”