You Are Here: Home → Israel’s global lobby works to take down UK and US politicians [VIDEO] 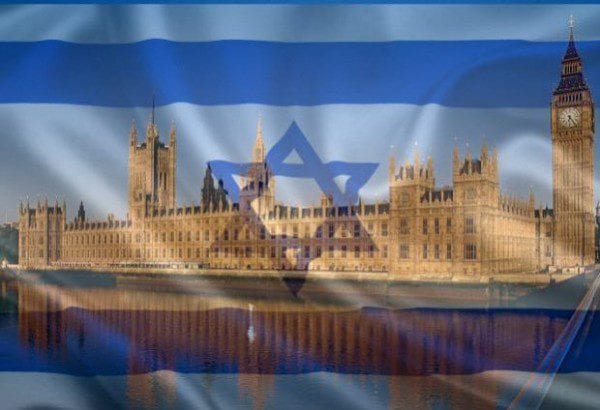 Ali Abunimah and Philip Giraldi report on Israel’s powerful lobby in the UK, the US, and beyond.

Ali Abunimah writes in Electronic Intifada: “AIPAC is hoping to turn UK politics into a carbon copy of the US Congress, where the powerful lobby group has long quashed virtually all open criticism of Israel’s violent suppression of Palestinian rights.

“The final episode of The Lobby, Al Jazeera’s groundbreaking investigation of the Israel lobby’s activities in the UK, casts light on the extent of AIPAC’s transatlantic ambitions.”

Though AIPAC’s influence is increasingly under challenge, it remains one of the best organized and effective players in US politics.

Episode four of The Lobby, which can be viewed above, shows Al Jazeera’s undercover reporter attending a meeting of City Friends of Israel, a group established with the help of Israeli embassy agent Shai Masot to build support for Israel within London’s financial district.

The meeting was coordinated with AIPAC and is addressed by Joe Richards, the lobby group’s “Wall Street director,” who explains how it focuses on building relationships with lawmakers.

“The real strategic goal is to get the UK to behave more like the US than Europe, when it comes to Israel, pull them, tug them into the US sphere,” another of the US attendees at the meeting explains to Al Jazeera’s undercover reporter.

The embassy’s Shai Masot also tells the undercover reporter that he took a delegation of dozens of donors from “rich families” in the UK to AIPAC’s conference in Washington, DC.

Adam Schapira and Elliott Miller, two pro-Israel activists, reveal in the first episode of The Lobby that AIPAC provided them with funding to set up the Pinsker Centre, an advocacy group to promote Zionism on UK campuses.

Schapira made an unsuccessful bid to be elected president of the Union of Jewish Students, which has received funding from the Israeli embassy. Miller spent a year working at the Israeli foreign ministry’s division that handles relations with the US Congress, which put him in close contact with AIPAC.

In October, Miller was filmed being violent and abusive during student protests against a speech by a former Israeli army officer at University College London.

When the Pinsker Centre was launched last March, Miller marketed it as “vibrant and grassroots.”

One of its first activities was hosting a talk on the theme of “libelous myths of Israeli war crimes.”

It also led a delegation to AIPAC’s annual conference in Washington, and plans more such trips in the future.

The revelations in The Lobby have roiled pro-Israel advocates in the UK, who have gone into damage control mode.

The Israeli ambassador has apologized for Masot’s role in the plot revealed in The Lobby to “take down” UK lawmakers, including a deputy foreign minister deemed too critical of Israel.

The Israeli government has also made implausible claims distancing itself from Masot and attempting to portray his activities, clearly coordinated with his colleagues, as those of a loose cannon.

Masot was particularly focused on trying to engineer “grassroots” support for Israel within the main opposition Labour Party, while encouraging pro-Israel activists to lodge complaints against supporters of Palestinian rights who have been falsely accused of anti-Semitism.

The UK government has tried to downplay the revelations in The Lobby by accepting the ambassador’s apology and declaring the matter “closed.”

But on Friday, Labour Party leader Jeremy Corbyn wrote to Prime Minister Theresa May to call for a full investigation.

“Many members of Parliament and the public will be extremely concerned at this evidence of attempts to undermine the integrity of our democracy,” Corbyn says in a letter to May released to the media.

“This is clearly a national security issue,” Corbyn adds. “I would therefore ask that you treat the matter as such and launch an inquiry into the extent of this improper interference.”

All four parts of The Lobby can now be viewed online. Read Full article

Israel Lobby in US and Other Countries

Philip Giraldi, executive director of the Council for the National Interest, writes in the Unz Review:

“It does not require much in the way of imagination to realize that the Masot meetings probably occur every day right out in the open in Washington, including Israeli officials and Congressmen as well as heads of political advocacy organizations and lobbies.”

Giraldi writes that analyst Jeff Blankfort has reported that many US nonprofits are headed by Jewish Americans very willing to criticize the U.S. but reluctant to say anything bad about Israel. “Whether they are actually directly or indirectly on the Israeli government payroll would be an interesting project for a good investigative journalist.”

Giraldi points out that Israel’s interference in the US is “far more damaging than anything Moscow has done. Yet Russia is being excoriated by the U.S. and European media daily, investigated by Congress and sanctioned because of what are little more than unproven allegations.”

“It all recalls Pat Buchanan’s description of the U.S. Congress as an Israeli occupied zone,” Giraldi writes.

“Indeed, lobbying on behalf of Israel is a global phenomenon with organizations like the American Israel Public Affairs Committee (AIPAC) existing in various forms in a number of other countries.

BICOM, the Britain Israel Communications and Research Centre, is an AIPAC clone located in London. It is well funded and politically powerful, working through its various “Friends of Israel” proxies. Americans might be surprised to learn that in Britain Jewish organizations uniquely are allowed to patrol heavily Jewish London neighborhoods in police-like uniforms while driving police type vehicles and there have been reports of their threatening Muslims who enter the areas.

Indeed, wherever one goes – Western Europe, Canada, Australia, New Zealand and the United States – there is a well-organized and funded mechanism in place ready, willing and able to go to war to protect Israel. Most of the organizations involved take at least some direction from officials in Tel Aviv. Many of them even cooperate fully with the Israeli government, its parastatal organizations and faux-NGOs like the lawfare center Shurat HaDin. Their goal is to spread propaganda and influence the public in their respective countries of residence to either hew to the line coming out of Tel Aviv or to confuse the narrative and stifle debate when potential Israeli crimes are being discussed.

Israel’s diaspora allies are backed up by a formidable government organized machine that spews out disinformation and muddies the waters whenever critics surface. The Israeli Foreign Ministry has a corps of paid “volunteers” who monitor websites worldwide and take remedial action and there is a similar group working out of the Prime Minister’s office. That is why any negative story appearing in the U.S. or Britain about Israel is immediately inundated with pro-Israel comments, many of which make exactly the same coordinated points while exhibiting the same somewhat less than perfect English. On sites like Yahoo they are actually able to suppress unwelcome comments by flooding the site with “Dislike” responses. If a comment receives a large number of dislikes, it is automatically blocked or removed.

The sayanim, local Jews in their countries of residence, are essential to this process, having been alerted by emails from the Israeli Foreign Ministry about what to do and say. The reality is that Israel has lost the war of public opinion based on its own actions, which are becoming more and more repressive and even inhumane and so are difficult to explain. That means that the narrative has to be shifted by Israel’s friends through subterfuge and the corruption of the information and political processes in each country. In some places the key media and political players who are engaged in the process can simply be bought. In other places like England they can be intimidated or pressured into taking positions that are neither in their own countries’ interests nor morally acceptable. In large countries like the United States, Britain and France a combination of friendly suasion and coercive elements often come together.

In some extreme cases the game Israel plays is brutal. Israeli Prime Minister Benjamin Netanyahu recently warned New Zealand that backing a U.N. resolution condemning Israeli settlements would be a “declaration of war.” In all cases, the objective is the same: to repress completely, discourage or misrepresent any criticism of Israel and to block any initiatives that might be taken that would do damage either to the Israeli economy or to the country’s perceived standing in the world. In some countries including the U.S. and Britain, Israel’s advocates work their subversion of local institutions right out in the open and are highly successful in implementing policies that often remain largely hidden but that can be discerned as long as one knows what to look for.  Read Full article