You Are Here: Home → Israel has never recognized the Palestinian right to self-determination 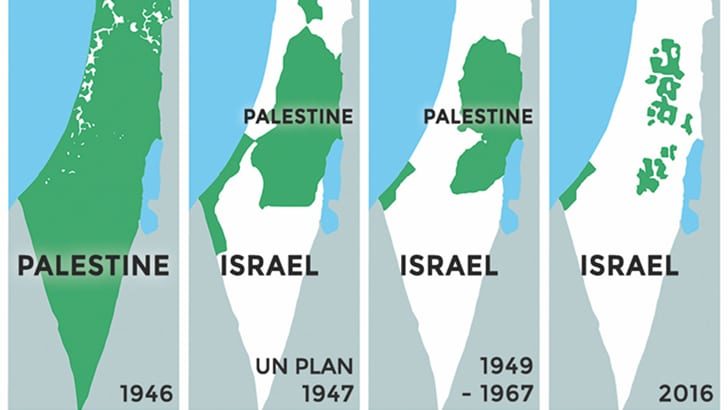 Henry Siegman, president of the US/Middle East Project and former head of the American Jewish Congress, has written an illuminating piece on Trump, Netanyahu, and the two-state solution in the latest issue of the London Review of Books (LRB).

Reactions by the international commentariat to Trump and Netanyahu’s joint press conference on 15 February focused largely on Trump’s pronouncements, specifically on what seemed to be his abandonment of America’s long-standing bipartisan support for a two-state solution to the Israel-Palestine conflict. ‘I’m looking at two-state and one-state and I like the one that both parties like,’ he said. ‘I can live with either one.’ Given his ignorance of international affairs in general and the Middle East in particular, he probably had no idea of the implications of what he was saying. He declared that Palestinians will ‘have to acknowledge Israel, they’re going to have to do that,’ entirely unaware that that is exactly what they have already done, not once, but on three separate occasions: at the request of Reagan and his secretary of state, George Shultz, in 1988; in 1993, in the context of the Oslo Accords; and again in Gaza in 1998, with Bill Clinton in attendance. Trump is probably also unaware that Netanyahu’s government has never recognised the Palestinian right to national self-determination and statehood in any part of Palestine, even though this right has been affirmed repeatedly by the UN Security Council (e.g. Resolution 242 in 1967 and Resolution 1515 in 2003) and by the International Court of Justice (in 2004).

The Palestinians never withdrew their recognition of Israel, but they have refused to endorse Israel’s decision to define its national identity in religious and ethnic terms, a demand that no country has the right to impose on other countries. Israel would never agree to such a demand by Palestinians or for that matter by any Christian country.

Far less attention has been paid to what Netanyahu said at the press conference, although it was more revealing of prospects for a two-state solution than anything Trump said. In reply to a reporter who asked whether he still supports a two-state solution, Netanyahu said he considers the terms ‘two-state’ and ‘one-state’ to be superficial ‘labels’, and that he prefers dealing with ‘substance’. ‘There are two prerequisites for peace,’ he said. ‘First, the Palestinians must recognise the Jewish state … Second, in any peace agreement, Israel must retain the overriding security control over the entire area west of the Jordan River.’

Unlike Trump, Netanyahu is very much aware that Palestinians have recognised the State of Israel. But like Trump, Netanyahu lies shamelessly. And like Trump, who turned viciously on Obama after the outgoing president extended to him entirely undeserved consideration, Netanyahu is a total ingrate. He never acknowledged that the Palestinians recognised Israel’s legitimacy not only within the borders assigned to it in 1947 by the UN Partition Plan but also including territory assigned to the Palestinians and confiscated by Israel following its War of Independence in 1948, in defiance of Resolution 242 prohibiting the acquisition of territory as a result of war.

It was not an Israel-basher but a former prime minister and president, Shimon Peres, who noted in an interview in Israel’s Yediyot Ahoronot that ‘before Oslo, the Palestinian state’s size should have been according to the 1947 map, the UN map. In Oslo, Arafat moved from the 1947 map to the 1967 one. He gave up on 22 per cent of the West Bank. I don’t know any Arab leader who would give up 2 or 3 per cent.’ Actually, Peres misspoke. Arafat did not give up 22 per cent of the West Bank but 22 per cent of Palestine, which is fully 50 per cent of the West Bank territory the UN Partition Plan recognised as the legitimate patrimony of the Palestinian people. And Peres might also have added that he knew no Israeli leader, including himself, who would give up any part of his country’s territory. But it is Palestinian leaders who are accused by Israel of refusing to make concessions for peace, a lie US administrations consistently repeat to imply a non-existent equivalence between Israeli and Palestinian resistance to a two-state agreement.

Read the full piece at the London Review of Books.