You Are Here: Home → Israel Approves Annexation of Palestinian Lands Near Bethlehem 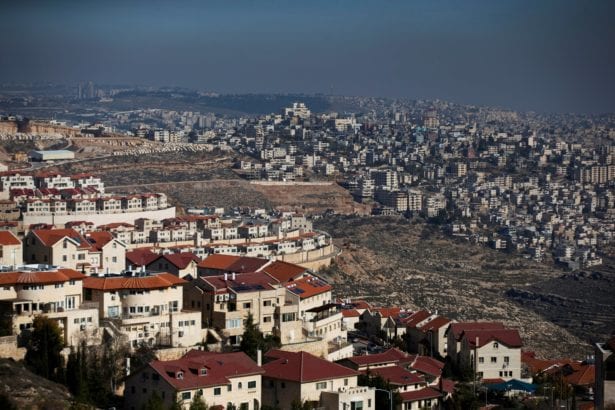 This photo from January 2020 shows the illegal Israeli settlement of Efrat (L), with Bethlehem in the background, in the Israeli-occupied West Bank of Palestine.

In yet another land grab, Israel has approved the annexation of prime Palestinian land near Bethlehem. Palestinians have no say in the matter.

The Israeli occupation authorities have approved the illegal annexation of large areas of Palestinian lands, west of Bethlehem, south of the occupied Palestinian capital, Jerusalem, in the West Bank.

Hasan Breijiyya, the head of the Bethlehem office of the Wall and Colonization Resistance Commission, said the Israeli annexation targets 147 Dunams (36.3 acres) of privately-owned Palestinian lands in Bethlehem.

He added that the lands are located in Basin 3 of Thaher al-Mitrasiba area of Nahhalin town, southwest of Bethlehem, and Basin 5 in Khallet as-Saraweel and Shu’ab al-Beesh, in Husan village, west of Bethlehem.

Article 49 of the Fourth Geneva Convention states that the occupying power [Israel] is forbidden from transferring any part of its civilian population onto the land on which it occupies [Palestine].