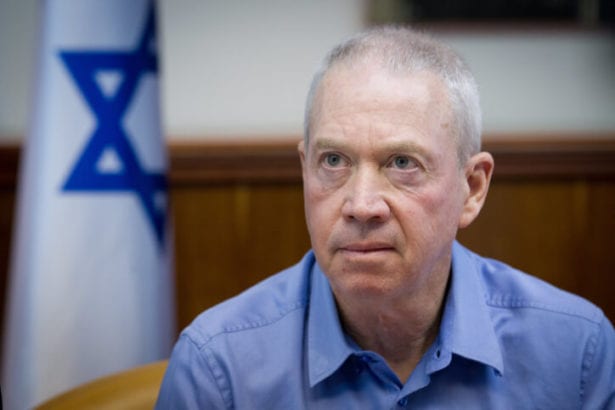 “The Israeli government will have to contend with us until the apartheid regime ends,” B’Tselem’s director Hagai El-Ad tweeted after defying a ban put in place by Israel’s Education Minister that sought to prevent human rights groups from entering public schools.

Israel’s Education Minister announced a ban this week on human rights groups from entering Israeli public schools, a move seen by many as a response to a bombshell report from B’Tselem, one of the country’s leading human rights groups, calling Israel an “apartheid state”.

Minister Yoav Gallant said on Sunday that he was banning members of groups that “call Israel false derogatory names” from entering Israeli schools — something commonly practiced by groups like B’Tselem to educate Israeli youth on their work documenting human rights violations in places like the occupied Palestinian territory.

According to the Times of Israel, Minister Gallant send a directive to his office and school district managers across Israel instructing them to prohibit entry of  “groups that act in contradiction with the education system’s goals, including calling Israel false derogatory names, opposing Israel as a Jewish, Zionist and democratic state, discouraging meaningful service in the Israel Defense Forces, or acting to harm or humiliate IDF soldiers during or after their service.”

While B’Tselem was not mentioned by name in Gallant’s letter, the group’s report on Israeli apartheid has been widely condemned by Israeli leaders and pro-Israel actors around the globe, who for years have vehemently opposed the label of “apartheid.”

B’Tselem: when apartheid ends, we will stop

In response to Gallant’s ban, B’Tselem said it is “determined to keep with its mission of documenting reality, analyzing it, and making our findings publicly known to the Israeli public, and world wide.”

In fact, despite the announcement of the ban on Sunday, B’Tselem’s director Hagai El-Ad spoke virtually to hundreds of 12th grade students at the Hebrew Reali School in Haifa during a lecture titled “Military control in Judea and Samaria and protecting human rights – can they go together?”

“The @btselem lecture did take place this morning. The Israeli government will have to contend with us until the apartheid regime ends,” El-Ad tweeted.

The @btselem lecture did take place this morning. The Israeli government will have to contend with us until the apartheid regime ends. https://t.co/QGJFE9CDFU

“Education Minister Major General Yoav Galant, while ordering schools to ban B’Tselem, claims that he is against ‘lies’ and for a ‘Jewish and democratic’ Israel,” B’Tselem said in a statement.

“But it is Minister Galant who is lying, as Israel cannot be considered a democracy, for it works to advance and perpetuate the supremacy of one group of people, Jews, over another, Palestinians, within a single, bi-national polity,” the group said, adding “This is Israel’s apartheid regime. No one can censor reality.”

Other groups stand with B’Tselem on apartheid charge

Other rights groups also came out in condemnation of the ban, with Adalah – The Legal Center for Arab Minority Rights in Israel saying Gallant has “no legal authority” to take such measures, simply because such groups have criticized Israel’s military occupation or characterized it as an apartheid state.

“Minister Galant’s order prevents students from receiving an education that exposes them to legitimate, diverse, pluralistic opinions and positions – particularly those from civil society and human rights organizations,” Adalah said, as they appealed to the Israeli attorney general to “direct Galant to rescind his order and clarify that it has no legal basis.”

The latest ban is not the first of its kind targeting Israeli human rights groups, particularly their advocacy work in the country’s schools, and is the latest push in a longstanding effort by the Israeli right wing to penalize Israeli rights groups and leftist organizations for their work.

In 2018, the Israeli Knesset passed a bill that would prevent rights groups that advocate for  legal action against Israeli’s military for its crimes in the occupied Palestinian territory from organizing lectures and activities in Israeli schools.

According to Haaretz, Gallant intended to use the 2018 Breaking the Silence bill as precedent for for the new ban, given that the bill allows the education minister to impose rules that allow for the barring of groups and individuals whose work “contradict the goals of state education” or advocate for “legal or diplomatic action overseas against Israeli soldiers.”