You Are Here: Home → House Dems remove $1B in extra funding for Israel’s Iron Dome from budget bill 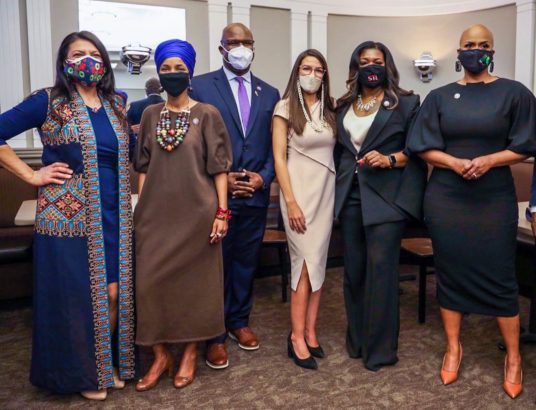 Republican Congress members flip out over the removal of an extra $1 billion gift to Israel on a budget bill (that they weren’t going to vote for anyway). Activists for justice for Palestinians hail the event as “an unprecedented moment for Palestinian rights.”

House Democrats removed funding for Israel’s Iron Dome defense system from the short-term government spending bill yesterday, in what activists hailed as “an unprecedented moment for Palestinian rights.” The move came in response to pressure from progressive Congress members.

[NOTE: Congressional outrage over the removal of this $1 billion line item for Israel’s “self-defense” comes in the context of Israel’s ongoing aggression toward Palestinians – for example, Israeli military have, in the last 24 hours or so, shot a young man, abducted at least ten, attacked school children, bulldozed land, and illegally annexed over 11,000 acres of land.]

NEWS: House Democrats are removing the Iron Dome provision from the CR amid pushback from progressives

An eleventh hour request was tacked onto a bill that has to be passed in order to avert yet another government shutdown. It would have given Israel $1 billion to replenish its Iron Dome system, on top of the $3.8 billion in military aid that it already gets from the United States government.

[NOTE: beyond Israel’s standard $3.8 billion per year in military aid, Congress is considering additional funding for Israel through various programs, which could potentially almost double our expenditures for Israel.]

A member of Congress told The Times of Israel that Ocasio-Cortez and McCollum pushed House Speaker Nancy Pelosi (D-CA) to remove the funding with mediation from Rep. Rosa Delauro (D-CT).

House Republicans weren’t expected to back the spending bill with or without the funding, but that didn’t stop many of them from denouncing the move. House Minority leader Kevin McCarthy (R-CA) said that Democrats were capitulating “to the antisemitic influence of their radical members.”

While Dems capitulate to the antisemitic influence of their radical members, Republicans will always stand with Israel.

[NOTE: see the timeline here to understand the sequence of events that led to this escalation – in which 260 Palestinians and 13 Israelis were killed.]

“The Iron Dome saved lives and helped limit civilian casualties during this terrifying escalation. There is strong bipartisan support to supply our friend and ally Israel with the tools to defend itself against future threats and I would urge Democrat leaders to reconsider this dangerous decision.”

The decision was also publicly criticized by a number of pro-Israel Democrats in the House. Rep. Ted Deutch (D-FL) said that he was “incredibly angry” and “bitterly disappointed.”

Rep. Ritchie Torres (D-NY) tweeted, “A missile defense system (i.e. Iron Dome) defends civilians from missiles. Hence the name. Only in a morally inverted universe would this be considered a ‘controversy.’”

A missile defense system (i.e. Iron Dome) defends civilians from missiles. Hence the name. Only in a morally inverted universe would this be considered a “controversy.” https://t.co/z8moIdqWg1

Rep. Josh Gottheimer (D-NJ) said that Iron Dome “protects innocent civilians in Israel from terrorist attacks and some of my colleagues have now blocked funding it. We must stand by our historic ally — the only democracy in the Middle East.”

The development was praised by activist organizations. “The times are changing. Congress is no longer a place that will rubber stamp unconditional military funding for the Israeli government,” tweeted Jewish Voice for Peace Action. “This is an unprecedented moment for Palestinian rights.”

The times are changing. Congress is no longer a place that will rubber stamp unconditional military funding for the Israeli government.

This is an unprecedented moment for Palestinian rights. https://t.co/IIds3JJbGP

“The courageous and principled progressive Members of Congress who just succeeded in stripping out $1 billion in additional weapons to Israel from today’s continuing resolution have effectively ended our decades-long policy of providing a blank check to Israel to oppress the Palestinian people,” said Americans for Justice in Palestine Action Executive Director Dr. Osama Abuirshaid in a statement. “Through their action, they’ve stated that enough is enough.”

Today, I spoke with @YairLapid, Israel’s Minister of Foreign Affairs, to discuss my strong support for Iron Dome funding. I reiterated my commitment to ensuring Israel receives this needed aid & reaffirmed the importance of bipartisan support for Israel.

The House has to pass the bill by September 30 to keep the government funded through the beginning of December.