You Are Here: Home → A history of the US blocking UN resolutions against Israel

A history of the US blocking UN resolutions against Israel 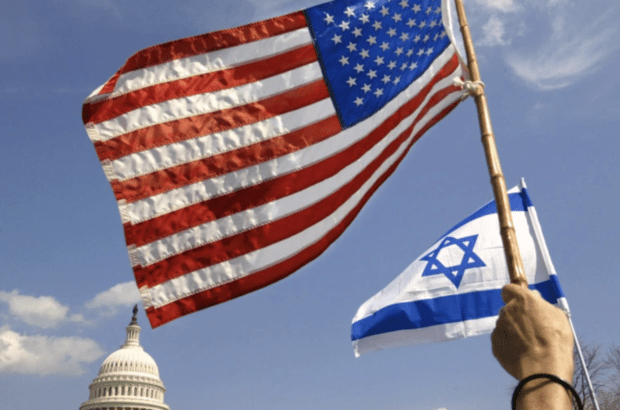 Over the past five decades, the United States has blocked at least 53 UN Security Council resolutions critical of Israel – 3 in just the last week.

The United States has vetoed dozens of United Nations Security Council (UNSC) resolutions critical of Israel, including at least 53 since 1972, according to UN data.

With the latest escalation of violence between Israel and the Palestinians now in its tenth day, the US has stuck to that playbook. On Monday, Washington blocked a joint statement calling for an immediate ceasefire between Israel and Hamas – the US’s third such veto reportedly within a week.

The US’s unequivocal support of Israel has seen it thwart UN resolutions condemning violence against protesters, illegal Israeli settlements in the occupied West Bank built since 1967 and even calls for an investigation into the 1990 killing of seven Palestinian workers by a former Israeli soldier.

Here are a few of the major vetoes cast by the US over the years:

Palestinians in Gaza began protesting at the Israeli border fence in March 2018, calling for the “right of return” to ancestral homes from which their families were expelled in 1948 during what Palestinians call the “Nakba”, or the creation of the state of Israel. The UN estimates 750,000 Palestinians were expelled that year.

Palestinians faced sniper fire from Israeli forces during the year-long protests, which killed at least 266 people and injured roughly 30,000 more, according to Gaza’s health ministry.

On June 1, 2018, the UNSC drafted a resolution (PDF) expressing “grave concern at the escalation of violence and tensions” since the protests began and “deep alarm at the loss of civilian lives and the high number of casualties among Palestinian civilians, particularly in the Gaza Strip, including casualties among children, caused by the Israeli forces”.

The US vetoed the resolution (PDF), with then-US Ambassador to the UN Nikki Haley saying it presented “a grossly one-sided view of what has taken place in Gaza in recent weeks”.

Haley blamed Hamas for the violence.

US recognition of Jerusalem as Israel’s capital

East Jerusalem is meant to be the capital of a future Palestinian state, as outlined in international agreements. But the area has been occupied by Israel since 1967, when Israeli forces defeated forces from Jordan – which controlled East Jerusalem and the West Bank at the time – Egypt, Syria and allied Palestinians, to occupy all of historic Palestine.

The status of occupied East Jerusalem was meant to be determined through peace negotiations. International law, including UNSC resolutions, state that East Jerusalem is not to be considered Israeli territory.

A draft resolution (PDF) from December 18, 2017, wrote “that any decisions and actions which purport to have altered, the character, status or demographic composition of the Holy City of Jerusalem have no legal effect, are null and void and must be rescinded in compliance with relevant resolutions of the Security Council”.

In blocking the UN resolution, Haley said (PDF) the US “had the courage and honesty to recognize a fundamental reality. Jerusalem has been the political, cultural and spiritual homeland of the Jewish people for thousands of years.”

The provocative act sparked long-simmering frustrations over the failed promises of the Oslo Accords to end Israel’s occupation of Palestinian lands.

But the occupation continued into 2000, with Israeli settlements increasing and Palestinian sovereignty nowhere in sight.

In contrast to the First Intifada in the late 1980s and early 1990s that was largely peaceful, the Second Intifada was very violent, with Palestinian armed groups attacking Israeli forces and a sharp increase in suicide attacks against Israeli civilian centres.

The death toll stood at over 3,000 Palestinians and close to 1,000 Israelis, along with 45 foreigners, according to a BBC tally.

A draft UNSC resolution (PDF) from December 2001 expressed “grave concern at the continuation of the tragic and violent events that have taken place since September 2000”, condemned attacks against civilians and called for peace talks to resume.

When vetoing the resolution, then-US Ambassador to the UN John Negroponte said “the draft resolution before us fails to address the dynamic at work in the region. Instead, its purpose is to isolate politically one of the parties”.

The US has vetoed at least four UNSC resolutions condemning Israel’s settlements on Palestinian land, which are considered illegal under international law.

These settlements have exploded under the rule of hawkish Israeli Prime Minister Benjamin Netanyahu, who began his current term in 2005. They have long been considered a major roadblock to achieving a Palestinian state.

US vetoes of resolutions condemning Israel’s settlements date back to at least 1983. The most recent was in 2011 (PDF), when a draft resolution aimed to reaffirm “all Israeli settlement activities in the Occupied Palestinian Territory, including East Jerusalem, are illegal and constitute a major obstacle to the achievement of peace on the basis of the two-State solution”.

Then-US Ambassador to the UN Susan Rice said Washington agreed that settlement activity is illegal, but “we think it unwise for this Council to attempt to resolve the core issues that divide Israelis and Palestinians. Therefore, regrettably, we have opposed this draft resolution.”

Rice served under former President Barack Obama, who caused diplomatic controversy in 2016, months before he left office to be succeeded by Trump, when he instructed the US to abstain from blocking a similar UNSC resolution against Israeli settlement activity.

US President Joe Biden, who served as Obama’s vice president, is known for his support of Israel. But he is facing pressure from progressive Democrats and others to take a greater role in supporting Palestinian rights.

Biden publicly voiced support for a ceasefire on Monday, a demand posed in a letter signed by 25 Democratic lawmakers. But he has also stuck with Washington’s long-established policy of failing to acknowledge the deeply asymmetric nature of the Israeli-Palestinian conflict by expressing his unwavering support for Israel and its “right to defend itself”.