You Are Here: Home → Gaza border protest: reading between the tweets 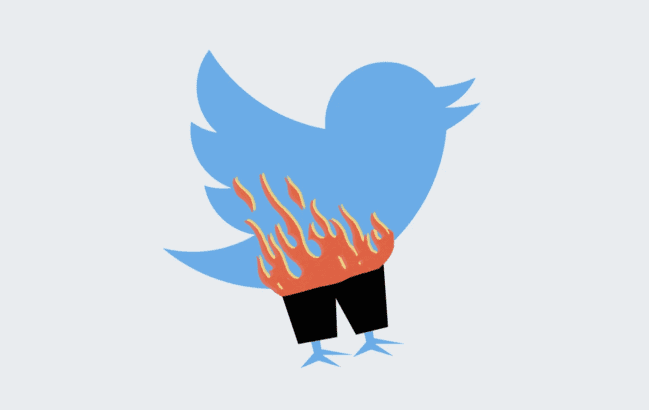 Tweet by tweet, the breaking news editor of the Times of Israel selectively tells the story of a protest in Gaza. We fill in the missing pieces.

As Gazans grow more desperate for a return to “normal,” the ruling party, Hamas last week called for a demonstration at the Gaza border to put pressure on Israel to move forward. The standard story of that demonstration – as told and retold around the world – is full of gaps in logic that we’ve been conditioned to ignore.

The breaking news editor at Times of Israel, Emanuel (Mannie) Fabian, tweeted throughout Saturday’s protest. The snapshots he provides are significant in terms of what they tell audiences – and what they leave out.

This demonstration is reminiscent of the Great March of Return protests in 2018-2019, during which Palestinians were essentially unarmed and nonviolent.

Fabian tweets that Israel is ready to rumble:

Demonstration near the Gaza border set to begin shortly. The IDF bolstered forces in the area in case of violence along the fence. pic.twitter.com/33hlkFyPDv

While Fabian suggests that the Israeli military is on hand “in case of violence,” one may wonder whether they might be the cause of violence.

Hundreds of Palestinians arrive at the Gaza border to participate in demonstrations pic.twitter.com/5lEmKTWsfo

A Palestinian news site posted this video of the protesters arriving:

Watch | Thousands of Palestinians demonstrate at the east border of the Gaza Strip against the Israeli siege and to mark the anniversary of the Al-Aqsa Mosque arson, today. pic.twitter.com/wIAU6rj0Yq

Men, women, and children arrive at the Gaza protest empty-handed, wearing tee shirts, flip flops, and baseball caps. This is not a mob preparing to storm the border or attack Israeli civilians.

When Palestinians climb on the fence erected by Israel, some of them can see their land, from which they were exiled in 1948 as part of the ethnic cleansing that birthed Israel.

More from the Gaza border pic.twitter.com/zRCxSR74gJ

Although the Gazan protesters pose no actual threat to anyone, Israeli forces begin using tear gas as a crowd dispersal method:

Tear gas deployed on the Gaza border amid protests pic.twitter.com/RP5yzTWr4x

Heavy gunfire heard on the Gaza border amid protests. Unverified reports claim a number of demonstrators have been wounded, unclear from what.

There’s “heavy gunfire,” but no indication of which side is shooting. There are wounded demonstrators – Palestinian, of course – but how they were injured is “unclear.” Did they trip over a tree stump? Get in a fistfight? Get trampled by wild buffalo?

Then Fabian concedes that Israeli forces are causing the Palestinian injuries. (No Israelis have been injured yet.)

17 wounded, including 1 seriously from IDF fire amid protests along the Gaza border. pic.twitter.com/BwJxwFekwY

The most menacing actions by Palestinians are reportedly tossing stones, Molotov cocktails, and fireworks over the wall.

Suddenly, the situation takes a turn.

One Gazan protester ups the ante

One Israeli soldier was apparently instructed to poke his gun through a gap in the wall. Things went downhill for him after that:

Palestinians appear to attempt to snatch an IDF soldier's gun through a hole in the Gaza border fence amid the protests. Unclear why a soldier was positioned there. pic.twitter.com/8Vdw89aZfr

Here is a closer look at what happened (warning – disturbing):

Another angle of the incident on the Gaza border shows a Palestinian apparently shooting with a handgun through the hole in the border wall, before the others try to snatch the IDF soldier's rifle. pic.twitter.com/ko69mHH4QW

A few minutes later, the official response from the Minister of Defense:

Which violent incidents is he referring to? The tear gas shot by Israeli troops? The Israeli guns that wounded at least 17 Gazan protesters, one of them seriously? The Israeli gun that poked out and waved around, “shooting randomly”?

No. To Gantz, the only unjustified violence was when a single Palestinian retaliated for 14+ years of collective punishment and 4 lopsided wars that have taken thousands of civilian Gazan lives.

The irony of Gantz’s statement only grows when final casualty figures are announced from the Gaza protest:

Thinking back to that first tweet, “The IDF bolstered forces in the area in case of violence along the fence,” there would have been zero injuries (both Palestinian and Israeli) if Israeli forces had stayed home.

Later, TOI would report that the concrete wall, built by Israel after protests in 2018, “only works as a proper defensive position when rioters are a good distance away…If rioters get close to the wall, however, the Israeli soldiers on the other side effectively lose all visibility and are left open to attack, as appears to have occurred on Saturday, according to the military’s initial findings.”

The Israeli sniper was shot because of a “blind spot” – not because he and the other armed forces are part of the oppressive regime that is keeping Gaza under siege and regularly dropping bombs on them.

Fabian then calls attention to another Palestinian with a weapon:

And not only a shooting attack, another Palestinian can be seen carrying a machete next to the Gaza border fence.

This type of incident is often described in mainstream media as “cross-border violence,” as though 2 relatively matched sides are exchanging fire. But the phrase does not reflect reality when nearly all of the violence is coming from one side.

An Israeli military statement later in the day would claim, “During the riots there was live fire from the Gaza Strip, from which an Israeli Border Police soldier was injured.” Again, the reality is unrecognizable: shots were fired from the Gaza side once.

On Sunday, Israeli PM Naftali Bennett would declare, “We will settle the score with anyone who harms our fighters and civilians.” His statement echoes the standard sentiment: Israel has the right to defend itself – and the implied corollary, Palestinians do not have that right.

A few hours later, Israel “responds” to the shooting of one of its soldiers:

Site near Gaza City targeted with 6 missiles according to Palestinian reports.

Footage of one of the IDF strikes in central Gaza tonight pic.twitter.com/8dqJhZfpDF

Israel (one of the greatest military powers in the world) “bolstered its forces” at the Gaza border, spent a day behind a concrete wall, shooting at least 41 Palestinians and seriously wounding a child. Gazans at the border had little more than one pistol and a machete, and wounded one Israeli soldier – and Israel feels justified in bombing entire Gazan weapons manufacturing facilities (such as they are). Yet a Palestinian may not attack a single weapon-wielding Israeli soldier.

As is always the case when something happens that Israel doesn’t like, Hamas was blamed for the shooting incident – as though the governing body of Gaza is responsible for the safety of the occupying army as it enforces its brutal occupation.

Hamas stated the intent of the ongoing protests: “We will continue activities without hesitation or retreat until Israel stops harming Jerusalem and our people in the West Bank, and until the siege on the Gaza Strip is lifted. Israel must take legal and humanitarian responsibility.”

As Gazans gear up for another protest on Wednesday, additional Israeli troops are on their way to the border. They will likely not bring calm to the enclave. Clearly Palestinians have had enough.