You Are Here: Home → Friedman drove the radical overhaul of US policy on Israel-Palestine

Friedman drove the radical overhaul of US policy on Israel-Palestine 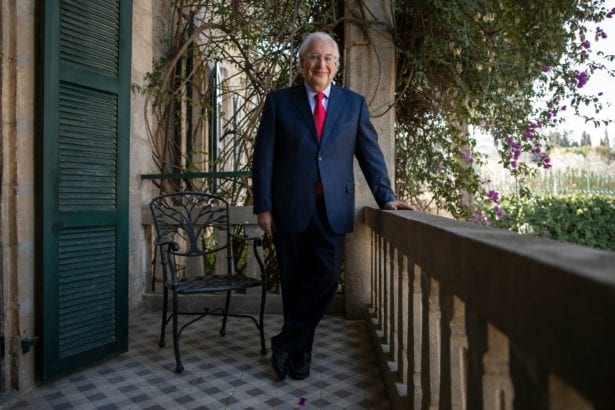 (David Friedman at an embassy residence in Jerusalem. “He set a very ambitious agenda,” Jared Kushner said.Credit...Dan Balilty for The New York Times)

By David M. Halbfinger, reposted from The New York Times

JERUSALEM — Love him or hate him, and most people who have paid attention fall into one camp or the other, Ambassador David M. Friedman will complete his tour of duty in Israel this month having etched his name in history as one of America’s most influential envoys.

It was Mr. Friedman, 62, who drove the radical overhaul of White House policy toward the Israeli-Palestinian conflict, dreaming up the seemingly endless list of political giveaways that President Trump bestowed upon Prime Minister Benjamin Netanyahu and his supporters on the Israeli right.

“He set a very ambitious agenda,” said Jared Kushner, the president’s son-in-law, who oversaw the White House Middle East team. “Quite frankly, toward the end, we were almost running out of things to accomplish because David had gotten done so many things that were unthinkable.”

His opponents agreed. The Palestinian Authority president, Mahmoud Abbas, called him a “son of a dog” and refused to meet with him. Liberal Jewish groups accused him of trying to kill a two-state solution.

The Trump administration said it wanted to achieve peace. It will leave office this month as far away from that goal as ever.

But casting aside any notion of evenhandedness freed the administration to move ahead with a raft of policies previous administrations had resisted.

Recognizing Jerusalem as Israel’s capital in 2017 and moving the embassy there from Tel Aviv broke with decades of American policy and, critics said, got no concessions from Israel in return. And that was only the beginning.

Mr. Friedman upended the established policy treating Jewish settlements in the occupied West Bank as impediments to peace, illegal and off-limits to American officials. He declared them part of Israel, assuring their residents that they would never face evacuation and that the United States no longer saw them as thieves of stolen land.

A donor to and strident advocate for the settlements in his prediplomatic life, Mr. Friedman made a point of visiting them and banished the term “occupied” from State Department documents.

“He normalized a lot of behavior and a lot of statements where we’ve really shifted U.S. policy,” Mr. Kushner said.

The White House cut Palestinians’ financial aid to zero, tried to scuttle their refugee agency, denounced their leaders, and ran their emissaries out of Washington.

The Trump peace plan unveiled a year ago, adopted the Israeli government’s stance on nearly every major outstanding issue. The Israelis had to accept little more than the fact of a Palestinian state; the Palestinians had to swallow almost everything else.

Looking back on his four years, Mr. Friedman exulted in how prolifically and, he argued, irrevocably the administration had altered the way the conflict is seen.

“There’s no going back on what we’ve been able to do,” he said in an interview Monday in a building that had been home to the U.S. mission to the Palestinians until he disbanded it. “I’m frankly somewhere between addicted and intoxicated with what I’ve been able to do, and how much joy it gives me.”

That much is undisputed. Lara Friedman, an outspoken critic of Mr. Friedman (and no relation) who heads the Foundation for Middle East Peace, noted that some former Obama administration officials who advocate undoing some Trump policies have nonetheless suggested that the Biden administration tolerate or even green-light settlement expansion in parts of the West Bank.

“David Friedman has every reason to be patting himself on the back,” she said.

Mr. Friedman did not get everything he wanted. He pushed mightily for Mr. Netanyahu to annex large chunks of the West Bank, even wading into annexation talks between the prime minister and his coalition partners. (“I was invited,” he said.)

But he said he was “elated” with how things worked out: Instead of annexation, Israel got normalization deals with four Arab countries. And annexation was merely suspended, not abandoned.

He said he believed Israel would “continue a process that, hopefully, we’ve been helpful in starting, of determining internally — forget about the rest of the world — what its eastern border should be.” Asked whether such a border should be negotiated with people on the other side, he said that was preferable but not mandatory.

“They can act unilaterally,” he said. “It’s suboptimal, but at some point, it’s just sort of necessary just to move on.”

Mr. Friedman, a blunt-spoken rabbi’s son from North Woodmere, N.Y., who relishes an argument and comes across as harboring few inner doubts, attributed his effectiveness to his “deep knowledge” and “very strong views” on the issues.

Indeed this past week, as other appointees quit or denounced Mr. Trump, Mr. Friedman did neither, eventually issuing a statement on Friday praising the country’s “resilience in the face of unprecedented stress” without blaming anyone for it.

Mr. Friedman had been Mr. Trump’s bankruptcy lawyer, a relationship that emboldened him to short-circuit ordinary procedures and the chain of command.

Soon after arriving in Israel in 2017, he said, he was invited to a ceremony celebrating the unification of Jerusalem — the 1967 capture by Israeli forces of East Jerusalem, which the Palestinians envision as their capital. Hours beforehand, a senior State Department official phoned and told him he could not attend: The Palestinians would be upset.

Mr. Friedman bridled. “Take down this number,” he said he told the official. If the person who answers says Mr. Friedman should not go, he would stand down.

“Whose number is it?” the official asked. “It’s the president’s private number,” he said he replied. “And that was the last I heard about that.”

His access to Mr. Trump — early on, he said, they spoke weekly and met monthly — brought unusual power for an ambassador, which he exploited to press an approach intended to get the Palestinians to lower their expectations.

Previous administrations, he said, had struggled merely to bring the Palestinians to the bargaining table. Waiting for the Palestinians to agree to talks before moving forward gave them a veto over the process, Mr. Friedman said, which only encouraged them to adopt unreasonable demands.