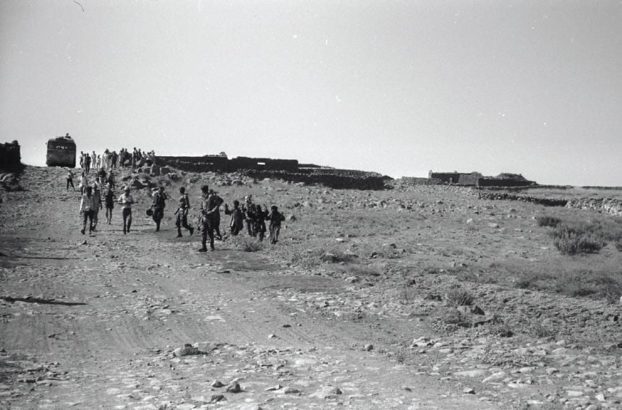 Syrian civilians, hands raised, before Israeli soldiers, leave their homes in the Occupied Syrian Golan. As a result of the mass forcible eviction it is estimated that there are as many as half a million displaced native Syrian Golan exiles currently being denied their right to return by the Israeli authorities.

UPDATE: Jewish Insider has changed its original headline from the above to: “Following Jerusalem, is Golan Heights next?” and has added a note stating that the previous headline was a “mistake.”

The article, by Aaron Magid, reports that in response to to a query from Jewish Insider, Ambassador Dermer replied that the Golan Heights is an ‘issue that we’ve raised many times. We think all governments should recognize our sovereignty there. So yes, the answer for that would be yes. Maybe we’ll have another historic day during the Trump Presidency. We’ll see. Meanwhile, we should all appreciate what happened Wednesday.’”

Israel conquered the Golan Heights in its 1967 war of aggression, and in 1981 the Israeli Knesset voted to annex it. However, such annexations are illegal under international law and the U.S. and other countries do not recognize it.

Since 1967 Israel has destroyed 340 Syrian villages and farms. The area now is largely empty. For more information go here, here and here. See also this.] 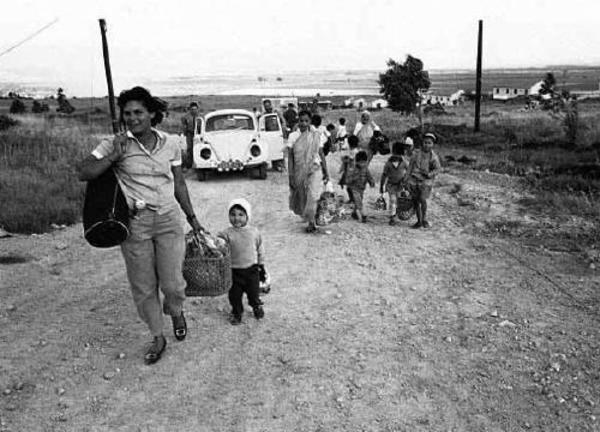