You Are Here: Home → Fake news could serve as a pretext for war against Iran on behalf of Israel 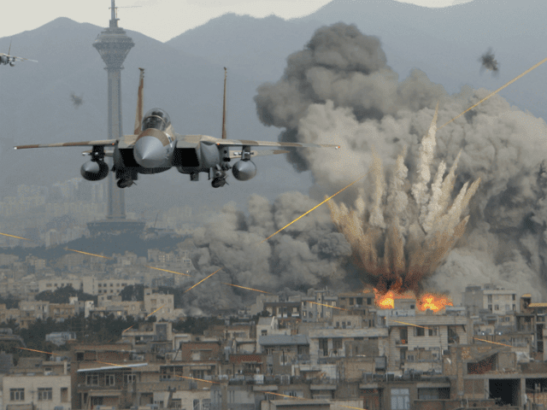 Pro-Israel foundations in DC are promoting attacks on Iran… ‘As an ex-CIA case officer who worked on the Iran target for a number of years, I was shocked when I read the Washington Times’ article—it sounded like a repeat of the fabricated intelligence that was used against Iraq…’

Observers of developments in the Middle East have long taken it as a given that the United States and Israel are seeking for an excuse to attack Iran. The recently terminated conference in Warsaw had that objective, which was clearly expressed by Israeli Prime Minister Benjamin Netanyahu, but it failed to rally European and Middle Eastern states to support the cause.

On the contrary, there was strong sentiment coming from Europe in particular that normalizing relations with Iran within the context of the 2015 multi party nuclear agreement is the preferred way to go both to avoid a major war and to prevent nuclear weapons proliferation.

There are foundations in Washington, all closely linked to Israel and its lobby in the U.S., that are wholly dedicated to making the case for war against Iran.

They seek pretexts in various dark corners, including claims that Iran is cheating on its nuclear program, that it is developing ballistic missiles that will enable it to deliver its secret nuclear warheads onto targets in Europe and even the United States, that it is an oppressive, dictatorial government that must be subjected to regime change to liberate the Iranian people and give them democracy, and, most stridently, that is provoking and supporting wars and threats against U.S. allies all throughout the Middle East.

Deconstructing the claims against Iran

Dissecting the claims about Iran, one might reasonably counter that rigorous inspections by the United Nations International Atomic Energy Agency (IAEA) confirm that Tehran has no nuclear weapons program, a view that is supported by the U.S. intelligence community in its recent Worldwide Threat Assessment.

Beyond that, Iran’s limited missile program can be regarded as largely defensive given the constant threats from Israel and the U.S. and one might well accept that the removal of the Iranian government is a task best suited for the Iranian people, not delivered through military intervention by a foreign power that has been starving the country through economic warfare.

And as for provoking wars in the Middle East, look to the United States and Israel, not Iran.

So the hawks in Washington, by which one means National Security Adviser John Bolton, Secretary of State Mike Pompeo and, apparently President Donald Trump himself when the subject is Iran, have been somewhat frustrated by the lack of a clear casus belli to hang their war on.

No doubt prodded by Netanyahu, they have apparently revived an old story to give them what they want, even going so far as to develop an argument that would justify an attack on Iran without a declaration of war while also lacking any imminent threat from Tehran to justify a preemptive strike.

What may be the new Iran policy was recently outlined in a Washington Times article, which unfortunately has received relatively little attention from either the media, the punditry or from the few policymakers themselves who have intermittently been mildly critical of Washington’s propensity to strike first and think about it afterwards.

The article is entitled “Exclusive: Iran-al Qaeda alliance May Provide Legal Rationale for U.S. military strikes.” The article’s main points should be taken seriously by anyone concerned over what is about to unfold in the Persian Gulf because it is not just the usual fluff emanating from the hubris-induced meanderings of some think tank, though it does include some of that. It also cites government officials by name and others who are not named but are clearly in the administration.

As an ex-CIA case officer who worked on the Iran target for a number of years, I was shocked when I read the Times’ article, primarily because it sounded like a repeat of the fabricated intelligence that was used against both Iraq and Iran in 2001 through 2003.

It is based on the premise that war with Iran is desirable for the United States and, acting behind the scenes, Israel, so it is therefore necessary to come up with an excuse to start it.

As the threat of terrorism is always a good tactic to convince the American public that something must be done, that is what the article tries to do and it is particularly discouraging to read as it appears to reflect opinion in the White House.

As I have been writing quite critically about the CIA and the Middle East for a number of years, I am accustomed to considerable push-back from former colleagues.

But in this case, the calls and emails I received from former intelligence officers who shared my experience of the Middle East and had read the article went strongly the other way, condemning the use of both fake and contrived intelligence to start another unnecessary war.

The article states that Iran is supporting al Qaeda by providing money, weapons and sanctuary across the Middle East to enable it to undertake new terrorist attacks. It is doing so in spite of ideological differences because of a common enemy: the United States.

Per the article and its sources, this connivance has now “evolved into an unacceptable global security threat” with the White House intent on “establishing a potential legal justification for military strikes against Iran or its proxies.”

Authorization to Use Military Force

One might reasonably ask why the United States cares if Iran is helping al Qaeda as both are already enemies who are lying on the Made in U.S.A. chopping block waiting for the ax to fall.

The reason lies in the Authorization to Use Military Force, originally drafted post 9/11 to provide a legal fig leaf to pursue al Qaeda worldwide, but since modified to permit also going after “associated groups.” If Iran is plausibly an associated group then President Trump and his band of self-righteous maniacs egged on by Netanyahu can declare “bombs away Mr. Ayatollah.”

And if Israel is involved, there will be a full benediction coming from Congress and the media. So is this administration both capable and willing to start a major war based on bullshit? You betcha!

The Times suggests how it all works as follows: “Congressional and legal sources say the law may now provide a legal rationale for striking Iranian territory or proxies should President Trump decide that Tehran poses a looming threat to the U.S. or Israel and that economic sanctions are not strong enough to neutralize the threat.”

The paper does not bother to explain what might constitute a “looming threat” to the United States from puny Iran but it is enough to note that Israel, as usual, is right in the middle of everything and, exercising its option of perpetual victim-hood, it is apparently threatened in spite of its nuclear arsenal and overwhelming regional military superiority guaranteed by act of the U.S. Congress.

Curiously, though several cited administration officials wedded to the hard-line against Iran because it is alleged to be the “world’s leading state sponsor of terrorism” were willing to provide their opinions on the Iran-al Qaeda axis, the authors of the recent Worldwide Threat Assessment issued by the intelligence community apparently have never heard of it.

The State Department meanwhile sees an Iranian pipeline moving al Qaeda’s men and money to targets in central and south Asia, though that assessment hardly jives with the fact that the only recent major attack attributed to al Qaeda was carried out on February 13th in southeastern Iran against the Iranian Revolutionary Guard, a bombing that killed 27 guardsmen.

The State annual threat assessment also particularly condemns Iran for funding groups like Hezbollah and Hamas, both of which are, not coincidentally, enemies of Israel who would care less about “threatening” the United States but for the fact that it is constantly meddling in the Middle East on behalf of the Jewish state.

And when in doubt, the authors of the article went to “old reliable,” the leading neocon think tank the Foundation for the Defense of Democracies, which, by the way, works closely with the Israeli government and never, ever has criticized the state of democracy in Israel.

One of its spokesmen was quick off the mark: ““The Trump administration is right to focus on Tehran’s full range of malign activities, and that should include a focus on Tehran’s long-standing support for al Qaeda.”

Indeed, the one expert cited in the Times story who actually is an expert and examined original documents rather than reeling off approved government and think tank talking points contradicted the Iran-al Qaeda narrative.

“Nelly Lahoud, a former terrorism analyst at the U.S. Military Academy and now a New America Foundation fellow, was one of the first to review documents seized from bin Laden’s hideout in Abbottabad, Pakistan.

She wrote in an analysis for the Atlantic Council this fall that the bin Laden files revealed a deep strain of skepticism and hostility toward the Iranian regime, mixed with a recognition by al Qaeda leaders of the need to avoid a complete break with Tehran. In none of the documents, which date from 2004 to just days before bin Laden’s death, ‘did I find references pointing to collaboration between al Qaeda and Iran to carry out terrorism,’ she concluded.”

So going after Iran is the name of the game even if the al Qaeda story is basically untrue.

The stakes are high and whatever has to be produced, deduced or fabricated to justify a war is fair game. Iran and terrorism? Perfect. Let’s try that one out because, after all, invading Iran will be a cakewalk and the people will be in the streets cheering our tanks as they roll by. What could possibly go wrong?

Philip M. Giraldi, Ph.D., is a former CIA counter-terrorism specialist and military intelligence officer who served nineteen years overseas in Turkey, Italy, Germany, and Spain. He was the CIA Chief of Base for the Barcelona Olympics in 1992 and was one of the first Americans to enter Afghanistan in December 2001. He is Executive Director of the Council for the National Interest, a 501(c)3 tax deductible Washington-based advocacy group that seeks to encourage and promote a U.S. foreign policy in the Middle East that is consistent with American values and interests.