You Are Here: Home → Despite coronavirus-caused cutbacks, Israel expects to get full $3.8 billion 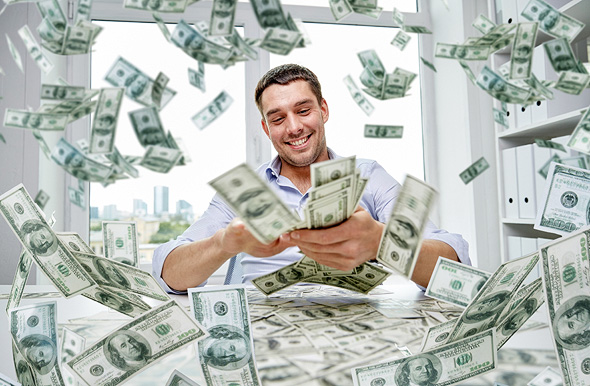 Image from 2019 Israeli report: “Israelis Among Top Gainers in Wealth Over Past Year” (Shutterstock)

Despite 26 million Americans out of work and tens of millions impacted by coronavirus cutbacks, experts expect that Israel will get its full massive aid package, $10.5 million per day. Administration official says Israelis don’t have to worry “even if there is a depression”… and even though the aid is damaging to Americans…

Israel’s Jerusalem Post newspaper reports that “nearly all the experts” it consulted believe that Israel will get at least $3.8 billion from the U.S. in the coming year despite economic devastation to the U.S. economy caused by the coronavirus pandemic.

JP notes that the aid is expected even though “American economic activity has declined in recent weeks at a rate not seen since the Great Depression.” Barron’s similarly reports that the entire U.S. economy “has been brutalized” by the coronavirus pandemic.

UPDATE: Israel reportedly may ask for the aid to be disbursed early this year, and may ask for double the usual amount.

UPDATE, May 15: the Senate Foreign Relations Committee is now poised to vote for the 10-year package to give Israel $38 billion.

“Whatever happens next, the events of the past six weeks will scar the U.S. economy well into the 2030s, if not beyond,” Barron’s predicts. “Tens of millions of Americans are already paying the price, and they will continue to do so for a long time.”

Nevertheless, the Jerusalem Post reports, a “Trump administration source” said that Israel would not need to worry about getting the money “even if there is a depression” in the U.S.

For decades Israel has received more U.S. tax money than any other country – on average, about 7,000 times more per capita than to others around the world.

The current aid to Israel is part of a package promised by the Obama administration in 2016 under which Israel would get $38 billion over the next 10 years – the largest such package in U.S. history.

The aid package works out to $7,230 per minute to Israel, and equals about $23,000 per each Jewish Israeli family of four.

Under the Obama-Netanyahu Memorandum of Understanding (MOU), the $3.8 billion per year was to be a ‘ceiling’ – the agreement was that Israel would not ask for more money on top of this annual disbursement.

However, an MOU is a non-binding agreement and can be changed. Therefore, Israel partisans in Congress have introduced bipartisan legislation that would make it into law – and the legislation before Congress makes the terms even more beneficial to Israel than the MOU.

Under the current bill before Congress, the $38 billion would be a ‘floor’ rather than a ‘ceiling,’ meaning that aid could increase, as it almost always has in the past. (The bill is co-sponsored by 150 Republicans and 142 Democrats.)

Israel and its partisans claim that U.S. aid to Israel is supposedly good for the U.S. because Israel spends most of the aid money on U.S. weaponry. (All other nations that receive U.S. military aid are required to spend 100 percent of it on U.S. equipment.).

However, if the U.S. wishes to subsidize U.S. companies, the Pentagon and/or other U.S. agencies could simply buy more equipment themselves, and let Israelis use their own money to purchase weaponry.

Similarly, Israel and its advocates often claim that Israel is America’s “aircraft carrier” in the Middle East. However, it is actually American soldiers who have fought and died for Israel through the years.

Aid to Israel is also problematic for other reasons. Israel has a long record of human rights violations, as documented by Human Rights Watch, the Red Cross, Christian Aid, Amnesty International, Oxfam, and numerous other humanitarian agencies.

For these reasons, providing Israel with massive amounts of money and weaponry is antithetical to most Americans’ moral and ethical principles.

In addition, such aid creates dangerous hostility to the U.S. Bin Laden, for example, listed U.S. support for Israeli crimes as one of the major reasons for his opposition to the United States.

Israel is not an ally

Israel has a history of spying on the U.S, stealing American technology, and involving Americans in wars on its behalf.

Former CIA and military intelligence officer Philip Giraldi spoke of this in a speech at the National Press Club in 2014, but CNN, Fox News, PBS, NBC, etc. didn’t show it to Americans:

McGovern was an extremely high level official. He served as a CIA analyst for 27 years, from the administration of John F. Kennedy to that of George H. W. Bush. His duties included chairing National Intelligence Estimates and preparing the President’s Daily Brief, which he briefed one-on-one to President Ronald Reagan’s five most senior national security advisers from 1981 to 1985. He received the Intelligence Commendation Medal at his retirement. Below is an interview with him:

In addition, Israel tried to sink a U.S. Navy ship in an action that four-star Admiral Thomas Moorer called “an act of war against the United States.”

Admiral Moorer reported on his commission’s investigation into the attack in a public briefing on Capitol Hill in 2003, but almost no U.S. media reported the findings, among them:

Trump was going to be ‘neutral’ on Israel-Palestine

Aid to Israel is largely driven by the powerful and pervasive pro-Israel lobby in the U.S., which influences both major parties.

Mr. Trump has said in recent weeks that he would be “neutral” when it came to negotiating a peace accord between Israelis and Palestinians…  his blunt language rattled some Israelis, who worry that it might mean a less supportive United States.

Mrs. Clinton wasted no time in seizing on those fears. Her speech was a thunderous affirmation of American solidarity with Israel, with promises to buttress Israel’s military, combat anti-Semitism, police Iran on its nuclear program, crack down on Iranian proxies like Hezbollah, and thwart efforts to boycott Israeli products.”

Hillary Clinton suggested in a television interview in Israel, broadcast on Thursday, that the Islamic State is “rooting for Donald Trump’s victory” and that terrorists are praying, “Please, Allah, make Trump president of America.”

As Trump came under increasing attack through the years from the Democratic establishment, his policies eventually changed. Today, megadonor Sheldon Adelson is widely credited with driving Trump’s Mideast policies. (Adelson once said that he regretted serving in the U.S. Army instead of the Israeli military.)

Israeli companies to get coronavirus grants

Israeli media report that there is an additional way that Israelis will likely obtain money from the U.S. during the COVID-19 crisis. Israel’s leading financial daily reports: “Israeli Companies Can Cash In On $10 Million Check from Trump.”

According to the Israeli website, CTech, Israeli companies are eligible for money from the U.S. business aid program: “Any company that has operations in the U.S. and employs workers there can apply under the $2 trillion CARES Business Assistance Program that was passed at the end of March. The company does not have to be registered as an American company but only has to have a U.S. subsidiary that pays salaries to U.S. employees.”

The loans, based on U.S. government collateral, are given at a 1% interest rate and don’t have to be repaid for two years, with a six month grace period – if the companies are even required to pay them back. There is a strong chance that many of the loans will turn into grants.

Will U.S. media report on this?

At a time when more and more Americans are out of work, and almost everyone else is facing cutbacks, giving Israel its full $3.8 billion package may cause concern.

However, given that U.S. media often fail to report on U.S. aid to Israel, the money may sneak through, once again, with most Americans having no idea how much of their tax money was just given away.

The Council for the National Interest has launched a petition that over a thousand people have signed so far: Stop the $3​.​8 Billion to Israel

Alison Weir is executive director of If Americans Knew, president of the Council for the National Interest, and author of Against Our Better Judgment: The Hidden History of How the U.S. Was Used to Create Israel. This article has been updated with additional information about Israel.

*CBS News reported on May 1 that at least 30 million Americans have now lost jobs.

The People Who Pushed for War

Against Our Better Judgment: The Hidden History of How the U.S. Was Used to Create Israel

A War for Israel