You Are Here: Home → Audacity: Israel to ask U.S. for $1 billion in emergency military aid 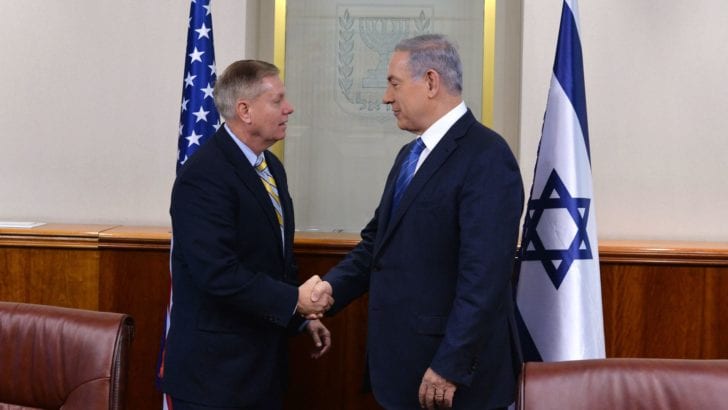 Israel just completed a massacre in Gaza, and is in the midst of ethnic cleansing in Jerusalem – so obviously, it needs to restock its military supplies. And obviously the US will be asked to pay for it.

Why it matters: Israeli officials say the aid is needed to replenish the Iron Dome aerial defense system and to purchase munitions for the Israeli air force — mainly precision-guided bombs. But several congressional Democrats have argued against providing additional weapons to Israel after at least 256 Palestinians were killed during last month’s fighting in the Gaza Strip, mainly by Israeli airstrikes.

What he’s saying: “There is going to be a request made by the Israelis to the Pentagon on Thursday for $1 billion in aid to replenish Iron Dome batteries. It will be a good investment for the American people. I will make sure in the Senate that they get the money,” Graham told Fox a day after meeting Netanyahu and Gantz in Israel.

Flashback: In 2016, Israel and the U.S. signed an agreement for $3.8 billion in military aid to Israel over 10 years, with Israel able to ask for additional funding in case of an emergency.