You Are Here: Home → Another Palestinian civilian dies from Israel’s attack on Gaza

Another Palestinian civilian dies from Israel’s attack on Gaza 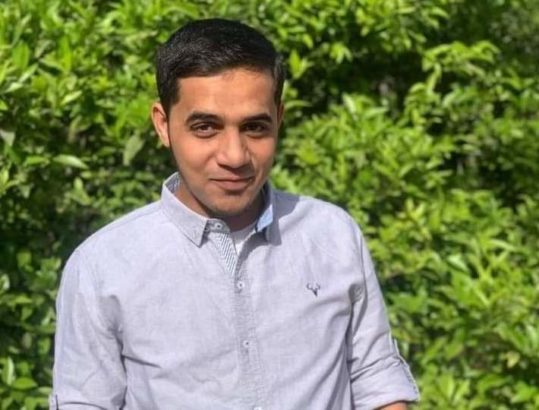 Anas Khaled Anshasi, 22, died in the Intensive Care Unit from wounds he suffered during the recent Israeli offensive on the Gaza Strip… In all, 49 Palestinians died in the onslaught, including 16 children… 1,764 homes were damaged

On Friday, Palestinian medical sources have confirmed that a young man died from serious wounds he suffered during the Israeli offensive on the Gaza Strip.

The Nasser Medical Center in Khan Younis, in the southern part of the Gaza Strip, said the young man, Anas Khaled Anshasi, 22, died in the Intensive Care Unit from his serious wounds despite all efforts to save his life.

The Health Ministry in Gaza said Anshasi’s death brings the number of Palestinians killed by Israeli missiles and shells during the three-day offensive (August 5, 6, and 7) on Gaza to 49, including one elder, three women, and sixteen children. The number of wounded Palestinians is 360, including 19 elders, 58 women, and 151 children. On Thursday, the Palestinian Health Ministry said a child, Layan Musleh Sha’er, 10, died from serious wounds she suffered during Israel’s recent onslaught on the Gaza Strip.

On Tuesday, The Palestinian Health Ministry in Gaza said Ibrahim Shehda Abu Salah, 41, died from serious wounds he suffered last Saturday, during the Israeli bombardment of Beit Hanoun, in the northern part of the Gaza Strip.

For a complete list of Palestinians and Israelis killed since 2000, visit Israel-Palestine Timeline.

IMEMC, International Middle East Media Center, was developed in collaboration between Palestinian and International journalists to provide independent news coverage of Israel-Palestine. It was founded in 2003 by the Palestinian Centre for Rapprochement. In 2021, IMEMC became a project of the American nonprofit organization If Americans Knew.