You Are Here: Home → Allan Brownfeld: Israel and American Jews are moving in different directions 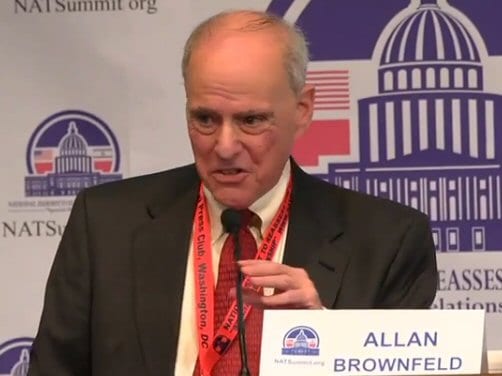 In his article “The Proverbial Couple” in the current print issue of Jerusalem Report, June 12, 2017 [not yet published online], Eliot Jager explores the changing relationship between American Jews and Israel. In many respects, his analysis underestimates the trends he observes.

The feeling is increasingly widespread among American Jews that Israel’s 50-year occupation, which is one of the longest military occupations of one people by another in modern history, its denial of basic political rights and human rights to Palestinians in the occupied territories, and its retreat from democracy within Israel itself, indicates that the moral and ethical values to which most American Jews are committed are not shared by those currently in power in Israel.

Israel calls itself a “Jewish” state, but it does not provide equal rights to non-Orthodox streams of Judaism.  American Jews are coming to understand that Israel is a theocracy, with an established religion, Orthodox Judaism.  In many respects, its view of the relationship between church and state, is closer to some of its Arab neighbors than to Western democracies.  In Israel, Reform, Conservative and Reconstructionist rabbis have no right to perform weddings, preside at funerals or have their conversions recognized.  There is no such thing as civil marriage.  Jews and non-Jews who wish to marry must leave Israel to do so.

Particularly objectionable  is Israel’s claim to be the “homeland” of all Jews.  The homeland of American Jews is and always has been the United States.  No other country in the world feels it has a right to speak in the name of men and women who are citizens of other countries.  In 1950, Israeli Prime Minister David Ben-Gurion signed an agreement which stipulated that “Jews of the United States have only one political attachment, namely to the United States of America.”  Benjamin Netanyahu repeatedly shows us that his view is quite different.

For most American Jews, Judaism is a source of personal meaning and spiritual fulfillment.  Clearly, Israel and American Jews are moving in different directions.   For American Jews, religion and nationality are separate and distinct.  Their religion is Judaism and their nationality is American, just as other Americans are Protestant Catholic or Muslim.Their worldviews are very much at odds.  Zionism and its notion of Jewish ethnicity, rather than the larger vision of Judaism as a universal, prophetic religion, which is relevant to men and women of every race and nation, is in retreat.  Mr. Jager understands that change is taking place, but it is far deeper than he suggests.

Allan C. Brownfeld is a nationally syndicated columnist and serves as Associate Editor of The Lincoln Review and editor of Issues. The author of five books, he has served on the staff of the U.S. Senate, House of Representatives and the Office of the Vice President. a C-Span.

The American Council for Judaism was formed in 1942 by leading Reform rabbis, primarily in opposition to Zionism. ACJ’s Statement of Principle: “We view Judaism as a universal religious faith, rather than an ethnic or nationalist identity…[We seek to] build a world of justice, freedom, and peace…We believe that although Israel is the birthplace of our faith, it is not the place of our national affiliation…As American Jews, our ties to the State of Israel are spiritual, emotional and historical, not, however, political.”