You Are Here: Home → Hedge fund billionaire creates charter schools that teach about Israel, “the Jewish miracle of the 20th century” 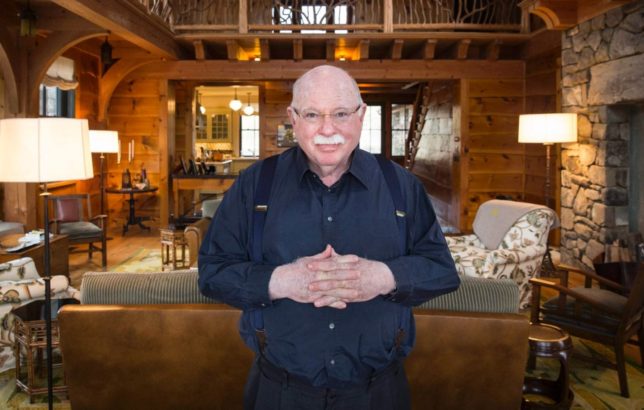 The Jewish Telegraphic Agency (JTA) reports that Michael Steinhardt, an atheist, billionaire, and “mega-philanthropist,” has poured millions into projects for American Jews. He is best known as the founder of Birthright Israel, a free, ten-day trip to Israel that is enjoyed by a large percentage of Jewish young adults. He also facilitates programming after the Birthright experience in order to maintain participants’ loyalty to Israel and Jewish culture.

Steinhardt believes that American Jewish education needs to change, and consequently has founded a network of Hebrew-language charter schools.

In these schools, Steinhardt explains, “Jewish kids…will learn a great deal about Israel…and there’s a great deal of emphasis on Israel, Zionism, stuff like that.” He adds that “Jews have accomplished so much, so inexplicably out of proportion to their numbers, in [the last] 300 years, and it’s one of the great failures of Jewish education that that’s not focused on at all.”

When pressed to explain why he, as an atheist, supports a Jewish education, he explained, “The modern state of Israel is the Jewish miracle of the 20th century, but it’s the secular part of Israel that’s the miracle…the development of a society out of nothing using Zionist ideals…Israel has become, for me, the substitute for religion.”

Steinhardt continued, “Israel is a complicated place in a strange part of the world…There are a substantial number of Jews who believe that Israel should leave the settlements, leave the West Bank…The more one understands about Israel, the more comfortable one becomes with the politics of the Israeli government.”

He went on to claim that “Israel is to me the most moral state on this planet, [even] with the occupation.”

If Americans Knew details the effects of the occupation to which Steinhardt refers: “In violation of international law, Israel has confiscated over 52 percent of the land in the West Bank and 30 percent of the Gaza Strip for military use or for settlement by Jewish civilians…From 1967 to 1982, Israel’s military government demolished 1,338 Palestinian homes on the West Bank. Over this period, more than 300,000 Palestinians were detained without trial for various periods by Israeli security forces.”

The occupation itself is illegal according to international law, as are Israeli settlements and their over 500,000 Jewish settlers, the separation wall, restriction of movement, detention without charge—including detention of minors, collective punishment, ethnic cleansing (through forced depopulation and other means), home demolition (close to 50,000 structures have been demolished since 1967), and human rights violations.

American Friends Service Committee (AFSC) reports on damaging effects of occupation on the Gaza Strip, including a ten-year, ongoing siege and numerous military attacks, leaving more than 80 percent of the population dependent on international assistance for survival.

AFSC emphasizes that “the situation in Gaza should not be viewed as a humanitarian crisis…[but as a] political crisis that can only be resolved through…ending the blockade and Israel’s continued occupation of the Palestinian territory, which are at the root of the crisis.”

Top photo: Michael Steinhardt, one of the founders of Taglit-Birthright and a man once dubbed “Wall Street’s greatest trader,” has been selected to light an official torch on Israel’s Independence Day.