You Are Here: Home → ADL changes its definition of racism to make Whoopi Goldberg ‘guilty’ 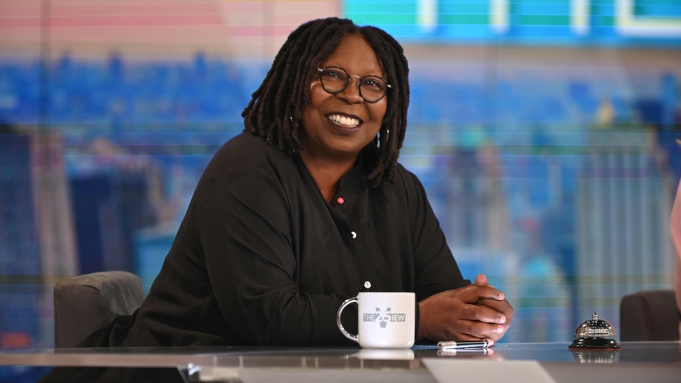 Whoopi Goldberg has been suspended by ABC for comments about the Holocaust and racism.

The ADL has just changed its definition of racism following backlash over recent remarks by Whoopi Goldberg about racism and the Holocaust. This isn’t the first time the ADL has changed a definition for a political purpose…

After people pointed out that Whoopi Goldberg’s recent controversial statements about the Holocaust had some legitimacy under the ADL’s definition of racism, the ADL changed its definition.

On Monday Goldberg had said on the TV program “The View” that the Holocaust was about “man’s inhumanity to man,” not racism. She quickly apologized for her remarks, but that wasn’t enough. The next day, under pressure from Jewish groups, including the ADL, the network suspended Whoopi from the program.

Israel’s Jerusalem Post newspaper reports that critics of Whoopi’s suspension, however, pointed out that under the ADL’s own definition of racism, her comments were valid, since the ADL’s definition said that racism could only be performed against people of color by white people.

Originally, the ADL’s definition had matched the standard definition of racism: “The belief that a particular race is superior or inferior to another, that a person’s social and moral traits are predetermined by his or her inborn biological characteristics.”

Then in late 2020, perhaps to take advantage of what some call the ‘woke’ movement, the ADL replaced this definition based on universal principles, with a new, limited version that targeted only certain people: “The marginalization and/or oppression of people of color based on a socially constructed racial hierarchy that privileges white people.”

Now the ADL has changed its definition yet again – this time to remove its references to “people of color” and “white,” while adding “ethnicity” to the definition. The latest version states: “Racism occurs when individuals or institutions show more favorable evaluation or treatment of an individual or group based on race or ethnicity.”

“Racism” is not the first word that the group has redefined for a political purpose. The ADL is part of an international campaign to redefine the word “antisemitism” to include criticism of Israel.

The new definition originated with an Israeli minister in 2004 and has been disseminated widely around the world in an effort to combat growing support for Palestinian human rights.

As Israel’s human rights abuses – for example, its killing of children – have provoked widespread revulsion, and there are increasing calls to end the billions of U.S. tax dollars to Israel, pro-Israel groups have ramped up their efforts to suppress facts.

Whoopi has been attacked before

This is not the first time Whoopi has come under fire by Israel partisans. In 2012 she was attacked for retweeting a tweet stating: “Whoopi can you please RT that the men, women & children in Gaza, Palestine have been getting Massacred for the past week.”

A replacement for Whoopi?

The New York Post reports that Whoopi is telling co-workers she is going to quit the show over the suspension:

Goldberg, 66, feels “humiliated” at being disciplined by ABC execs after she followed their advice to apologize for the ill-conceived comments, a well-placed insider told The Post.

“She feels ABC executives mishandled this. She followed their playbook. She went on ‘The Late Show With Stephen Colbert’ and then apologized again on ‘The View’ the next day,” a source said.

However, the source added that while Goldberg is taking the suspension hard, insiders believe ultimately she’ll stay.

Her critics are prepared either way.

Jewish Insider reports that ADL head Jonathan Greenblatt and other “Jewish thought leaders” suggest that The View hire a Jewish co-host. The article listed numerous possibilities, including Bari Weiss, one of the Israel advocates who had bashed Whoopi, Batya Ungar-Sargon, Sarah Silverman, and many others.

The day after Whoopi’s statements, Greenblatt was featured on The View, where he emphasized that “people need to learn about The Holocaust if we want to prevent future genocides from happening.”

No one seems to have pointed out that there are genocides going on right now – and one of them is being perpetrated by Israel.

Instead of attacking one another over conflicting views and diverse gaffes, and dwelling on exclusivist narratives, it could make sense to join together to end what Whoopi alluded to: Man’s inhumanity to man.

Alison Weir is executive director of If Americans Knew, president of the Council for the National Interest, and author of Against Our Better Judgment: The Hidden History of How the U.S. Was Used to Create Israel. Previous articles by Weir are here and here.