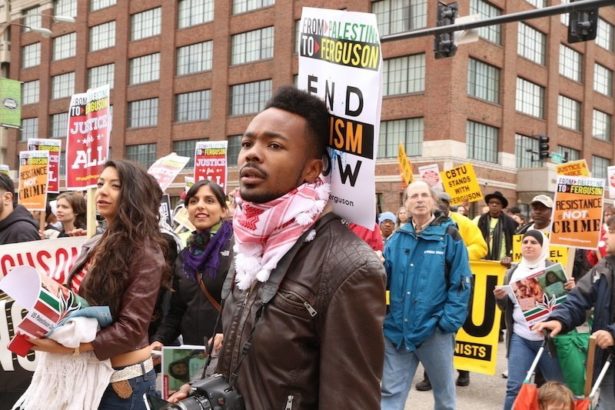 Following lobbying by the Anti Defamation League (ADL)  and the Jewish Public Affairs Committee last year, the University of California and the California State University received a $1.2 million legislative grant for anti-bias training on campus.

ADL is a powerful zionist organization that has lobbied for years to shut down criticism of Israel; it has a history of spying on and smearing progressive organizations and minority communities; and has repeatedly pressured universities to punish students and faculty who advocate for Palestinian rights.

The bidding process for the training is set up so that almost certainly only ADL will qualify for the grant.   The award is scheduled to be announced on June 7th.

If ADL is selected, it will bring a deep anti-Palestinian bias to its “anti-bias” training for California students and faculty – and be paid $1.2 million to do so!

It is critical that we use our voices to oppose ADL’s efforts to indoctrinate students.

ADL may well be selected to conduct this anti-bias training, although it is far from a neutral voice. ADL is well-known for its highly partisan position in the debate over Israel-Palestine, casting support for Palestinians as “antisemitic.” Because the organization openly supports a racist, oppressive occupation, it is hardly the right choice to run anti-bias training.

In addition to its clear position on Israel/Palestine, ADL has  undermined the rights of Black, immigrant, queer, Muslim, Arab and other marginalized communities. See here, here and here).

The ADL has put out a campus guide about how to censor events that would educate students about Palestine, and has fueled Islamophobia.

In its zeal to control the narrative about Israel/Palestine, ADL has had frequent confrontations with UC and CSU faculty, students and administrations. A few prominent examples include:

Although administrations have largely resisted ADL pressure thanks to campus and community outcry, the time and resources diverted to fending off these threats to academic freedom have had a significant negative impact on university life and operations.

University administrators should consider ADL’s track record at their own schools as well as in the larger arena. Recall that Starbucks recently sacked the organization as an anti-bias trainer; ADL supports unconstitutional, anti-free speech legislation aimed at supporters of boycotts for Palestinian rights; it also sponsors exchange programs that bring American police to learn “best practices and lessons learned in fighting terror.”

Regardless of its likely use of neutral language in the bid, an award of funding for anti-bias training to ADL would be a betrayal of students and faculty who have been adversely affected by its actual biased intervention in campus discourse. The leadership in the universities should contract instead with a group or groups that have a reputable record of anti-bias training and no history of political enmity toward progressive and minority communities.

Please go here (it’s easy and fast!) to contact the administrators of the University of California and California State. Let them know that ADL is a bad choice and you expect them to do what’s right.