You Are Here: Home → Israel Arrests Palestinian for Facebook posts 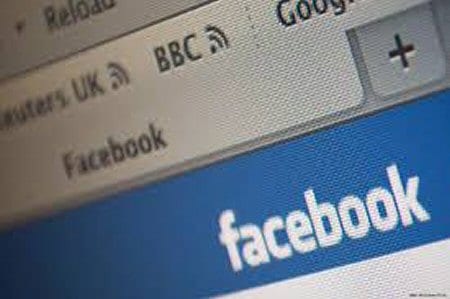 According to an Israeli police spokesman, a man was detained in Jerusalem “on suspicion of threats to violence and incitement and supporting terrorism” on social media.

Israeli forces detained a young Palestinian man from occupied Jerusalem, on the pretext of publishing inflammatory material on the social network site “Facebook”.

According to Al Ray, police representative Lupa al-Samri claimed via press statement that the police arrested a 35-year-old Jerusalemite resident from Shuafat camp, on charges of “inciting violence,” by raising leaflets on his Facebook page.

She explained that the Jerusalemite’s detention was extended until 27 Sep, 2017, by judicial decision of Central Court in occupied Jerusalem, after the police appealed for a decision of the Magistrate’s Court and ordered his release on restricted condition.

Days of Palestine reports that Israeli police Spokesman Micky Rosenfeld said, in a written statement, that the man was detained in Jerusalem “on suspicion of threats to violence and incitement and supporting terrorism” on social media.

“Police are continuing intelligence and operations to find suspects that are involved in incitement and terrorism and using social media as a platform,” the statement concluded.

In recent months, Israel has detained hundreds of Palestinians for social media activity, alleging that a wave of unrest that first swept the occupied Palestinian territory in October 2015 was encouraged largely by “incitement.”

Critics have instead pointed chiefly to the frustration and despair brought on by Israel’s decades-long military occupation of the Palestinian territory and the absence of a political horizon as reasons for the rise of unrest.

The Israeli occupation government has also been accused of utilising “anti-terrorism” discourse in order to justify and further entrench the Israeli military’s half-century occupation of the West Bank and decade-long siege of the Gaza Strip.

Adalah, the Legal Center for Arab Minority Rights in Israel, has meanwhile called on Israel to shut down its so-called Cyber Unit, which collaborates with social media platforms to censor content, saying the unit has “no legal authority.”