You Are Here: Home → Why won’t Quincy Institute & Bacevich mention Israel… the Benjamins? 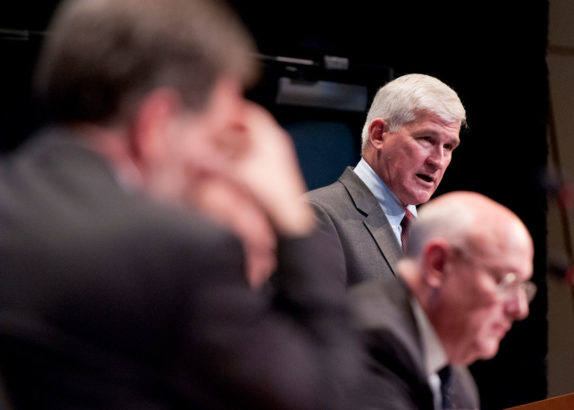 Israel’s interference in U.S. politics is highly organized, generously funded and ongoing at every level of government to obscure what Israel actually represents. Why won’t Bacevich and the Soros-Koch funded institute talk about it? All about the Benjamins…

I have written frequently about how the overwhelming deference to Israeli perceptions not only distorts U.S. foreign policy, it also corrupts discourse regarding genuine national interests at all levels. The mainstream media, where Zionist journalists and editors exist in grossly disproportionate numbers, has long been a source of fake news about the Middle East, successfully obscuring Israel’s abominable record of war crimes and ethnic cleansing.

The media lies overlap and often become self-propagating, with one lie from the likes of Rachel Maddow on MSNBC being employed to confirm the veracity of another similar lie being floated by someone like Jake Tapper on CNN.

So, the media, which is part of the Establishment and has a vested interest in promoting the status quo, is part of the “intellectual” underpinning of the government policies that it prefers. And it is joined by a more powerful and secretive ally in the form of the numerous think tanks that have sprung up in Washington like diseased mushrooms over the past twenty years.

It is the think tanks that send ideologically driven “experts” to testify in front of congressional committees regarding policy, that draft legislation for lazy legislators, and that host well-funded panel discussions in which they air their biased views on the state of the nation.

I have written several times about the new think tank kid on the block the Quincy Institute, which is currently planning on “launching” during the month of November. Quincy, which claims to represent “Responsible Statecraft,” is largely funded by George Soros and the Charles Koch, both of whom have considerable negative baggage, and one is scarcely ever wrong when positing that compromising one’s views in exchange for money and celebrity is what Washington is all about.

My most recent rant on Quincy involved an article by the organization’s president, Professor Andrew Bacevich, whose books I have previously admired. His piece was entitled “President Trump, Please End the American Era in the Middle East.” The article appeared as one of Bacevich’s regular weekly contributions to The American Conservative (TAC) website under the rubric “Realism and Restraint.” I cited it as a good example of how self-censorship by authors works.

The article particularly focused on the foreign policy pronouncements of Bret Stephens, the resident Jewish neocon who writes for The New York Times. Stephens, per Bacevich, has been urging constant war in the Middle East and worrying lest “we may be witnessing the beginning of the end of the American era in the Middle East.”

Bacevich wrote the article without once mentioning Israel in spite of the fact that Stephens is an arch-propagandist for the Jewish state, a clearly deliberate omission that was noted not only by me but also by a number of comments from other readers. As the TAC site where the article appeared is heavily moderated, one suspects that additional, more vitriolic comments were not allowed to appear.

Bacevich is clearly on a roll. He followed up the piece on TAC with a stunningly ridiculous propaganda piece entitled “Foreign governments are messing with our elections the old-fashioned way” that appeared last week in the Boston Globe.

The article begins: “President Trump’s record as a unifier is spotty at best. Yet on at least one issue, he has helped forge a solid consensus: Americans are not going to tolerate further outside meddling in their politics. In discussing next year’s elections, Senate majority leader Mitch McConnell recently put it this way: ‘Any foreign country that messes with us is going to have a serious problem in return.’ The integrity of our electoral system is sacrosanct. Consider yourself warned, Mr. Putin. The Mueller report showed conclusively that in the run-up to the 2016 presidential election Russian hackers had done plenty of messing. Republicans and Democrats alike (if not President Trump himself) are now intent on preventing any recurrence of such interference, whether by Russia or other mischief-making interlopers such as Iran or China. Patriotic citizens must hope that those efforts will succeed.”

Let’s pause right there. Any article that pretends to be a serious discussion of America’s relationship with foreign powers should avoid quoting Mitch McConnell, who is possibly one of the slimiest politicians currently on display in the Senate. All his judgments are conditioned not by the national interest but rather by political considerations that relate to advancing his own personal agenda as well as the agenda of establishment Republicans. If the “integrity” of the U.S. electoral system is truly threatened, nearly all of the damage comes from inside the system, where corruption is rampant at all levels.

And, one might also note that the Mueller report may have demonstrated that in 2016 there were certain intrusions and manipulations by entities that may or may not have been connected to the Russian government, but it never revealed any plan by the Kremlin to influence voters in any serious way or change the results.

It has not even been conclusively demonstrated that the Russians hacked anyone as the FBI has never been able to examine the Democratic National Committee computers. In fact, it is widely recognized that the Russian click-bait efforts on social media were insignificant and had no influence on the outcome. Overturning election results is called “regime change” and it is something that the United States does regularly, not the Russians.

Bacevich continues, “Yet those same citizens would do well to consider the other ways in which foreign governments, many of them ostensible friends, have habitually interfered in our politics. To do so, those governments do not employ the latest innovations in information warfare, waged via social media. No, they mess with our politics the old-fashioned way, distributing vast sums of money to buy influence.”

The professor makes a good point, that money in politics can create access and buy influence, but he then goes on to cite Saudi Arabia as a prime example of that specific form of corruption. He claims that the Saudis spent in 2018 alone “$33 million in their attempts to influence US policy” and wonders “…why the pervasive use of Saudi money to influence U.S. policy is any more tolerable than Moscow’s campaign to tilt the outcome of a presidential election in favor of its preferred candidate.”

Bacevich concludes with “Interested in salvaging the remnants of integrity that survive in American democracy? Well, it won’t be enough to stop the hackers employed by Moscow or Beijing or Tehran (even assuming that it’s possible to do so). To prevent foreign governments from mucking around where they are not wanted will require a concerted effort to get outside money out of American politics altogether. The moneychangers need to be ousted from the temple.”

With this recent series of somewhat related articles Professor Bacevich unfortunately defines himself as just another run-of-the-mill American hack propagandist. The enemies list includes Russia, China, Iran and Saudi Arabia but it deliberately avoids mentioning the country that more than any other interferes in U.S. politics. That country is, of course, Israel.

The $33 million that the Saudis allegedly spend on lobbying the U.S. is little more than chump change for the Israel Lobby, which is awash with money donated by Jewish oligarchs like casino magnate Sheldon Adelson, who came up with three times that much and more in 2016 to insure that America would have a solidly pro-Israel foreign policy. The Lobby plays with hundreds of millions of dollars annually, costs the U.S. taxpayer billions in various free rides for the Jewish state and has hundreds of full-time employees in groups like the American Israel Public Affairs Committee (AIPAC) and the Foundation for Defense of Democracies (FDD).

Why does Bacevich not tell the truth? All about the Benjamins

Andrew Bacevich is a smart man and he knows well that what I have written about above is correct. He knows first-hand that Israel’s interference in U.S. politics is highly organized, generously funded and ongoing at every level of government to obscure what Israel actually represents while also inter alia making it illegal to criticize the Jewish state in any way. Professor Bacevich fully well knows those things even as he pontificates about Americans not tolerating foreign influence in our politics, so why doesn’t he tell the truth for a change? Is it all about the Quincy Institute’s Benjamins?

RELATED:
Feeding the Israel Lobby: Congress gives Israel what it wants
Israel lobbyists write the laws that state legislators then pass
It’s even worse than llhan Omar said: The Israel lobby in full