You Are Here: Home → The Walled Off Hotel overlooks Israeli wall in Bethlehem

The Walled Off Hotel overlooks Israeli wall in Bethlehem 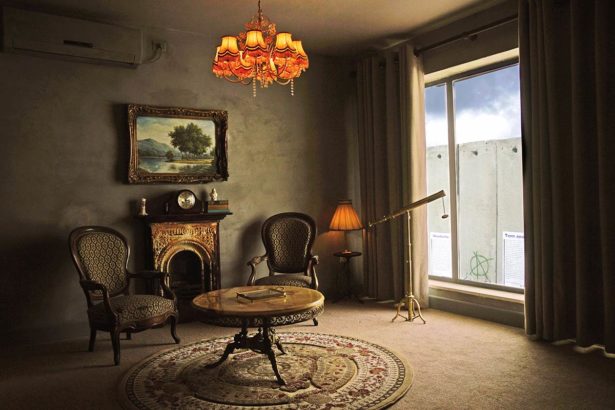 In “Banksy opens Walled Off Hotel in Bethlehem,” Al-Jazeera reports:

Secretive British street artist Banksy has opened a hotel next to Israel’s separation wall in Bethlehem, his latest artwork in the Palestinian territories.

The Walled Off Hotel is only four metres from the wall which cuts through the occupied West Bank and all the rooms face it.

And from the Guardian’s article, “‘Worst view in the world’: Banksy opens hotel overlooking Bethlehem wall”:

The lodging in Bethlehem is a hotel, museum, protest and gallery all in one, packed with the artworks and angry brilliance of its owner, British street artist Banksy.