You Are Here: Home → ‘Vast majority’ of Jewish students are connected to Israel, insists Brandeis prof 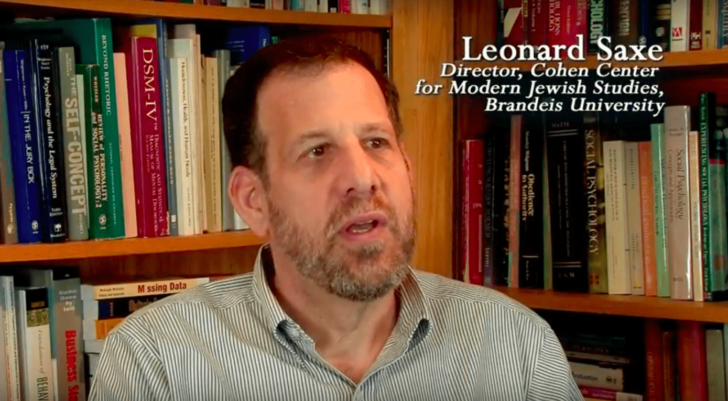 Professor Len Saxe says: “One finding from our national studies of dozens of campuses is that there are only a few that have environments that are perceived as hostile to Jewish students and/or Israel…”

Amanda Borschel-Dan, reports in theTimes of Israel: “To Saxe, the idea that Jewish college students are less connected to the Jewish state just doesn’t compute.

“Among other issues, the head of Brandeis University’s Cohen Center for Jewish Studies has been tracking ‘Israel attachment’ among college students for the past decade and a half. According to Saxe, the vast majority of Jewish students feel some connection to Israel, and those who participate in Israel trips, such as Birthright Israel, have particularly strong connections.”