You Are Here: Home → US cracking down on $10 billion Israeli scam that steals life savings 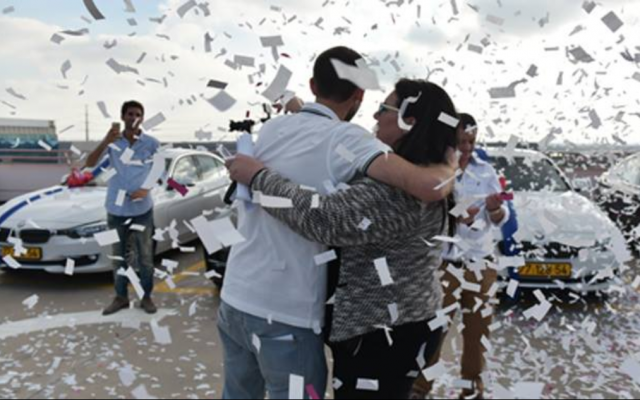 Employees of Israeli binary options firm Yukom Communications receive cars for achieving high sales quotas in 2015. The company is believed to have defrauded tens of thousands of victims out of more than $100 million, while the Israeli government does little to stop it.

Israel-based binary options companies have been cheating Americans out of millions of dollars, causing ruin and misery. Finally, when Israel failed to rein them in, the FBI took action, and so far,15 Israelis have been indicted in the U.S. for the scams.

Two dual citizen Americans working for an Israeli company have just been sentenced in Maryland for cheating senior citizens and veterans out of their live savings.

Israeli law enforcement has ‘proven unable or unwilling to effectively tackle the country’s internet scams, despite the fact that they have operated at an industrial scale…’

Israel-based financial scammers have been cheating Americans and others out of billions of dollars, causing ruin to individuals and families and resulting in at least one suicide. Recently, 15 Israelis have been indicted in the U.S. for binary options scams, and two have just been sentenced.

While Israel has been aware of the practice for years and made it illegal in Israel, its parliament did nothing about stopping the companies’ fraudulent actions abroad until 2017. Legislation now on the books contains loopholes that enable the practice to continue unabated.

An Israeli attorney summarized the situation: “We export financial fraud.”

Israel’s blind eye to scam that brings in billions

For over 10 years, the Israeli government, which gets over $10 million per day in aid from American taxpayers, turned a blind eye to the scam. The Israeli parliament made it illegal in Israel, but permitted the Israel-based companies to continue operating around the world.

The Times of Israel describes the operations: “They would dupe victims worldwide into believing that they were successfully investing and earning money, encouraging them to deposit more and more into their accounts, until the company eventually cut off contact with the investors and disappeared with all or almost all of their money.”

The Times of Israel reports that at its height, the “widely fraudulent Israeli binary options industry” was estimated to have generated up to $10 billion a year through hundreds of companies that employed thousands – perhaps tens of thousands – of Israelis.

The US government believes that the binary options scheme by one Israeli company alone has bilked more than $100 million from tens of thousands of victims across the United States and the rest of the world.

According to a Canadian securities official who helped blow the whistle on the binary options fraud, it’s “well known that the bulk of the boiler rooms – the places that are making the calls, are happening in Israel.”

After an outcry “among overseas law enforcement agencies, with the FBI at the forefront, that Israel was allowing this ‘monstrous’ fraud to flourish year after year,” the Times of Israel reports, Israel belatedly passed legislation against the international victimization in 2017. The bill contained a number of loopholes, and the Israeli government continues to do little to stop the multi-billion dollar industry.

The Times of Israel reported at the time that the 2017 law against binary options was watered down, “creating loopholes through which binary options and other rogues, simply by retooling what they do, will be able to continue to prosper.”

Doing the right thing for the wrong reasons

When Israel finally officially stopped permitting the scammers to operate internationally, its reason for acting was not about ethics. The change came because the scandal was hurting Israel’s image. Notes on behalf of the legislation warned that “Israeli binary option companies risked damaging the country’s reputation and ‘could foment anti-Semitism’.”

In introducing the bill, the Knesset member emphasized: “We worry about the BDS movement. This industry has a huge impact on how Israel is viewed throughout the world. Our government officials go to international conferences and their colleagues abroad raise their eyebrows because of this industry.”

The Times of Israel reports that in spite of the 2017 legislation, “Many binary options operatives continue to operate from Israel and abroad, some of them offering fraudulent forex, cryptocurrency or other financial products as opposed to binary options.”

According to TOI, “Perpetrators have enriched themselves at the expense of victims around the world while enjoying impunity and suffering little social stigma here. Israeli law enforcement has proven unable or unwilling to effectively tackle the country’s internet scams, despite the fact that for several years they have operated at an industrial scale.”

“The fraudulent firms ostensibly offer customers worldwide a potentially profitable short-term investment. But in reality — through rigged trading platforms, refusal to pay out, and all manner of other ruses — these companies fleece the vast majority of customers of most or all of their money. The fraudulent salespeople routinely conceal where they are located, misrepresent what they are selling and use false identities.”

Two dual citizen Americans have just been found guilty and sentenced for their roles in the fraud.

On September 23, Yair Hadar, a New York native and dual American and Israeli citizen, was sentenced to 8 months in prison for his role in a $145 million investment scam based out of Israel.

Hadar often went by the alias “Steven Gold” during his sales pitch. It appears that his full name is Israel Steven Hadar, and that he’s possibly a real estate agent with Doma Realty Group LLC. A phone call to Doma asking for information resulted in the phone being abruptly hung up.

U.S. District Judge Theodore D. Chuang noted that Hadar had cheated many people out of most of their savings, according to a report by Law360, a website focused on the legal profession.

“I wish you could have seen what this has done to the victims,” Judge Chuang told Hadar.

An affidavit by an FBI agent describing Hadar’s actions reported that he had brought in close to a million dollars from unsuspecting “investors.”

On September 20, California native Liora Welles, a dual American and Israeli citizen, was sentenced to 14 months in prison for her role in a $145 million binary options scam based out of Israel.

In sentencing Welles, the judge pointed out that the scam “literally cheated senior citizens out of their savings.”

Judge Chuang emphasized that Welles was particularly effective at “coaxing money from the elderly, veterans and other vulnerable targets.”

The prosecution said Welles’ purpose had been “to obtain the maximum deposit from investors and to take steps to ensure that investors lost the money in their accounts – thereby making money for themselves and their brand in the process.”

Welles acknowledged that she was “directly responsible” for obtaining approximately $2.4 million from victims. Two of them were 82-year-old Eugene Timmons and his wife, of Kansas City, who dipped into their life savings to invest approximately $110,000. They lost everything.

Welles appears to be from Santa Monica, California.

As TOI predicted in its discussion of the law’s loopholes, the fraudulent industry has continued to flourish.

Law360 reports that the US prosecutors’ investigation is ongoing: “U.S. Department of Justice attorney Rush Atkinson told Judge Chuang that while the name for the scam has changed, the same fraud is still being carried out by the same players on a global scale.

“The trading scheme has since been banned by the Israeli government and the European Securities and Markets Authority, but Atkinson told the judge Friday that it’s likely still going on in Israel and is definitely continuing in other countries, though he said he’s not ‘comfortable’ going into detail.”

While the Times of Israel is covering the story in detail, U.S. news media seem to have published only a few, scattered reports on the scam. Apart from specialized websites, US news media failed to report on the recent convictions. As a result, relatively few Americans are aware of the scam and the Israeli connection.

Meanwhile, despite the Israeli government’s slowness in making it illegal for scammers to operate abroad and its minimal enforcement of the anemic new law, the US Congress is poised to give Israel $38 billion over the next 10 years, approximately $23,000 per Jewish Israeli family of four.

Victims of the fraud can call the Victim Assistance Line toll-free at (888) 549-3945 or email the U.S. Department of Justice  at victimassistance.fraud@usdoj.gov.

**Go here to sign a petition saying No more aid to Israel while it allows its companies to victimize Americans.

If you find our work valuable, please donate whatever you can so that it can continue. 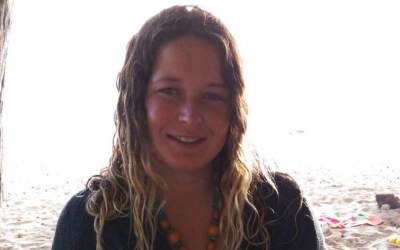 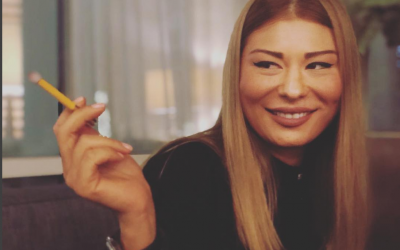 In first, US jails Israeli binary options agent, an ex-reality TV star, for year
Lissa Mel pled guilty to her role in $145M fraud; must also pay $288K restitution to her victims; Yukom Comms CEO Lee Elbaz, convicted in same fraud, to be sentenced in Dec.
By SIMONA WEINGLASS 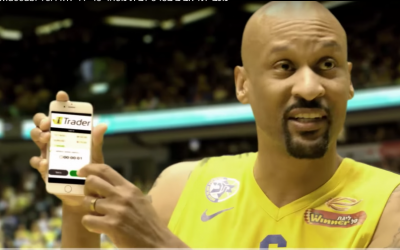 Israel announces groundbreaking indictment of binary options firm, owner, staff
Operatives of Gal Media Trade Ltd., which ran the website itrader.co.il, to be charged, pending a hearing, with aggravated fraud and offering investment advice without a license
By SIMONA WEINGLASS

Israeli binary options operative Lee Elbaz convicted in US in $145 million fraud
Elbaz oversaw fleecing of clients worldwide as CEO of Yukom Communications, one of 100+ binary options firms that ran from Israel until industry was banned after ToI reporting
By SIMONA WEINGLASS 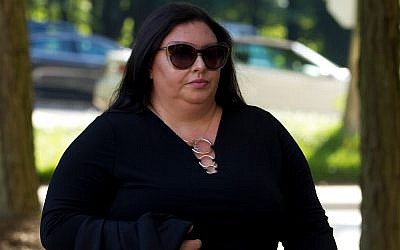 Fraud trial of Lee Elbaz to enter third day of jury deliberations
As the prosecution and defense await verdict, jury members ask for sticky notes, paper clips and a definition of ‘beyond a reasonable doubt’
By SIMONA WEINGLASS

Jury to begin deliberations in fraud trial of Israeli binary options operative
Jurors will first hear final arguments in case of Lee Elbaz, the ex-CEO of Yukom Communications who is accused of defrauding investors out of tens of millions of dollars
By AP and TOI STAFF

Convicted binary options operative: ‘I’m taking responsibility for what I did’
Liora Welles, one of thousands of Israelis who worked in widely fraudulent industry, tells US court at boss’s trial that ‘it took me a long time’ to realize magnitude of the crime
By SIMONA WEINGLASS 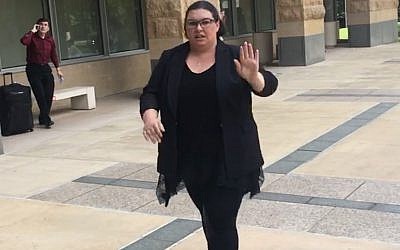 Israeli woman on trial for fraud called herself a ‘f-cking money-making machine’
FBI reveals conversations in which binary options operative Lee Elbaz took credit for allegedly fraudulent firm’s success, dished about her bosses, worried about traveling to US
By SIMONA WEINGLASS 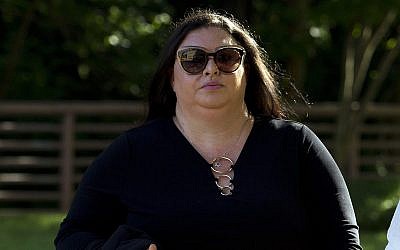 US prosecutor: Israeli trained staff to lie repeatedly to binary options victims
At opening of landmark trial, Lee Elbaz, former CEO of Yukom Communications, alleged to have overseen ‘massive’ fraud; her lawyer says ‘She wanted her employees to work clean’
By AP and TOI STAFF 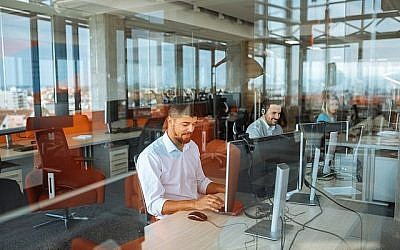 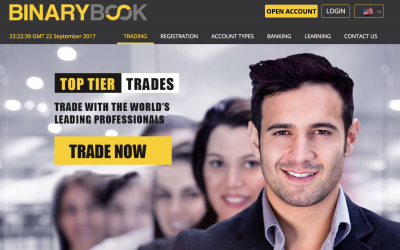 Ahead of fraud trial, US lays bare ‘multitude of lies’ of Israeli binary options
Confirming years of investigative journalism by The Times of Israel, US Justice Department describes the cynical modus operandi of crooks who stole billions from victims worldwide
By DAVID HOROVITZ and SIMONA WEINGLASS 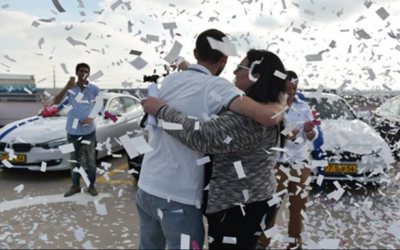