You Are Here: Home → Sign the petition: “No aid to Israel while Israeli scammers bilk Americans”

Sign the petition: “No aid to Israel while Israeli scammers bilk Americans” 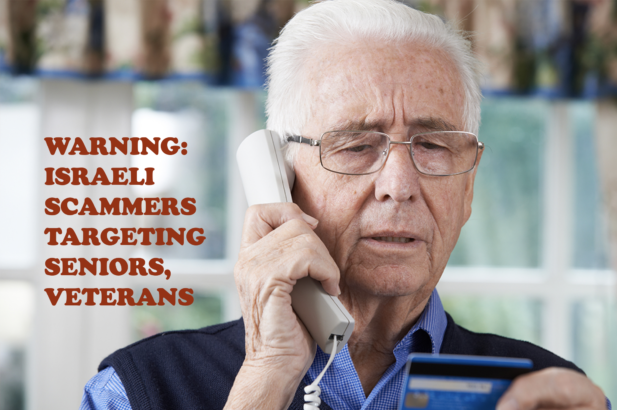 Scam alert: our “ally” Israel has been bilking Americans for at least a decade – while taking our aid money. It’s time to blow the whistle.

Israel is supposedly America’s “close ally,” but while it takes $10 million in aid per day, it is knowingly allowing American citizens to be ruined, their life savings stolen by fraudulent Israeli companies.

Israel-based financial scammers have been cheating Americans and others out of billions of dollars, causing ruin to individuals and families, and resulting in at least one suicide.

Israel has been aware of the practice for at least ten years and made it illegal within its borders, but did nothing about Israeli companies scamming people abroad – until 2017, when the Knesset passed legislation to regulate the practice. But loopholes in the law and less than rigorous enforcement have enabled the companies to continue victimizing Americans.

American taxpayers are subsidizing the Israeli government as it allows some of our most vulnerable citizens to be defrauded. We give Israel over $10 million A DAY.

Since the scam got started, it has reportedly bilked people all over the world – especially American seniors and veterans – out of tens of billions of dollars. The Israeli government knew about this and did nothing to stop it for ten years.

Recently, 15 Israelis have been indicted in the U.S. for binary options scams, and two have just been sentenced. (Read about it here.)

Israel knowingly permits Americans to be harmed. Sign the petition to tell Congress: we should not give Israel $3.8 billion a year in aid while it is so callous toward our citizens and the rest of the world.