You Are Here: Home → US arrests prominent Iranian journalist reportedly to use as ‘bargaining chip’

US arrests prominent Iranian journalist reportedly to use as ‘bargaining chip’ 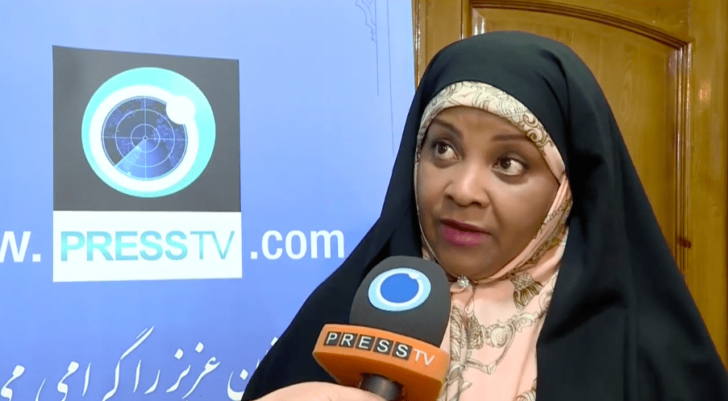 Marzieh Hashemi (photo from Iranian news report about her arrest)

The U.S. is holding 59-year-old Marzieh Hashemi, a popular Iranian news anchor, under abusive conditions. Born Melanie Franklin in New Orleans, she was on her way to visit a sick brother…

According to a U.S. government official, the U.S. has arrested prominent Iranian news anchor Marzieh Hashemi to use as a bargaining chip against Iran.

So far, no charges have been filed against Hashemi, and the FBI has refused to comment on the arrest.

The official, who wishes to remain anonymous, says that while the eventual charge may be along the lines of ‘collusion to damage the United States’ or something similar, the real reason she was arrested is to pressure the Iranian government to release several Americans it is holding.

According to the official, Hashemi is being transferred to prison in the DC area and will likely be charged by the Alexandria Federal Court, which handles most international profile cases.

The arrest of the 59-year-old journalist has made international headlines, BBC stating that she has reportedly been “subjected to ‘inhumane’ conditions.”

The Associated Press reports that Hashemi, born Melanie Franklin in New Orleans, was arrested in St. Louis, where she had filmed a Black Lives Matter documentary after visiting relatives in the New Orleans area.

She is a widow, and a family member says she splits her time between Iran and Colorado, where her children live. She studied journalism at Louisiana State University and has been a broadcaster for Iran’s Press TV for 25 years. She was on her way to visit a sick brother when she was detained.

Hashemi’s elder son, a research fellow at the University of Colorado, told AP: “She is somebody who is harassed regularly. Every time she travels using air travel, she is pulled to the side. Each time it’s an hour-long, even two-hour-long interview, interrogation. This has been going on for almost a decade now.”

He said his mother told him she was driving to New Orleans despite a snowstorm in Colorado “just because of the difficulty in air travel.”

Hashemi’s brother, Milton Leroy Franklin of the New Orleans suburb of Metairie, told AP: “I’m very concerned. There’s no way of getting any word to her and she can’t send any out, apparently. We’re all in the dark and just waiting and praying that they release her.”

She had been visiting to help plan a family reunion.

Hashemi says she was handcuffed and shackled and was being “treated like a criminal.”

She was held for 48 hours before being allowed to contact a daughter to tell of her arrest. She told family members that her head covering was forcibly removed and that she has been denied halal food. The UK Independent says that Hashemi was reportedly “only offered pork to eat, which Islam prohibits Muslims from consuming.”

The provocative treatment of Hashemi, a respected senior journalist, is causing considerable anger among Iranians, who are suffering from a U.S. imposed embargo on the country. 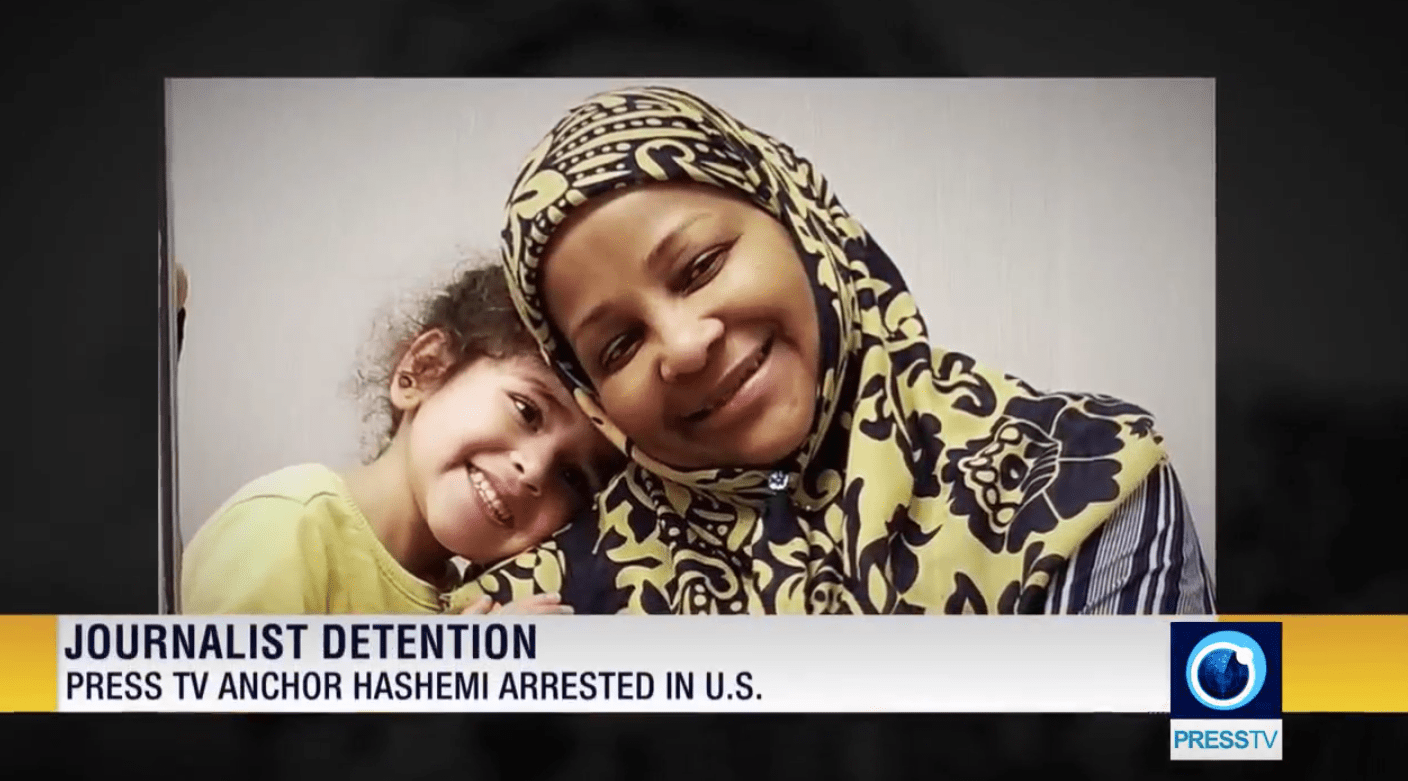 U.S.-Iranian tensions have heightened over recent years, particularly with the U.S. pull-out from the agreement with Iran. Iran, known for supporting Palestinian rights, has long been targeted by Israel and pro-Israel Americans.

Former CIA officer and counter-terrorism expert Philip Giraldi notes: “Taking and holding a foreign visitor as a hostage under false or dubious legal pretenses is not only ineffective, it will inevitably lead to retaliation in kind when Americans travel to foreign countries.”

The humiliating treatment of an Iranian news anchor, a mother and grandmother, could also be intended to provoke Iranians into greater hostility against the U.S., a divide-and-conquer strategy that Israel and its partisans have occasionally utilized in the Middle East and in the U.S.

Hashemi is an American citizen and was traveling on an American passport. She is now being held in the Central Treatment Facility in Washington DC. The latest information is that her family has been told that she is being held as a “material witness.”

AP reports that Ricardo J. Bascuas, a professor at the University of Miami School of Law says: “The constitutionality of the material witness law has never been meaningfully tested. The government only relies on it when they need a reason to arrest somebody but they don’t have one.”

According to Bacuas, AP states, “regardless of the reason for her detention, she should have been granted a court appearance by now.”