You Are Here: Home → Ha’aretz: Could the FBI Hold 15,000 Israelis Criminally Responsible Over Binary Options? 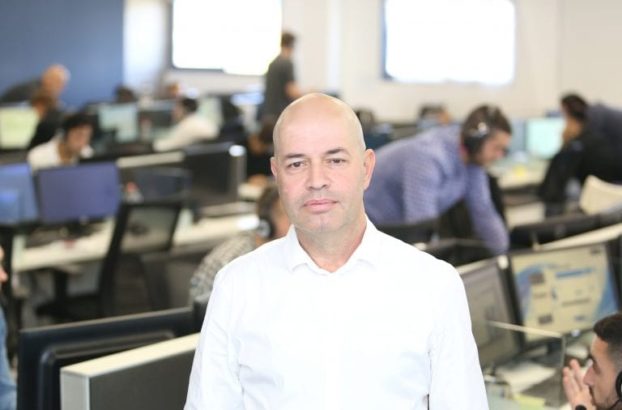 Yukom head Yossi Herzog will probably not be traveling to the United States for fear of facing prosecution. Herzog was questioned by an FBI delegation in Israel last year. (Photo from Forbes Israel)

The FBI, apparently escalating its campaign against the binary options financial swindle, has arrested four Israeli women. Until 2017, Israel was considered a binary options powerhouse, with some 150-200 companies taking in as much as $5 billion a day. The Israeli firms were known for stinging customers around the world.

By Shelly Appelberg and Genia Wilensky, reposted from Ha’aretz

The FBI is apparently escalating its campaign against the binary options industry while at least three Israelis who formerly held junior roles in these firms have already been prosecuted in the United States.

This could be bad news for the some 15,000 Israelis who worked in the industry at its peak, before it was outlawed in Israel. The recent round of cases indicates that the FBI considers all employees, even those who left the industry years ago, potentially guilty of offenses that carry a maximum 20 year jail term.

Four Israeli women have been arrested in all, and three have been prosecuted in the U.S. on charges relating to electronic fraud. They all await sentencing and are likely to face jail time in federal prison. They all had been employed in marketing or customer relations at Yukom, a company controlled by Yossi Herzog, who will probably not be traveling to the United States for fear of facing prosecution. Herzog was questioned by an FBI delegation in Israel last year.

The women who were prosecuted include Lisa Mell, 30, known in Israel as a participant in the reality TV show “Beauty and the Geek” was detained in September in Los Angeles as she was about to board a flight back to Israel. Mell, who worked in sales and customer retention at Yukom, is said to be heading toward a plea bargain.

Another is Leora Walls, a dual U.S.-Israeli citizen, was a sales representative for Yukom. She was indicted in December, and plead guilty as part of a plea deal.

Another Yukom sales representative pleaded guilty to making contact to carry out electronic fraud, as part of a plea deal a few days later. She awaits sentencing in March. Under the plea deal, she can receive up to 40 months’ jail time in federal prison. Without a plea deal, the charges carry a maximum 20 year sentence.

The women have all been linked to the case of Lee Elbaz, the Yukom CEO arrested in September 2017 in the United States. That case led binary options executives to fear they were in the FBI’s sights, and most have avoided any travel to the United States. Elbaz was convicted of electronic fraud and making contact to carry out electronic fraud by a Maryland court in March.

According to the FBI, Elbaz and her colleagues allegedly misled U.S. investors through BigOption and BinaryBook, two websites tied to Yukom, by falsely stating that they were representing their investors’ interests. In practice, the companies made money when investors lost their investments. According to the indictment, sales representatives made false statements such as “I profit only when you profit,” and ‘I’m here to help you get the profit you want to make.”

The FBI said these were false messages designed to calm investors, when in practice employees earned fees based on the total investment, and not only investors’ profits. Representatives used fake names to avoid being identified, and falsely claimed they were based in London, not Israel, said the FBI. In Israel customers have found it difficult to track down and prosecute employees of binary options firms. The Israelis held thus far in the U.S. on charges related to this trade have been linked to only three of 150-200 binary options companies that operated here.

Until 2017, Israel was considered a binary options powerhouse, with some 150-200 companies taking in as much as $5 billion a day. The Israeli firms was known for stinging customers around the world. Local employees took home salaries totaling tens of thousands of shekels a month.

More information on the subject here.