You Are Here: Home → The Unofficial ANNOTATED Version of Nikki Haley’s Speech Ahead of UN Jerusalem Vote 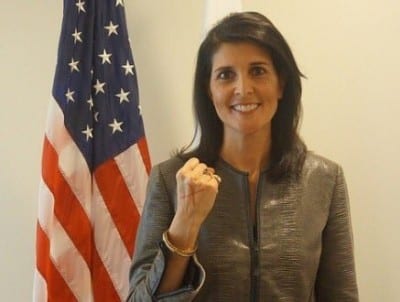 “I wear high heels, it’s not for a fashion statement, it’s because if I see something wrong I will kick it every single time.” – Nikki Haley, March 2017

What we were all thinking as we watched Nikki Haley’s speech! (Video below)

To its shame, the United Nations has long been a hostile place for the state of Israel. (No, wait. Actually, to its shame, the state of Israel has been a hostile place for Palestinians.)  Both the current and the previous Secretary-Generals have objected to the UN’s disproportionate focus on Israel. It’s a wrong that undermines the credibility of this institution, and that in turn is harmful for the entire world. (No wait. It’s an embarrassment that Israel has had to be scolded so many times by a world body for so many human rights abuses, and it has continued to ignore the UN’s reprimands.) 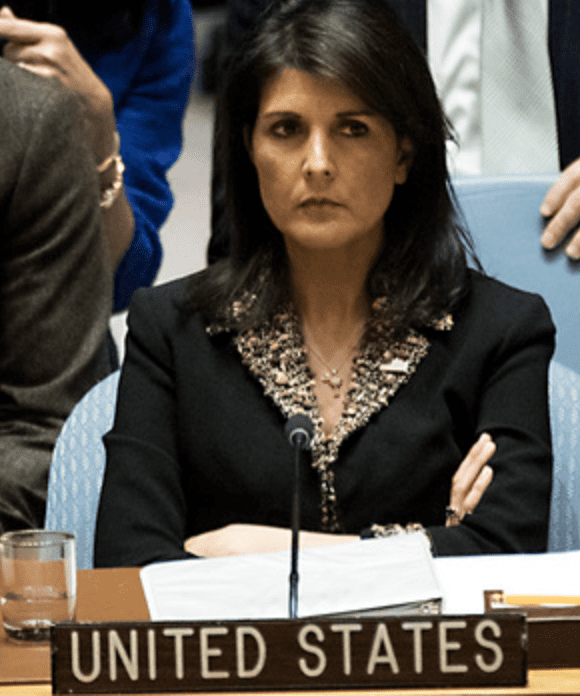 I’ve often wondered why, in the face of such hostility, Israel has chosen to remain a member of this body. (How did Israel not get kicked out of the UN?) And then I remember that Israel has chosen to remain in this institution because it’s important to stand up for yourself. (No, wait. If the most powerful nation in the world keeps deflecting the accusations, you don’t need to stand up for yourself.)

Israel must stand up for its own survival as a nation (no, wait. It’s the Palestinians that are barely surviving); but it also stands up for the ideals of freedom and human dignity that the United Nations is supposed to be about. (What is this, Opposite Day?)

Standing here today, being forced to defend sovereignty and the integrity of my country – the United States of America – many of the same thoughts have come to mind. The United States is by far the single largest contributor to the United Nations and its agencies. We do this, in part, in order to advance our values and our interests. (Don’t we contribute to the UN in order to advance the values and interests of the United Nations?) When that happens, our participation in the UN produces great good for the world. Together we feed, clothe, and educate desperate people. We nurture and sustain fragile peace in conflict areas throughout the world. (Except in the Holy Land, where you nurture and sustain apartheid and occupation.) And we hold outlaw regimes accountable. (Except in the Holy Land, where you enable an outlaw regime to carry out crimes against humanity.) We do this because it represents who we are. It is our American way. (There are, no doubt, hundreds of millions of Americans who would take exception to this statement. Please don’t call it the American Way. Call it “The Trumpian Way.”)

But we’ll be honest with you. (Seriously???) When we make generous contributions to the UN, we also have a legitimate expectation that our good will is recognized and respected. When a nation is singled out for attack in this organization, that nation is disrespected. What’s more, that nation is asked to pay for the “privilege” of being disrespected. (So you think you have bought everyone’s votes?)

In the case of the United States, we are asked to pay more than anyone else for that dubious privilege. Unlike in some UN member countries, the United States government is answerable to its people. As such, we have an obligation to acknowledge when our political and financial capital is being poorly spent. (You might look at the $10 mil/day that you plunk down in Israel. It’s being spent to fund apartheid and illegal occupation.) We have an obligation to demand more for our investment. And if our investment fails, we have an obligation to spend our resources in more productive ways. (Yes, please do. Health care. Education. The arts. Anything.) Those are the thoughts that come to mind when we consider the resolution before us today. 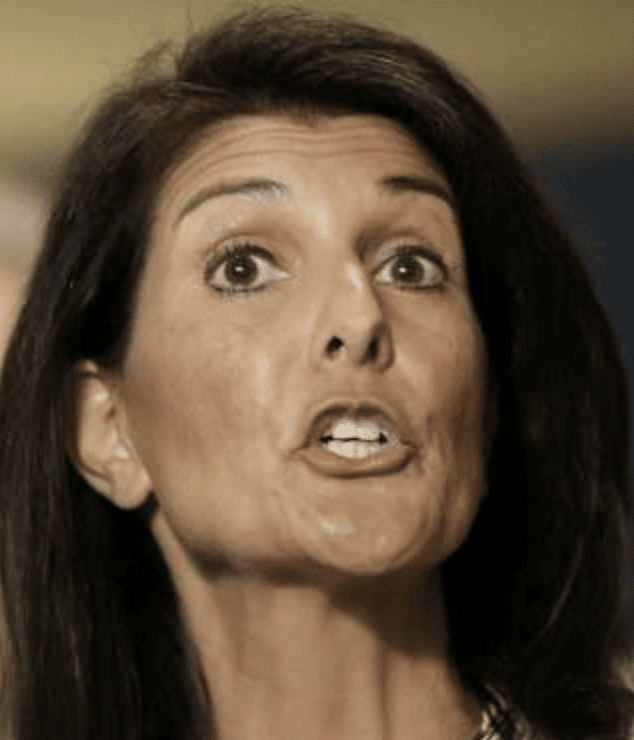 The arguments about the President’s decision to move the American embassy to Jerusalem have already been made. They are by now well known. (Well known to be absurd and arrogant.) The decision was in accordance to U.S. law dating back to 1995, and its position has been repeatedly endorsed by the American people ever since. The decision does not prejudge any final status issues, including Jerusalem’s boundaries. The decision does not preclude a two-state solution, if the parties agree to that. The decision does nothing to harm peace efforts. (Do you seriously think it does nothing to harm peace efforts? Have you watched the news in the days following the announcement?) Rather, the President’s decision reflects the will of the American people and our right as a nation to choose the location of our embassy. There is no need to describe it further.

Instead, there is a larger point to make. The United States will remember this day in which it was singled out for attack in the General Assembly for the very act of exercising our right as a sovereign nation. We will remember it when we are called upon to once again make the world’s largest contribution to the United Nations. And we will remember it when so many countries come calling on us, as they so often do, to pay even more and to use our influence for their benefit.

America will put our embassy in Jerusalem. That is what the American people want us to do, and it is the right thing to do. No vote in the United Nations will make any difference on that. (“Palestinians be damned!”) 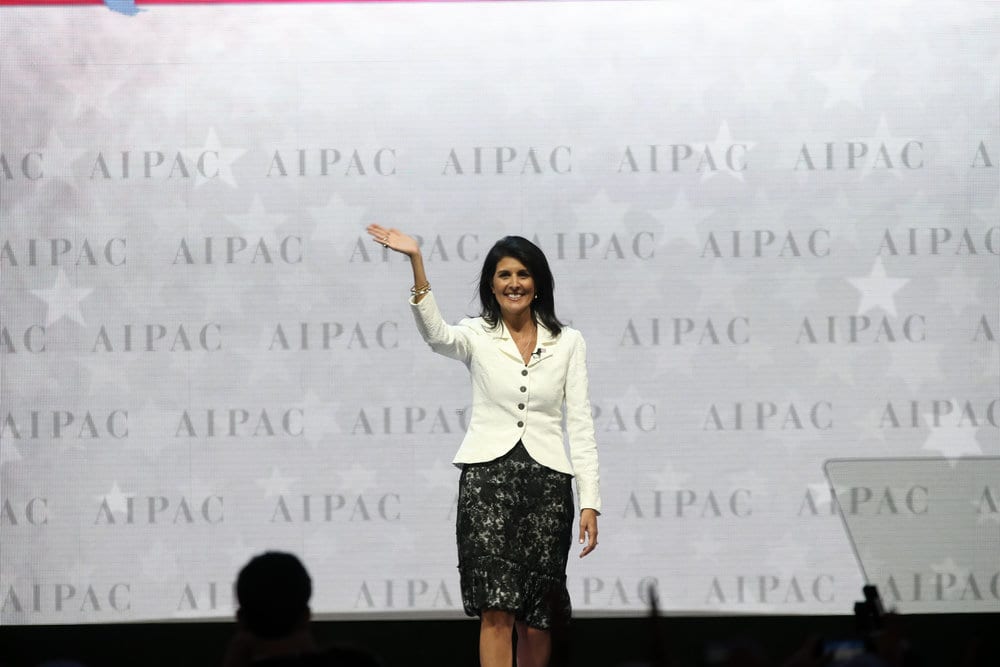