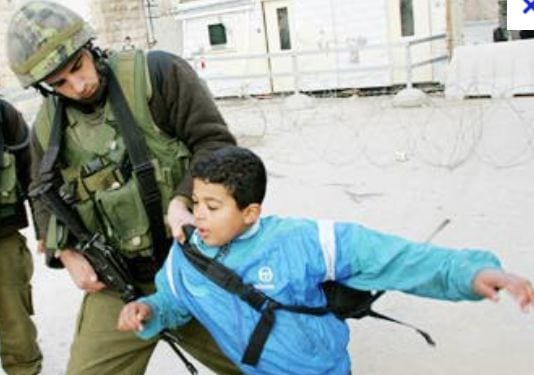 Childhood in the Occupied Palestinian Territories is anything but carefree.

An everyday occurrence: Palestinian children often throw stones at Israeli army vehicles invading Palestinian land – but even if they don’t, they may be accused, arrested, or even abducted for “allegedly” doing so.

They added that the soldiers claimed that the children hurled stones at army vehicles driving on a nearby bypass road.

The three children are from a nearby Bedouin area, and attend school in Kafr Malek; the undercover soldiers attacked them while waiting for the bus to go back home.

Many women from the village managed to convince the soldiers to release the children.