You Are Here: Home → Trita Parsi: On Iran, Is It Trump Versus His Own Neocons?

Trita Parsi: On Iran, Is It Trump Versus His Own Neocons? 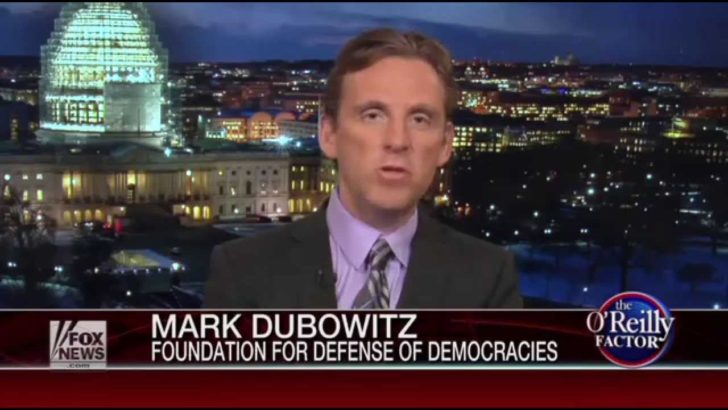 FDD head Mark Dubowitz warned Trump against a diplomatic initiative with Iran. Dubowitz is a longtime Israel partisan who studied at Israel’s Hebrew University and is close to AIPAC. He wrote parts of a report on Iran that Brian Hook took to White House meetings, and advised many of the deal’s critics on Capitol Hill.

Israel – prime mover in Trump’s Iran policy – was shocked that Trump might abandon the pressure strategy and instead seek to mend ties with Tehran. The pro-Israel Foundation for Defense of Democracies (FDD), nervously took to twitter to warn Trump against this… A goal of the new Iran Action Group may be to escalate matters with Iran to the point in which any pivot to diplomacy by Trump may be rendered impossible…

by Trita Parsi, reposted from Lobelog

Secretary of State Mike Pompeo’s announcement of the creation of a new Iran Action Group at the White House–almost exactly on the anniversary of the CIA-led coup against Iran’s elected Prime Minister Mohammad Mossadegh in 1953 no less–was as usual short on substance but heavy on on accusations and demands. Yet, it may still be quite significant precisely because of the growing fissures within the Trump administration in regards to Iran policy.

Hawks on Iran were caught off guard when Donald Trump announced last month that he would be willing to meet with Iran’s leaders “any time they want to” and without preconditions. The Israeli intelligence community–who otherwise have claimed authorship of Trump’s Iran policy–were “struck dumb for two days” amid fears that Trump might abandon the pressure strategy and instead seek to mend ties with Tehran. Steadfast supporters of kinetic action against Iran, such as the Foundation for Defense of Democracies (FDD), nervously took to twitter to warn Trump that he should be ready “to be taken to the cleaners” unless he approached the Iranians from a position of strength.

{Editor’s note: Many of FDD’s personnel were associated with the now defunct Project for a New Century, which helped push the Iraq war. A core FDD preoccupation is the Israeli-Palestinian conflict, about which the organization promotes views similar to those of Israel’s right-wing Likud Party – more info here and here.]

Trump’s surprise provided some insight into the fissures within his administration regarding Iran policy. Trump, who mindful of his fondness for summits and his desire to be seen as a deal maker probably does want to meet with the Iranians, appears rather alone in favoring a pivot to diplomacy. Here, he certainly does not have backing from John Bolton, Mike Pompeo or Brian Hook, who all the offer of negotiations as yet another instrument of pressure, rather than a genuine offer.

This group has already walked back Trump’s offer for dialogue with Iran without preconditions. And John Bolton famously wrote in a memo to Trump that as the US would increase the pressure on Iran, it should also consider “rhetorically leaving that possibility open in order to demonstrate Iran’s actual underlying intention to develop deliverable nuclear weapon.”

Against this background, one purpose the new Iran Action Group may serve is to escalate matters with Iran to the point in which any pivot to diplomacy by Trump may be rendered impossible.

Proponents of confrontation with Iran such as FDD have already once seen their pressure policy (which was designed to be irreversible) be dialed down by a President who pivoted to negotiations. This happened in 2013 under Obama, and led to many bitter public exchanges between FDD’s leadership and Obama officials. After all, the Obama administration worked closely with FDD to sanction Iran. Once Obama pivoted to diplomacy, however, FDD fell out of favor. Hawks on North Korea must have felt similarly frustrated when Trump suddenly shifted to talk to Kim Jung Un rather than threatening him with nuclear strikes.

Moreover, what has been clear from Trump’s Iran policy thus far is that much of it is rarely publicly acknowledged. But we know now per the reporting of Reuters that the Trump administration has been destabilizing Iran and that the goal with its pressure policy is to “foment unrest in Iran.” (It remains to be seen whether the US also has directly provided funding to entities involved in the unrest in Iran.)

The Iran Action group will likely lead and intensify efforts to foment unrest in Iran, further creating tensions with the EU, who view the destabilization of Iran as a direct national security threat to Europe.

Despite the absence of substance in Pompeo’s press conference, this move is yet another escalatory step by neoconservatives in the Trump administration, who are deliberately moving the US closer to war with Iran, despite Trump’s offer for talks. Trump has in the past shown himself quite capable of replacing advisors and officials who cross purpose with him. But on Iran, a pivot to diplomacy would not only cause a break with senior members of his inner circle, but also with the Prime Minister of Israel and the King of Saudi Arabia.

The neoconservatives in the White House and outside proponents of war with Iran have Trump in a corner and they want to keep him there. The Iran Action Group seems aimed at achieving just that.

Trita Parsi is the president of the National Iranian American Council and author of Losing an Enemy – Obama, Iran and the Triumph of Diplomacy.