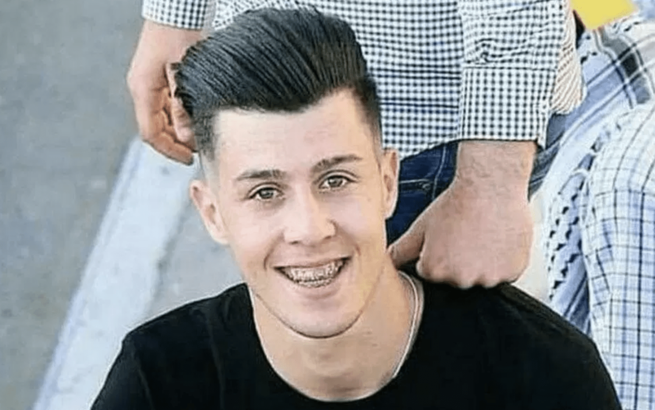 Waed, aged 22, has been detained by Israeli occupation forces since May over “suspected involvement in popular terror acts,” Middle East Eye (MEE) reported. On Monday, an Israeli military court found Waed guilty of participating in a “violent riot” in which an Israeli police officer was wounded. He was given a 14-month sentence after reaching a plea bargain.

The whole case against my son is an admonitory one. I consider this to be revenge against the whole family. Many kids in similar cases went home without charges being filed against them. If it was someone from another family I believe he would have received less time.

Bassem added that “this sentence was a surprise for us. This stole our moment of joy with Ahed’s release,” referring to the release of his daughter from Israeli prison in late July. Ahed had been serving an eight-month sentence in an Israeli jail after a video of her slapping an Israeli occupation soldier who trespassed on her family’s land went viral in December 2017.

Israel has since passed a law which bans the filming of its soldiers while on duty, with the penalty between five and ten years’ imprisonment depending on the perceived motive of the filming. The move has been seen as a bid to crackdown on activists like the Tamimis who document occupation forces’ human rights violations.

In June, 21-year-old Izz Al-Din Tamimi, another member of the Nabi Saleh family, was shot dead by Israeli soldiers. The soldiers then prevented Palestinian medical teams from reaching the youth, before taking his body away. An initial report by Israeli human rights organisation B’Tselem said Izz Al-Din was shot at close-range and died almost immediately of his wounds.

[Editor’s note: Ahed Tamimi’s14-year-old cousin, Mohammed, was shot in the head at close range the same day as her arrest; he survived and was subsequently arrested twice; her 17-year-old cousin Musab was killed in January.]

The Tamimis have generated huge international interest, with solidarity demonstrations held across the world after Ahed was initially arrested. Upon her release in July, Ahed’s mother Nariman argued that support for her daughter was based on racism and ignored the plight of the other 273 Palestinian minors being held in Israeli prisons. Nariman explained “frankly it is probably Ahed’s looks that prompted this worldwide solidarity […] perhaps the world showed more solidarity because she looks like their children, but all Palestinian children are Ahed Tamimi.”

Israel arrests child with one third of his skull missing, then lies about it

Is slapping an Israeli soldier in the face worse than shooting a child in the face?