You Are Here: Home → Tell Congress: NO MORE MONEY TO ISRAEL. PERIOD. 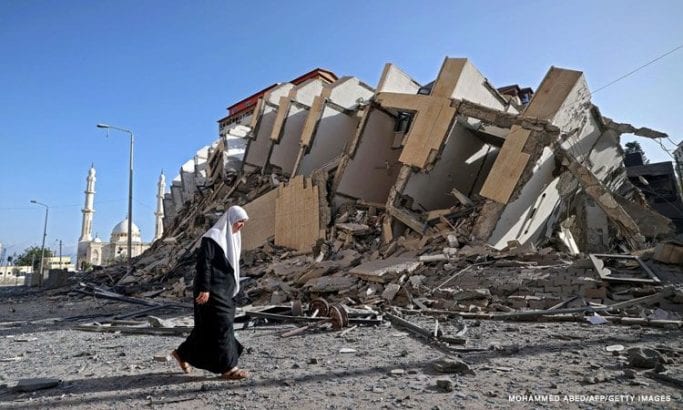 We can do more than shake our heads and wring our hands over the situation in Gaza. We can contact those who send our money to Israel and tell them NO MORE.

You’ve probably heard about the “war” between Israel and Gaza (latest stats here), Israeli brutality in Jerusalem and throughout the West Bank, and forced evictions looming in Sheikh Jarrah.

Stay up to date with this brand new resource on Gaza that we’ve just built!

These crimes are being accomplished with American complicity, as President Biden stands with Israel. And of course Israel’s cruelty is funded by our hard-earned tax dollars to the tune of $10.5 million a day (plus $9 million more on behalf of Israel).

We’re asking you to take two actions to help change the trajectory of this horrible injustice:

1. Use the form below to tell your Congress members it’s time to:


END ALL SUPPORT FOR ISRAEL. PERIOD.
2. Make a donation to If Americans Knew so we can continue producing compelling, meticulously sourced content, promoting our message, and fighting to end the oppression of the Palestinian people and manipulation of Americans.


There are names for what is happening – for what we are subsidizing:

GENOCIDE is the name for what Israel is doing to the Gaza Strip – systematically bombing residential areas and hospitals, killing and injuring large numbers of innocent civilians, while at the same time blocking the entrance of food and medical supplies. Israel has committed large scale attacks before, and has kept Gaza under blockade for over 14 years. These have been described as “quick death” and “slow death.” IT’S TIME TO SAY NO MORE!
ETHNIC CLEANSING is the name for what Israel is doing in Sheikh Jarrah – forcibly removing Palestinians who have lived there for decades, simply because they are not Jews. Israel has been ethnically cleansing the region since 1947, displacing hundreds of thousands. IT’S TIME TO SAY NO MORE!
BRUTALITY is happening in Jerusalem and all over the West Bank, as Palestinian worshipers and protesters are beaten and imprisoned – even killed – by Israeli police, military, and settlers. This too has been going on for years. IT’S TIME TO SAY NO MORE!

NO MORE MONEY TO ISRAEL.

so that together we can MAKE IT STOP.