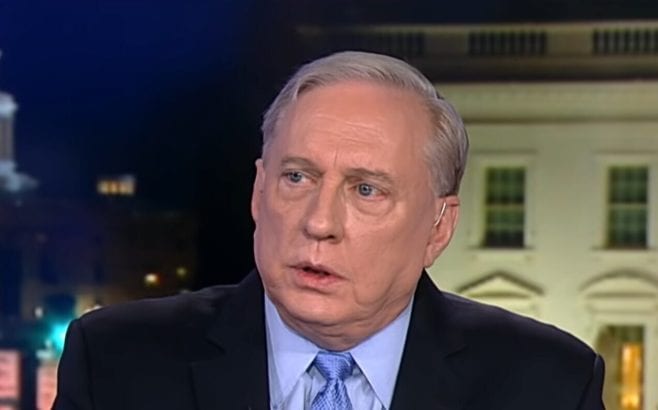 Col.Douglas Macgregor, one of several Trump loyalists recently installed at the Pentagon, says the pro-Israeli lobby in the United States is trying to drag America into war

Senior U.S. Defense official Douglas Macgregor, who was recently installed at the Pentagon by partisan loyalists of President Donald Trump, has come under fire for saying that American politicians become “very, very rich” by supporting Israel, with pro-Israeli organizations calling his remarks “antisemitic.”

In 2019, Washington was rattled after Congresswoman Ilhan Omar (D-MN) virtually made the exact same remark, tweeting that support for Israel in the United States was “all about the Benjamins,” referring to Benjamin Franklin, whose image appears on $100 bills.

Omar was denounced by members of Congress from both parties, and was accused of spreading antisemitism by Jewish American organizations, as well as by Trump.

However, as of Saturday morning, leading Republican senators, who denounced Omar’s comments almost immediately in 2019, had all remained silent about Macgregor’s comments.

Macgregor, a retired Army Col., went even further than Omar, bluntly claiming that politicians who support Israel are only driven by money, and that the pro-Israeli lobby in the U.S. is trying to drag America into war.

Macgregor was appointed adviser to Trump’s new acting secretary of defense, Christopher Miller.  His appointment is part of a purge of professional, non-partisan leaders in the Department of Defense, and their replacement by fervent Trump loyalists, which has been taking place since Trump was projected to have lost the presidential election to Joe Biden last week.

Macgregor’s remarks regarding the influence of the pro-Israeli lobby in the U.S. were first reported on Friday by CNN. The network quoted an interview Macgregor gave last year, in which he said Secretary of State Mike Pompeo “has his hands out for money from the Israeli lobby, the Saudis and others.”

Speaking about Trump’s former national security adviser, John Bolton, who like Pompeo is a strong supporter of the Israeli right-wing and the settlements enterprise, Macgregor said: “Mr. Bolton has become very, very rich and is in the position he’s in because of his unconditional support for the Israeli lobby. He is their man on the ground, in the White House.”

When asked whether politicians who are known for their support for Israel, such as Senator Lindsey Graham (R-SC), want to go to war with Iran, Macgregor replied: “You have to look at the people that donate to those individuals.”

He added that AIPAC has “enormous quantities of money that over many years have cultivated an enormous influence in power in Congress.”

Earlier this year, Trump had nominated Macgregor as U.S. ambassador to Germany, but his nomination was stalled after media outlets reported on statements that he made in which he criticized the German government.

It remains unclear why Trump has pushed in recent days for a complete leadership overhaul at the Pentagon. One possible explanation suggested by several leading U.S. media outlets is that the defeated Trump wants to complete the withdrawal of all American forces out of Afghanistan, and potentially also out of Syria, before leaving office. Macgregor has expressed support for such moves in the past.

Slamming Macgregor’s remarks, Rep. Ted Deutch (D-FL), one of the most prominent Jewish members of Congress, wrote on Twitter: “The only appropriate response from this White House to these antisemitic comments from someone with a distorted idea of the Holocaust must be a swift firing and complete condemnation.”

Echoing Deutch’s sentiments, Jonathan Greenblatt of the Anti-Defamation League warned that “There is no place in our government for these ugly, antisemitic conspiracy theories that wealthy Jews are controlling the government.”

AIPAC, considered the most powerful pro-Israel lobby in the U.S., called Macgregor’s comments “ill-informed and illegitimate” and said that his words will not deter the organization from continuing its work.

In a 2012 interview with the Russian state outlet RT, Macgregor said the pro-Israel lobby had “enormous influence” and wanted military action to be taken against Iran.

“I think the American Israeli Public Affairs Committee [AIPAC] and its subordinate elements or affiliated elements that represent enormous quantities of money that over many years have cultivated an enormous influence in power in Congress,” he said.

“I think you’ve got a lot of people on the Hill who fall into two categories — one category that is interested in money and wants to be reelected, and they don’t want to run the risk of the various lobbies that are pushing military action against Iran to contribute money to their opponents,” Macgregor said.

Amir Tibon is the assignments editor and U.S. news editor for Haaretz