You Are Here: Home → Senate passes $38 billion to Israel – next step House of Representatives 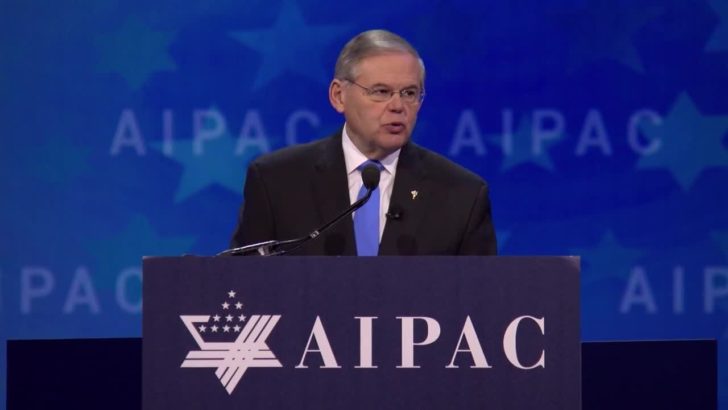 The Senate yesterday passed a bill to give Israel $38 billion over the next 10 years. The legislation, heavily promoted by AIPAC, was adopted in a voice vote. The bill is “S.2497 – United States-Israel Security Assistance Authorization Act of 2018.”

This amounts to approximately $23,000 for each Jewish Israeli family of four.

The bill also mandates that NASA work with the Israeli Space Agency, despite accusations of Israeli espionage – In 2015 a Caltech scientist revealed that the Chair of Israel’s National Committee for Space Research had illegally acquired classified information.

Also yesterday, the Senate voted a Defense bill that provides $550 million to Israel.

While Israeli media have reported on the legislation, mainstream U.S. news media have failed to inform Americans about the money to Israel.

The bill is currently also making its way through the House of Representatives. If the House passes it, as expected, it will be sent to President Trump to sign into law.

[To take action regarding the bill go here]

It appears that giving Israel this money would violate several U.S. laws:

• It would violate the Leahy Law, which prohibits aid to countries guilty of human rights violations.

Despite this – and despite the fact that Israel has killed 150 and injured 16,000 Palestinian men, women, and children in the past four months – the aid bill has 71 co-sponsors: 36 Democrats and 35 Republicans.

The bill is being heavily promoted by AIPAC, which pioneered it, and other pro-Israel organizations.

Among the co-sponsors are some progressive Senators, including Elizabeth Warren and Kirsten Gillibrand, even though polls show that only 19 percent of liberal Democrats support Israel over Palestinians.

Despite the record breaking quantity of money, almost no mainstream U.S. media have informed Americans of the bill.

The aid package was first negotiated by the Obama administration, which largely submitted to Israeli demands. The Forward reported at the time: “When Yaakov Nagel, Israel’s acting national security adviser, was tasked with heading the team negotiating a new 10-year military aid package with the United States, Prime Minister Netanyahu set forth the guidelines: ‘If you reach $3.5 billion a year, you’ll get a gold medal,’ Nagel recalled Wednesday, hours before signing the agreement in Washington. ‘If you get $3.3 billion you’ll get a silver medal; and if you get $3.1 billion you’ll get the bronze.’”

Senate sponsors of the bill: