You Are Here: Home → The Mossad’s role in the Kurdish Independence movement

The Mossad’s role in the Kurdish Independence movement 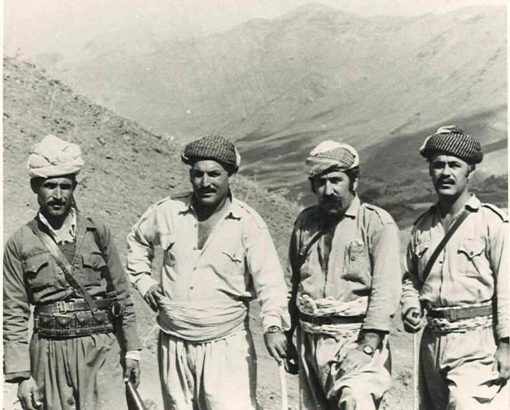 Israeli strategists have long wished to balkanize the Middle East to make it easier for Israel to dominate the region. These efforts to break up the surrounding nations into smaller units were described by Moshe Sharett in the 1950s, by Yinon Oded in the 1980s, and more recently by the neocons in the Clean Break document. (See this article for more details.)

Since dismembering Iraq has long been desired, it is no surprise to learn of Israel’s role in assisting the Kurdish independence movement.

Michael Goldfarb reports on this in the The Forward; below are excerpts:

We have no friends but the mountains,” is an old Kurdish saying.

No friends but the mountains — and Israel — is the reality. There is a deep affinity between Israel and the Kurds. Israeli Prime Minister Benjamin Netanyahu was alone among world leaders when he endorsed Kurds preparing to vote in an independence referendum.

But it was a rare public declaration of this secret closeness. Israeli-Kurdish friendship is the geopolitical love that dares not speak its name, for the Kurds would prefer it be kept quiet. Open alliance with the Jewish State remains a taboo for most countries in the Middle East. It makes it all the more ironic that Kurdistan is commonly referred to as “Yehudistan”.

….. Israel has long held a slightly different view of the Kurdish struggle for independence. In some ways, Israel’s view is pragmatic. The Middle East could do with another secular democracy.

“They called me Kak Gheizi,” he said proudly. Kak or kaka means brother. It is a term of friendship. “These are good people,” says Gheizi. “They share the same values as Jews.”

But the relationship between the Kurds and Jews has a historical aspect, too. Gheizi was there at the beginning, in the mid-60’s, when Mullah Mustafa Barzani, the first leader of the modern Kurdish independence movement, flew to Israel to ask David Ben Gurion for support.

“They asked us for three machine guns and one broadcasting station,” Gheizi laughs. “That was the beginning.”

Ben-Gurion knew the relationship had to be secret. The regional sensitivities were too great; Israel’s Arab neighbors would have seen overt help to Kurds trying to break away from an Arab country as an act of aggression.

For these reasons, Ben Gurion assigned the Mossad to handle it.

Next came training of the Kurdish guerillas, the peshmerga. “We gave them a whole line of training, from small group commander to battalion commander,” Gheizi explained. “We supplied them with field cannons thanks to the generosity of Arab Armies who left us this equipment in the wars.”

But the main thing Mullah Mustafa wanted from Ben Gurion was an introduction. According to Gheizi, Barzani would tell Ben-Gurion, “Amrika, please bring Amrika to help us more.” When Barzani heard Henry Kissinger was in Israel, he called Gheizi and said, “Tell Yitzhak [Rabin] to bring him by the ear to meet us here.” But Israel was unable to deliver America.

But the history goes back much further than Ben Gurion. Jews lived in Kurdistan from the time of the destruction of the First Temple. Not all those dispersed during that catastrophe were taken to Babylon, and some ended up due north a few hundred miles in the Kurdish mountains. They remained there until the early 1950’s, when they were airlifted to Israel as post-colonial Iraq took on a determined anti-Semitic color. [This “anti-Semitic color” was helped when the Mossad bombed synagogues and made it look like this was done by Iraqi Muslims.]

….. Kurdish independence won’t happen soon, and relations with Israel will continue to be opaque. Mullah Mustafa’s son, Massoud Barzani, runs the Kurdistan Regional Government. Open acknowledgement of friendship with Israel will not help him.

Nor did it help when, two weeks ago, Turkish President Recep Tayyip Erdogan expressed his displeasure with the referendum and Netanyahu’s endorsement of it. This week, Bibi changed tactics and issued a cease and desist order to his cabinet, saying no one was to discuss the result publicly.

The love that dare not speak its name, the love that everyone in the region knows about, will continue to be pledged behind closed doors.