You Are Here: Home → Republican platform panders to Israel zealots 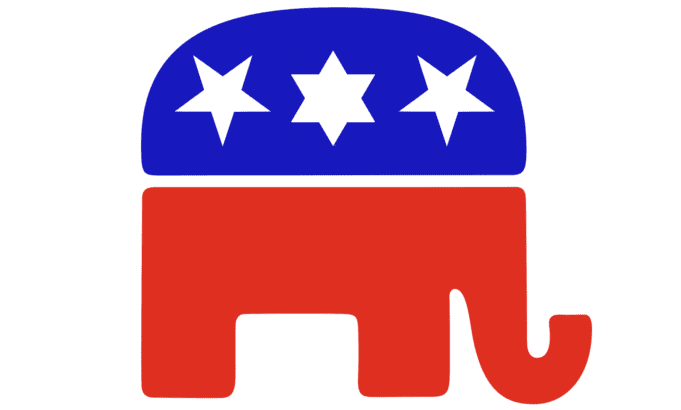 The Republican platform for 2016/2020 has a starring role for Israel.

The Republican National Committee platform of 2016, resurrected for 2020, will once again genuflect before Israel – ignoring the realities of human rights, international law, and logic.

Last month, If Americans Knew presented an analysis of the Democratic National Committee’s 2020 platform on Israel/Palestine. In the spirit of impartiality, we now offer a similar review of the Republican counterpart.

Interestingly, the Republican National Committee (RNC) decided to recycle its 2016 platform for 2020-2024. This document was heavily influenced by Christian conservatives – including Christian Nationalists and Christian Zionists – who have very explicit ideas about the issue of Israel. On the other hand, Christian conservatives with more nuanced viewpoints on the the Bible or the issue of Israel-Palestine (for example, Republican Chuck Baldwin or Steven Anderson), many of whom actively support Palestinian rights, seem to have been ignored.

The platform was likely also influenced by donors like Sheldon Adelson, considered “the most important mega-donor in the Republican Party,” and whose pro-Israel demands have largely determined Trump’s Mideast policies.

The first question, then, is whether the RNC platform reflects the will of Republicans, or just that of certain Republicans.

Do the “representatives” represent the people?

Jewish Telegraphic Agency (JTA) reports a large dip in Republican support for Israel in 2019, falling from 87 to 76% – a notable loss in just a year.

Another telling statistic: more than one in three Republicans believe that President Trump favors Israel too much – even more (36%) believe he should not play favorites at all on the issue.

[W]e can never take the conservative base for granted. [These findings are] a timely reminder that there’s always work to be done.

To Brog, a lifetime Jewish Zionist who previously practiced corporate law in Tel Aviv, loss of voter support for Israel indicates a problem with voters, not with Israel – voters should change for the platform (a platform created by a small cohort of extremists).

Occupation is no longer a thing

The DNC grappled with the topic of Israel’s occupation of the Palestinian territories, ultimately declining to use the word in its platform.

The RNC on the other hand rejects the very idea of occupation, stating in its platform,

We reject the false notion that Israel is an occupier.

This is in spite of the fact that the United Nations, the International Court of Justice and even the Israeli Supreme Court employ the word. (Oddly, the Israeli government officially disagrees, preferring the word “disputed.”)

The main author of the Israel plank, Israel devotee South Carolina state legislator Alan Clemmons, has stated elsewhere that characterizing Israel as an occupier is anti-Semitic:

[T]he common misrepresentation of the Jewish State of Israel as an occupier in the Land of Israel has become the primary antisemitic canard of the present generation, inherently accusing the Jewish People of territorial thievery.

The GOP 2016 platform included a statement apparently to discourage the Palestinian Authority from seeking statehood unilaterally:

We oppose any measures intended to impose an agreement or to dictate borders or other terms, and we call for the immediate termination of all U.S. funding of any entity that attempts to do so.

The opposition has since become ironic (if not comical), as Israel has plans to unilaterally annex parts of the West Bank at some point. According to the platform, the annexation – which would literally impose policy and dictate borders on Palestine – should trigger the Republican Party to defund Israel – if the Party actually stuck to its statement in this regard. (A strong majority of Americans would agree with the defunding of Israel.)

The above clause was originally intended to replace the two-state solution paradigm, which has fallen into disfavor among Republicans – as well as some Israelis, Palestinians, and liberal Jewish Americans.

However, as Alan Clemmons explained, the wording “does not foreclose any possible solution…including the two-state proposal” if the Israeli government sees it fit “in her own superior judgment.” The Palestinian people and Republican Americans are not part of the conversation.

(Today, a growing number of people who believe in universal principles of justice support a one state solution based on the fundamental precept of “one person, one vote.”)

We recognize Jerusalem as the eternal and indivisible capital of the Jewish state and call for the American embassy to be moved there in fulfillment of U.S. law.

Words like “eternal” and “indivisible” have a religious flavor, reflecting the heavy Christian Zionist influence in the platform, as well as major Republican donors like Adelson and Paul Singer (who works to influence Christian Americans). These were the folks most pleased when the US Embassy moved from Tel Aviv to Jerusalem in 2018 (while Israeli snipers killed over 60 Palestinians).

But those words run counter to United Nations appeals and Israel’s own promises.

In 1947, anticipating the end of British control in the region, the UN required that Jerusalem be set apart as a “Special International Regime,” an arrangement that Israel promised to carry out when it was granted membership in the United Nations.

Israel never followed through, and in fact has done the opposite – for example imposing laws, demolishing buildings, ethnically cleansing a large portion of its non-Jewish population, and annexing Palestinian East Jerusalem after the 1967 war. The UN has passed dozens of resolutions (example) condemning the changes and broken promises.

Israel controls the city, including checkpoints that control Muslims’ and Christians’ access to their own holy sites – at the same time that Israeli extremists enter the Muslim compound under Israeli police protection.

Republican leadership is again ignoring the human rights of the indigenous Palestinian people and enabling the violation of international law.

The RNC platform seeks to protect Israel from the consequences of its illegal actions not just in Jerusalem, but also on American college campuses, across the US, and around the world through the Boycott, Divest, and Sanction (BDS) movement. The language demonizes actions by groups wishing to “limit commercial relations with Israel…in a discriminatory manner” because such actions supposedly seek to “destroy Israel.”

In reality, the BDS movement seeks only to destroy Israel’s illegal practices (settlement-building, denial of Palestinian refugees’ right to return home) that withhold justice and equality from Palestinians. The campaign is modeled after the South African program to end apartheid through economic pressure on its racist government.

The Republican platform goes on to describe the pre-Obama consensus to prioritize the “security of Israel,” which was then replaced with “impotent grandstanding” that has been “ruinous for all parties except Islamic terrorists and their Iranian and other sponsors.” (Watch this video for more on BDS.)

“Do single out Israel”

While the RNC seeks to insulate Israel from recognition for its illegal policies, that body goes out of its way to single out Israel for its supposed positive exceptionalism. The platform applauds Israel’s “democracy and humanity,” and its “freedom of speech and freedom of religion,” going so far as to declare that

support for Israel is an expression of Americanism, and it is the responsibility of our government to advance policies that reflect Americans’ strong desire for a relationship with no daylight between America and Israel.

This is problematic on many levels. Democracy and humanity are not truly accessible to Palestinians in Israel; neither are freedom of speech and religion. In addition, according to recent polls, Republicans simply are not that enamored with Israel anymore. (American Jews are also distancing themselves.) “Americans’ strong desire” for “no daylight” is a relic of the past.

Trump’s presidency supervised US withdrawal from the UN Educational, Scientific, and Cultural Organization (UNESCO) and the Human Rights Council (UNHRC), fulfilling the 2016 RNC call for limiting participation in the United Nations. The platform named the need for UN overhauls such as greater transparency and an end to “its treatment of Israel as a pariah state.”

What is left on the checklist in 2020? According to the RNC, “an immediate halt to U.S. funding for the U.N.’s Framework Convention on Climate Change (UNFCCC).” Why? Because of the 1994 Foreign Relations Authorization Act, a law which

[p]rohibits U.S. contributions to any affiliated organization of the United Nations or to the United Nations if they grant full membership as a state to a group that does not have internationally recognized attributes of statehood.

The RNC platform specifies that, because the State of Palestine is a member of the UNFCCC, the United States by law can not fund that group’s programs, particularly its Green Climate Fund.

The GOP conveniently ignores the Leahy Laws, which demand that the US withhold funding from Israel because of its Gross Human Rights Violations.

The United Nations does indeed treat Israel like a pariah state, for good reason. Israel has been censured by the UN hundreds of times – with little if any result – for flaunting international law. Some have begun to view the United States as a pariah state as well, especially given the rhetoric of the Nikki Haley years.

All told, Republican kowtowing to Israel is not just grotesque, it is downright dangerous for Palestinians.

In 2016, the liberal Zionist organization J Street expressed its fear that the language of the RNC platform would “embolden the Israeli settler movement and those who wish to annex the West Bank” and would “weaken Palestinian moderates and strengthen extremists advocating violence.”

Indeed, as President Trump has carried out various elements of the mandate, Israeli settler violence has risen; Israel has come very close to annexation of parts of the West Bank (and may still follow through); and violence and extremism are gaining momentum.

The platform could also be dangerous for Americans, as it identifies Americans collectively as supportive of Israeli violence – which may result in escalating hostility toward the United States.

The fact that the Israel plank passed unanimously and with standing ovation is not a testimony to its popularity – it is a signal that radical Israel advocates are taking all of the seats and running the show.

Most Americans aren’t Zionists, but Democratic and Republican Party Platforms Are

While US is in crisis, Congress posts 68 bills (and counting) for Israel