You Are Here: Home → Progressive Illinois Candidate Knocked Off Ticket For Israel Views 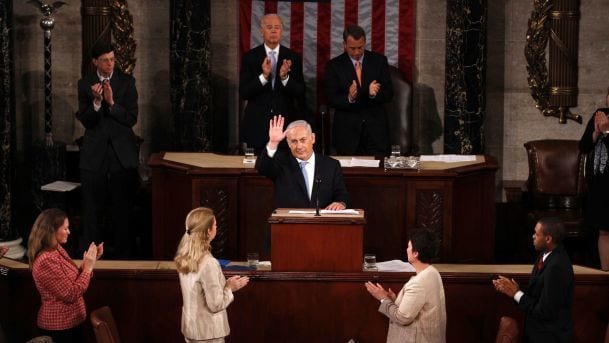 For Democrats, including progressives, Israel is the one issue on which no deviation from a lobby’s line is permitted.

Bad news, Democrats. There is no such thing as courage on Capitol Hill. As a guy who worked as a legislative aide to Democratic House and Senate members for almost 20 years, I should know:

Let me explain. You know how we often applaud our favorite legislators for their “courage” on choice, GLBTQ issues, guns, immigration, civil and equal rights, and climate change?

With few (if any) exceptions, these heroes are only courageous on issues that won’t cost them a dime in campaign contributions. In other words, these senators and House members (invariably from progressive states and districts) are only courageous on the cheap. They only get away with it because progressives either don’t know or don’t care that virtually all of them are cowards on the Israel-Palestine issue, taking their orders from AIPAC (the Israel lobby) in order not to jeopardize the campaign donations they get from its members.

Now maybe you don’t care about Israel/Palestine, or just look away when Israel is bombing the hell out of Gaza or working to undo President Obama’s Iran nuclear deal. (In the case of the latter, two top Democrats, both tied at the hip to AIPAC and its affilated donors, Chuck Schumer of New York and Ben Cardin of Maryland, joined the Republicans in a failed to attempt to defeat their own president’s initiative.) Even if you don’t care about that, you should care when supposed progressives can so easily be bought on a critical issue. After all, if they sell out on one issue to please donors now, what will they sell out on next? How are they different than Republicans who toe the NRA line to please that lobby and its donors? For Democrats, AIPAC is the NRA.

Examples of progressive cowardice are all around us. Both Elizabeth Warren and Bernie Sanders defended Israel’s 2014 bombardment of Gaza which resulted in the deaths of 1,462 civilians of whom 495 were children. Both opposed any action by the Obama administration to stop the killing, refusing to support any cuts to Israel’s massive aid package over Gaza, settlement expansion, routine human rights abuses or anything else.

To be fair, Warren and Sanders are far from the worst progressives on this issue. In fact, they are better than most Democrats who offer full-throated support to anything Israel does. A list of Israel shills in Congress would fill up all my space so suffice it to note that when Keith Ellison, a true hero on this issue despite all the threats from AIPAC, tried to get the House progressive caucus to join him in a letter to then Secretary of State Kerry calling for a ceasefire, only 5 of 57 members joined him. No senator spoke out.

And now the latest outrage.

In Illinois this week, State Sen. Daniel Biss dropped Chicago Alderman Carlos Ramirez-Rosa as his running mate in his campaign to become governor of the state. Ramirez-Rosa, 28, was a Sanders delegate to the Democratic convention and proudly calls himself a Democratic Socialist. His choice for the #2 slot was viewed as a big step forward for the progressive wing of the party.

But then Brad Schneider, a congressman from suburban Chicago, heard that Ramirez-Rosa’s progressiveness did not stop at Israel’s borders. In fact in 2014, Ramirez-Rosa said the following:

Schneider, one of AIPAC’s top lieutenants in the House went ballistic, instantly demanding that Ramirez-Rosa be kicked off the ticket. His ostensible reason was that Ramirez-Rosa was a member of the Democratic Socialists of America movement which supports the Boycott, Divestment and Sanctions movement. Accordingly Ramirez-Rosa had to go:

“Following conversations with Senator Biss and Alderman Ramirez-Rosa, I have informed the campaign of the withdrawal of my support,” Schneider said. “I remain hopeful that as Alderman Ramirez-Rosa learns more about the importance of the U.S.-Israel partnership to both our nations, the unique challenges Israel faces as the only democracy in a very dangerous neighborhood, and the commitment of the vast majority of the Israeli people to peace and a two-state solution, he will reconsider his position.”

Seventy-two hours later Ramirez-Rosa was kicked off the ticket. Gubernatorial candidate Bliss said that if he knew of his former running-mate’s position on Israel, he never would have chosen him.

No doubt that is true. For Democrats, including progressives, Israel is the one issue on which no deviation from a lobby’s line is permitted. In fact, Democrats are worse than Republicans whose support for the occupations and bombing Palestinians fit in with their hawkish and Islamophobic worldviews. Their support for everything Israel does is not bought (it doesn’t have to be). Democrats, however, sell their souls for AIPAC dollars.

And they will continue to do so until progressives tell them that regardless of their other positions they will not have progressive support in Democratic primaries until and unless they apply the same standards to Israel that they apply to the rest of the world, including to our own country. Progressives must stand for equal rights and equal justice everywhere in the world, including in the Middle East. That means standing with brave Israelis and Palestinians who are fighting injustice, not with those who fight to preserve the ugly, immoral status quo. If your “progressive” representative doesn’t understand that, he is nothing but a hack.

Along these lines, read about Senator Ben Cardin’s ongoing effort to criminalize speech critical of Israel.