You Are Here: Home → Poll finds only 41% of Americans view Israeli government favorably 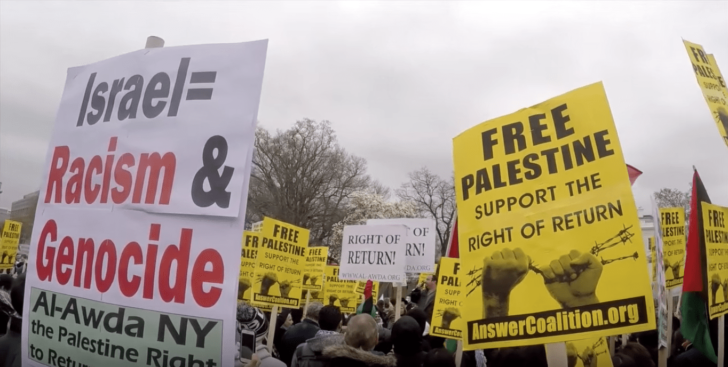 A new Pew poll found that most Americans view the Israeli government unfavorably, feel that Trump is favoring Israel too much, and only 27% of Americans under 30 view Israel’s government favorably…

In addition, the poll found that about five times more Americans feel that Trump is favoring the Israelis too much than believe he is favoring Palestinians too much.

According to the survey, Americans 65 and older “are the only age group in which a majority (57%) have a favorable view of the government. Among the youngest adults (those younger than 30), just 27% view Israel’s government favorably.”

The poll found that among Republicans, Evangelical Protestants (which include all races) are more likely than non-evangelicals to express a favorable opinion of Israel’s government.

In recent years, however, support among evangelical Christians has been slipping.

A journalist reporting in 2012 about the “the largest gathering of young evangelical leaders in America” stated: “In dozens of random conversations, I noted that Millenials … expressed solidarity with the Palestinians and annoyance with Israel. This is a seismic shift in the American church and a serious threat to Israel’s one traditional area of support.”

The recent poll did not measure Jewish views (Pew says that the sampling size was too small to evaluate that demographic). However, a 2013 Pew survey on Jewish Americans showed strong Jewish connection to Israel, combined with criticism of the Israel government.

According to the poll, “Emotional attachment to Israel has not waned discernibly among American Jews in the past decade,” with 69% (and 76% of religious) of Jewish Americans feeling attached to Israel.

At the same time, however, the poll found: “Many American Jews express reservations about Israel’s approach to the peace process. Just 38% say the Israeli government is making a sincere effort to establish peace with the Palestinians.”

The Pew poll was conducted April 1-15, 2019 among 10,523 American adults. The full poll, which contains much additional information – including facts about Democratic/Republican views and views on Palestinians, can be viewed here.