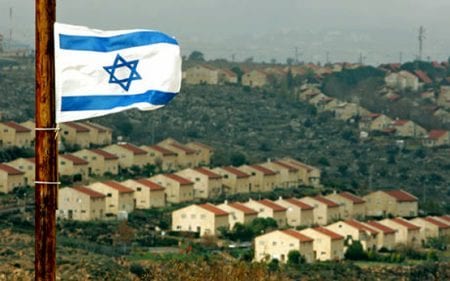 Approximately 400,000 settlers already live in the West Bank, with another 200,000 in East Jerusalem. That’s nearly 10% If Israel’s 6.3 million Jewish citizens.

The Palestine Liberation Organization (PLO) condemned, on Monday, Israeli plans to build around 4,000 housing units in illegal settlements throughout the occupied West Bank.

Reports said, according to WAFA, that  Netanyahu is bent on approving, next week, the construction of 300 units in the settlement of Beit El, 206 in Tekoa, 158 in Kfar Etzion, 129 in Avnei Hefetz, 102 in Negohot, 97 in Rehelim, 48 housing units in Ma’ale Mikhmas, and 30 units in Jewish settlement in Hebron.

“Clearly, Israel is bent on entrenching the military occupation and its illegal settlement enterprise, further reaffirming its intentions of displacing Palestine and replacing it with ‘Greater Israel’,” said Ashrawi, in remarks made during her meeting with Norwegian Representative Hilde Haraldstad at the PLO headquarters in Ramallah.

“Rather than becoming party to Israel’s unlawful breach of international law and conventions, the global community should hold Israel accountable for acting outside the law before it destroys the prospects of a viable Palestinian state, peace and stability indefinitely,” she said.

Ashrawi expressed her appreciation to the Norwegian government for its consistent and positive position towards Palestine and its dedication to peace and justice.  She also urged Norway to affirm its commitment to ending the occupation and achieving the two-state solution by recognizing the state of Palestine in the immediate future.

Ashrawi provided the Norwegian diplomat a critical assessment of the latest political and regional developments, including Israel’s deliberate and systematic efforts to impose the one-state solution with its persistent violations and illegal settlement activities.

“It is vital that European countries exhibit the political will necessary to take decisive action to end the occupation and to remove all of its manifestations from Palestinian soil,” said Ashrawi.