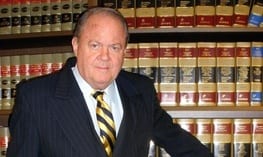 The Palestinian Information Center PIC) reports: “Palestinian and Jewish activists have filed a lawsuit with a US court against Israeli premier Benjamin Netanyahu and other officials over war crimes they committed against Palestinian citizens.”

PIC reports: “The complaint was prepared by noted attorney in Washington Martin McMahon, who has filed three other lawsuits that are currently before US courts and aim to cut off the stream of funding from the US to Israeli colonialism.”

Charlotte Silver in Electronic Intifada reports that the lawsuit “alleges a money laundering scheme that involves the US defendants raising charitable donations to send to Israeli government leaders.”

Based on the Anti-Terrorism Act and the Alien Torts Statute, the complaint alleges that the Israeli officials use the money to fund settlements and violent extremism in the occupied West Bank, which the complaint identifies as “international terrorism.”

The lawsuit also names the family foundation of Jared Kushner, Trump’s son-in-law and now his adviser on the Middle East and Israel.

Other defendants are David Friedman and his charity, American Friends of Beit El Yeshiva Center. Friedman, Trump’s ambassador-designate to Israel, is a major fundraiser for Israeli settlements.

The lawsuit aims to use anti-terrorism statutes and laws governing tax-deductible charities to hold accountable those sending huge sums to fund Israeli colonization.

It was filed just one day before Trump told a group of religious leaders that he would “totally destroy” the amendment to the US tax code that prohibits tax-exempt organizations, including churches, from engaging in direct political activity to influence elections.

Trump made the repeal of the Johnson Amendment a tenet of the Republican Party platform during his presidential campaign, drawing the support of right-wing Christian Zionist leaders, including John Hagee, head of Christians United for Israel.

Hagee is a defendant in another pending lawsuit filed last year over the funding of settlements and occupation.

The several dozen plaintiffs include residents of the US, the occupied West Bank and Gaza Strip. They say they have been directly injured by the alleged war crimes enabled by the defendants.

For example, Palestinian Americans Linda Kateeb and Ali Ali claim to have lost from $2 to $3 million worth of real estate in the occupied West Bank due settlement activity the complaint describes as real-estate fraud.

According to the lawsuit, tax-exempt organizations currently raise $2 billion dollars to fund Israeli colonization of the occupied West Bank.

“Courtesy of the $2 billion in laundered funds that they receive every year, Israeli-based beneficiaries are able to inflict wholesale violence on their Palestinian neighbors and steal more of their real property,” the complaint alleges.

While Jared Kushner was a director of the Kushner Family Foundation, the group sent nearly $60,000 to West Bank settlements between 2011 and 2013 and more than $315,000 to Friends of the IDF, a group the Israeli newspaper Haaretz describes as “the army’s US fundraising arm.”

The foundation sent a small amount to the Yitzhar settlement, home to some of the most violent settlers in the West Bank.

Yitzhar’s rabbi, Yosef Elitzur, has advocated for settlers to commit so-called “price tag” attacks on Palestinians and co-authored a book justifying the killing of non-Jewish babies.

Until recently, Kushner also sat on the board of the New York-based Friends of the IDF, which holds gala fundraisers to support Israeli soldiers.

On 25 January, The Forward reported that Kushner’s name was removed from the website.

The seventh defendant is the accounting firm Billet, Feit, & Prince, P.C., which the complaint claims knowingly concealed the nature of the charities on documents filed with the US Internal Revenue Service, therefore committing tax fraud.

The complaint was prepared by attorney Martin McMahon, who has filed three other lawsuits that are currently before the courts, targeting the stream of funding from the US to Israeli colonialism.

One of his lawsuits already accuses American Friends of Beit El Yeshiva Center along with other individuals and companies of profiting from Israel’s settlements in the occupied West Bank.

Another charges the US Treasury Department with failing to enforce the laws on charitable contributions.

“Our tax code is being abused, and the Treasury is not doing its job,” McMahon said.

The latest lawsuit argues that for the last 20 years, settlements in the occupied West Bank have been fueled by the “personal agenda” of the defendants, in contravention to Israel’s sovereign interests.

“When financing, encouraging, or engaging in acts of international terrorism the Israeli defendants were not implementing Israeli official government policies but pursuing their own personal agenda,” the complaint states.

Like previous attempts to invoke US laws in favor of Palestinians, this lawsuit must argue that the settlement activity and violence is distinct from state violence.

“I don’t want Netanyahu or the Ministry of Defense to claim immunity,” McMahon explained, citing past cases in which lawsuits against Israeli military commanders have been thrown out on the grounds that they were acting as agents of the state.

“All defendants have been violating US and Israeli criminal statutes for at least twenty years,” the complaint claims, “by engaging in money laundering … and funding settlement expansion, arms trafficking, ethnic cleansing and genocide.”

The complaint invokes, but is not based on, the recently passed Justice Against Sponsors of Terrorism Act (JASTA), which allows victims to sue state actors for knowingly contributing material support to people or organizations “that pose a significant risk of committing acts of terror.”

Until now another law, the Foreign Sovereign Immunities Act has protected states and their agents from civil claims in US courts. This law has repeatedly shielded Israeli leaders.

The Senate unanimously passed the controversial JASTA statute last May, with the specific intention of allowing families of victims of the 9/11 attacks to seek damages from the state they believe bore responsibility: Saudi Arabia.

The Saudis reportedly lobbied heavily against the bill. President Barack Obama vetoed the bill, only to see Congress override his veto for the first and only time during his eight-year presidency.

While arguing against the bill, Obama warned it “threatens to create complications in our relationships with even our closest partners.”

McMahon intends to use it to do just that.

The lawsuit argues that by funding belligerent settlements and the Israeli army through Netanyahu and Israel’s defense ministers, Kushner, Friedman and other donors are violating JASTA.

Past attempts to claim Israeli leaders and military officials violate the Anti-Terrorism Act have failed to overcome the Foreign Sovereign Immunities Act, while US courts have accepted numerous lawsuits against Palestinian groups. Read full article