You Are Here: Home → Rothschild reveals crucial role his ancestors played in the Balfour Declaration and creation of Israel [VIDEO] 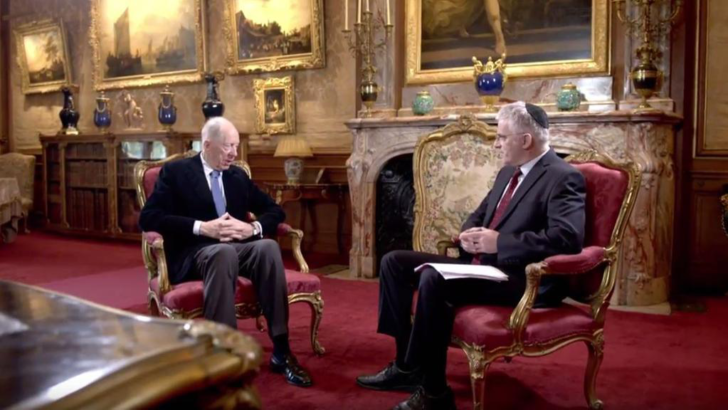 The Times of Israel reports that Lord Jacob Rothschild recently revealed new details about the crucial role his ancestors played in obtaining the Balfour Declaration, which “helped pave the way for the creation of Israel.”

The 80-year-old Rothschild is the current head of the banking family and a strong supporter of Israel.

The Balfour Declaration (text below) was an official 1917 letter from the British Foreign Minister, Lord Balfour, addressed to Lord Rothschild, a Zionist leader in Britain at the time and the current Lord Rothschild’s uncle.

During a television interview, the Times of Israel reports that Balfour revealed for the first time the  role of his cousin Dorothy de Rothschild.

Rothschild described Dorothy, who was in her teens at the time, as “devoted to Israel,” and said: ‘What she did, which was crucially important.'”

Rothschild said that the way the declaration was procured was extraordinary. “It was the most incredible piece of opportunism.”

“[Weizmann] gets to Balfour,” Rothschild described, “and unbelievably, he persuades Lord Balfour, and Lloyd George, the prime minister, and most of the ministers, that this idea of a national home for Jews should be allowed to take place. I mean it’s so, so unlikely.” 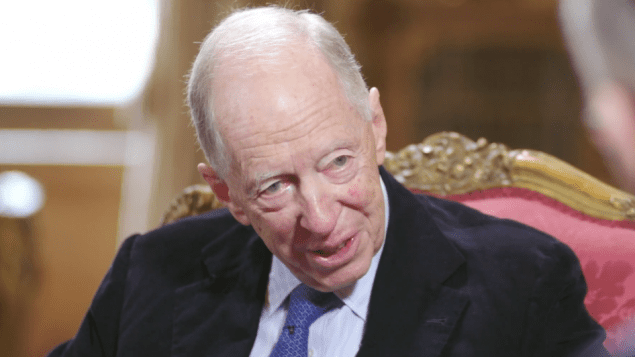 The interview was was conducted by former Israeli ambassador Daniel Taub as part of the Balfour 100 project. Taub interviewed Rothschild at Waddeston Manor in Buckinghamshire, a manor bequeathed to the nation by the Rothschild family in 1957, where the Declaration is kept.

According to Ambassador Taub, the declaration “changed the course of history for the Middle East.”

The Times reports that Rothschild said his family at the time was divided on the idea of Israel, noting that some members “didn’t think it was a good thing that this national home be established there”.

Dorothy’s letters are also stored at Waddeston. They describe her later dealings with diverse Zionist leaders and her advice on the organization of the Zionist Conference, according to the Times.

Rothschild said that the Declaration went through five drafts before finally being issued on November 2, 1917.

Alison Weir reports in her book, Against Our Better Judgment: The Hidden History of How the U.S. Was Used to Create Israel, that drafts of the declaration went back and forth to Zionists in the United States before the document was finalized. The main writer was secret Zionist Leopold Amery.

Weir’s book documents that one of the main inducements given to British leaders to issue the Balfour Declaration was the Zionist claim that they would bring the U.S. into world war I on Britain’s side if the British would promise to enable the Zionist colonization of Palestine.

I have much pleasure in conveying to you. on behalf of His Majesty’s Government, the following declaration of sympathy with Jewish Zionist aspirations which has been submitted to, and approved by, the Cabinet

His Majesty’s Government view with favour the establishment in Palestine of a national home for the Jewish people, and will use their best endeavors to facilitate the achievement of this object, it being clearly understood that nothing shall be done which may prejudice the civil and religious rights of existing non-Jewish communities in Palestine or the rights and political status enjoyed by Jews in any other country.

I should be grateful if you would bring this declaration to the knowledge of the Zionist Federation.

Below is the Interview: