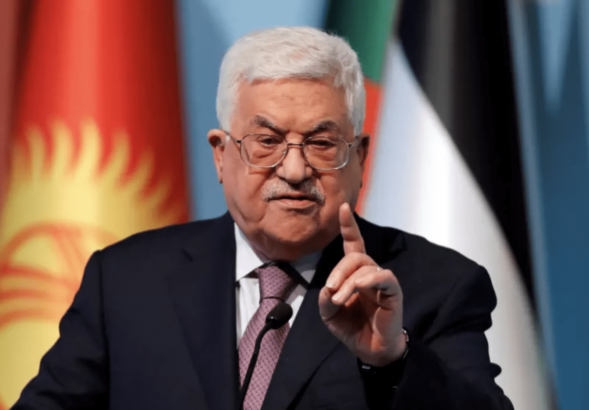 The Palestinians strongly condemned the Jewish nation-state bill that was approved by the Knesset on Thursday, dubbing it a “racist and apartheid law.”

The Palestinians also called on the UN General Assembly to reinstate the “Zionism is racism” resolution that was adopted in 1975 but repealed in 1991.The Palestinian Authority said in a statement that the new law “paved the way for ethnic cleansing and was a declaration of war on all Palestinians.”

A statement released by the PA Information Ministry in Ramallah said that the nation-state law was also a declaration of war on the Palestinians’ land, rights, identity, and language.”

The new law, the ministry charged, “unleashes the arm of terrorism and racism” and provides justification for harming the status of the Arab citizens of Israel.

It called on parliaments “in the democratic world to reject this dangerous law” and hold the Knesset responsible for “the legitimization of hate and incitement.”

In another statement, the PA Foreign Ministry said that by approving the new law, Israel has “officially declared itself an apartheid state.” The ministry said that the law was aimed at sending a message to the world to the effect that Israel “rejects any effort to solve the conflict peacefully, on the basis of a two-state solution.”

Erekat said that the law “builds up on dozens of racist and discriminatory laws against non-Jews, being an extension of racist and colonialist practices that aim at burying the rights of the Palestinian people.”

The law, he added, “would not have been passed without the culture of impunity that Israel continues to enjoy. It is time for the international community, and particularly for those who still claim to “share democratic values” with Israel, such as the European Union, to take measures in accordance with this new reality of Israel, a state that systematically violates its obligations under international law and UN resolutions, defining itself as an apartheid state. All people affected by this law must receive protection from the international community.”

Erekat said that “no racist law will undermine the rights of our people. We are proud of being a strong nation deeply rooted in our homeland. We will remain steadfast holding on tightly to the historic, national and human rights of our people, wherever they are, including by fully ending the Israeli occupation by freeing the state of Palestine on the 1967 border, with east Jerusalem as its capital, as well as fulfilling all our rights based on international law, including the refugee issue in accordance with UN General Assembly Resolution 194.”

Ahmed Majdalani, a senior PLO official in Ramallah, said that the nation-state law “exposed the true face of the state of terrorism, fascism and racism.” He called for reinstating the “Zionism is racism” resolution, adding that Israel “continues to pose the biggest threat to world peace and security.”

Hamas spokesperson Fawzi Barhoum said that such laws would not have passed were it not for the “silence of the international community” and the backing of the US administration.