You Are Here: Home → Palestinian citizen of Israel forced to demolish his home

Palestinian citizen of Israel forced to demolish his home 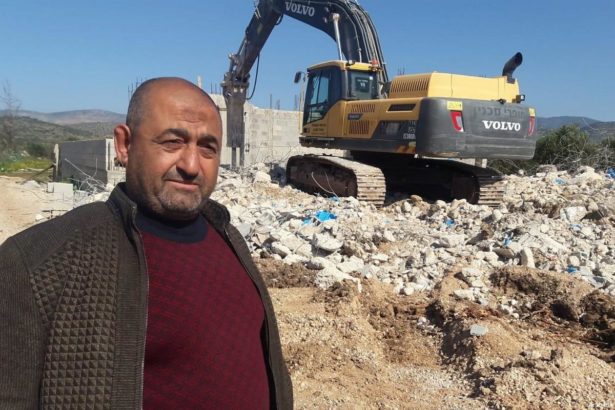 In order to avoid demolition fees by Israeli forces, a Palestinian man was forced to demolish his own home [Arab48]

With a 4% approval rate on building permit applications from Palestinians, and application costs in the tens of thousands of dollars, a large number of Palestinians make the risky decision to build without a permit. When Hassan Othman’s “illegal” home was discovered, he saved part of the $80 thousand demolition fee by hiring equipment to do it himself.

Israel has demolished over 48,000 Palestinian structures since 1967.

A Palestinian citizen of Israel was forced to demolish his house yesterday to avoid being fine demolition fees by Israeli occupation forces, Arab48 reported.

Hassan Othman, who lives in the Arab-Israeli city of Sakhnin, had to demolish his property for the second time to avoid having Israeli bulldozers doing the work as charging him for it. Othman’s house was first demolished 18 months ago under the pretext that it lacked the necessary building licenses.

Othman then took the issue to court in the hopes that it would issue the necessary paperwork.

In a statement, Othman said: “I lost my first house and now I am losing the second one after I had fallen in the trap of the [Israeli] municipality of Sakhnin.”

Arab cities in Israel have been subject to an Israeli campaign to demolish homes under the pretext that they were built without the necessary licenses. Planning applications submitted by Arab citizens are often not approved. 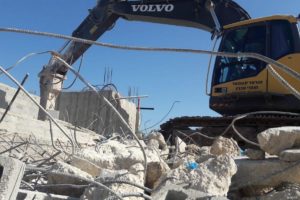 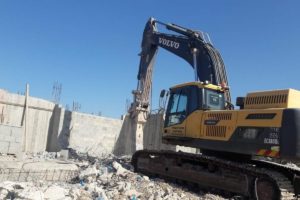 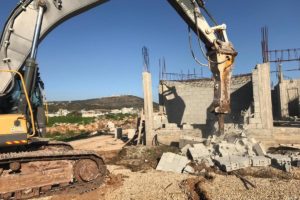