You Are Here: Home → Palestine Photo Project publishes archival photos from 1898 – 1946 in new book and online 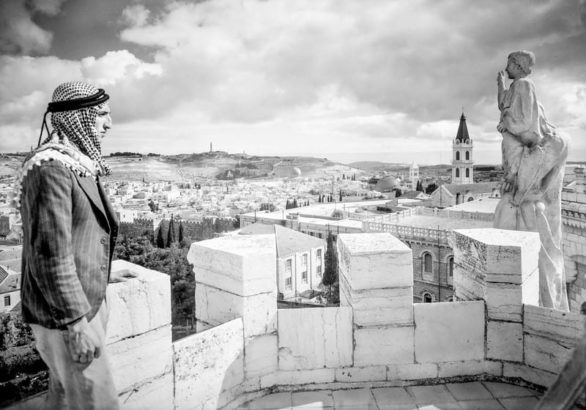 The Palestine Photography Project has published over 200 high quality photos of pre-1948 Palestine both online and in a book. They can also be used for exhibitions in galleries, museums, universities, libraries, and other venues worldwide.

The Palestine Photo Project has collected more than 200 photos from pre-1948 Palestine. They are organized into eight collections. The photos are also available for purchase in a limited edition photo book and as individual reproductions.

The 8.5″ by 8.5″ photo book features over fifty images. For more information about the book and to purchase copies, click on the button below.

Individual reproductions are available in a variety of formats including framed and matted prints, canvas and metallic prints, mugs, mouse pads and more.

Palestine Photography Project is an initiative of KARAMA, an independent non-profit corporation in San Diego, California.

The photographs in the collection were taken between 1898 and 1946, a time period that spans the final years of the Ottoman Empire, the creation of the British Mandate of Palestine by the League of Nations, large-scale Jewish immigration to Palestine under the auspices of the World Zionist Federation, and the rise of a popular movement for Palestinian independence.

The Project reproduces these images of pre-1948 Palestine for exhibition in galleries, museums, universities, libraries and other appropriate venues worldwide.  In addition, images are available for purchase in a variety of formats.

In some reproductions, imperfections in the original file were retained as examples of their deterioration prior to being rescued and digitized by the Library of Congress.