You Are Here: Home → Over 100 Israeli Settler Attacks Documented in Past 10 Days

Over 100 Israeli Settler Attacks Documented in Past 10 Days 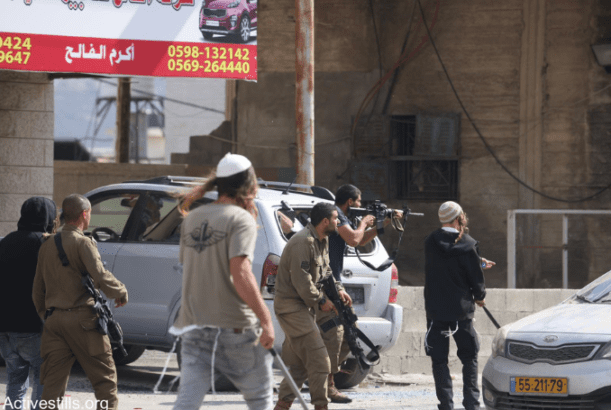 Jewish settler attacks against Palestinians are routine in the West Bank. (Activestills.org)

More than 100 attacks by illegal Jewish settlers against Palestinians have been documented in the last ten days alone, Haaretz reported on Thursday.

Most of the attacks took place in the north of the occupied West Bank, particularly in the town of Huwara in the Nablus governorate.

The Israeli newspaper reported that older adults, women, and children from settlements are increasingly involved in attacks on Palestinians, quoting an Israeli security official.

All the victims of these assaults were Palestinians.

Haaretz said that Israeli army chief Aviv Kochavi “did not publicly express interest in any of those incidents”. However, he was quick to condemn an attack on an Israeli army patrol this week by the settlers.

Israeli security forces most of the time turn a blind eye to attacks by Israelis against Palestinians in the West Bank and East Jerusalem.