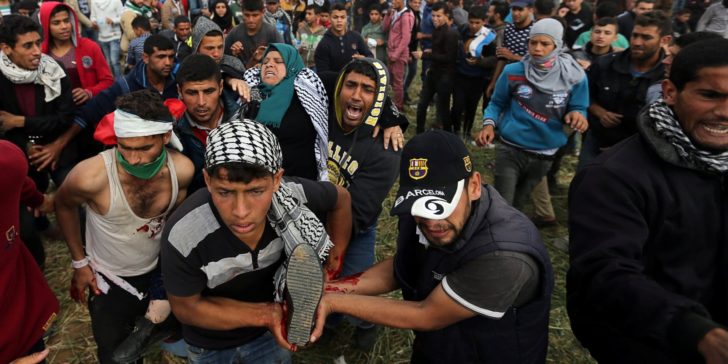 A wounded Palestinian woman is evacuated during clashes with Israeli troops, during a tent city protest along the Israel border with Gaza, demanding the right to return to their homeland, the southern Gaza Strip March 30, 2018.

This report from the UN for the Coordination of Humanitarian Affairs for the occupied Palestinian territories details the number killed and injured during the Great March of Return, discloses Gaza’s severe struggle to deal with the casualties, and itemizes its critical needs – including medical personnel, medicine, access to treatment, and staff to help with documentation, legal issues, and mental health counseling.

Since 30 March 2018, the Gaza Strip has witnessed a significant increase in Palestinian casualties in the context of mass demonstrations taking place along Israel’s perimeter fence with Gaza. The demonstrations have occurred as part of the ‘Great March of Return’, a series of mass protests, expected to continue up to 15 May. The large number of casualties among unarmed Palestinian demonstrators, including a high percentage of demonstrators hit by live ammunition, has raised concerns about excessive use of force by Israeli troops. Gaza’s health sector is struggling to cope with the mass influx of casualties, due to years of blockade, internal divide and a chronic energy crisis, which have left essential services in Gaza barely able to function. 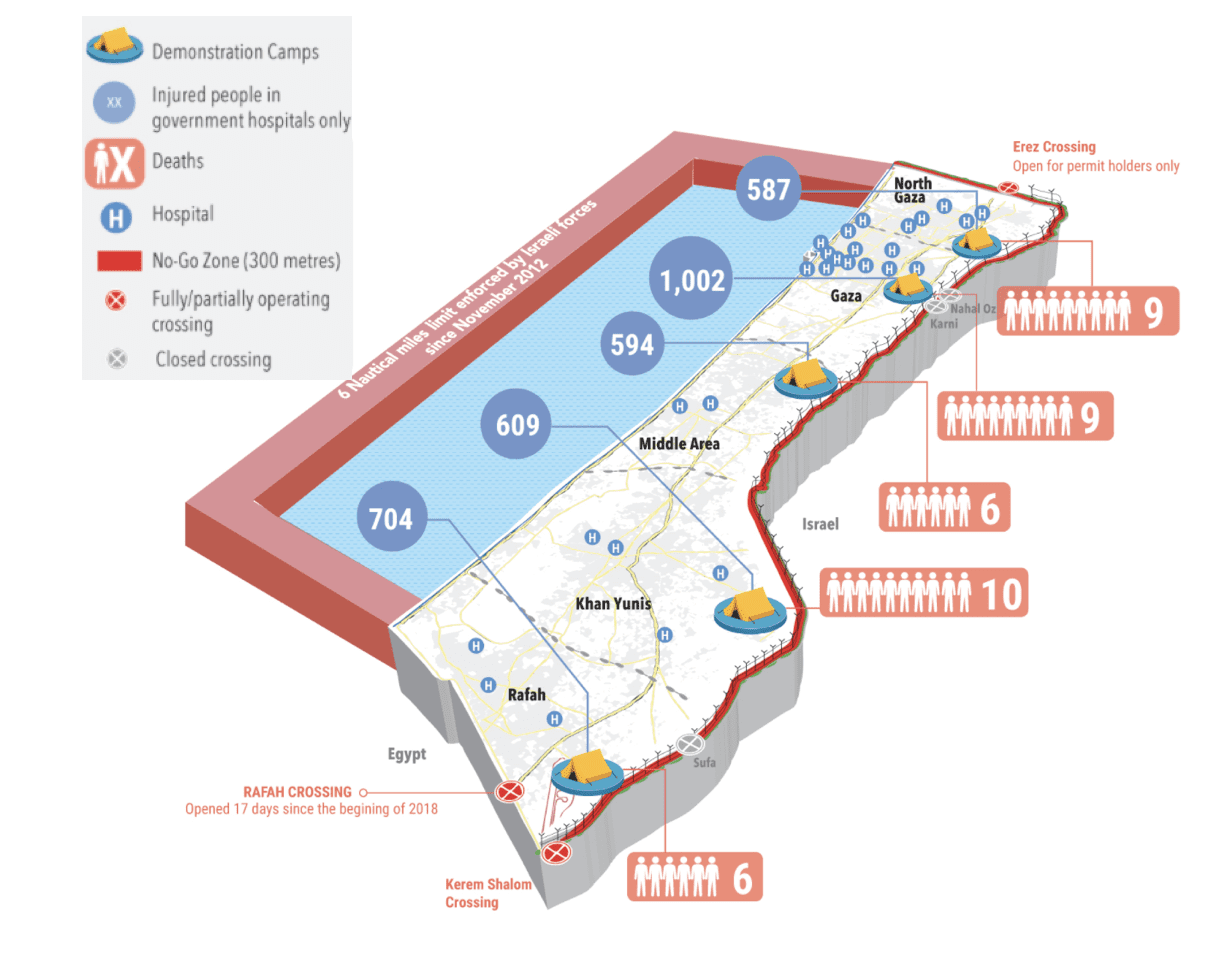 Source of injuries data: Palestinian Ministry of Health in Gaza Data as of 5 May 2018

Disclaimer: Data and analysis provided in this snapshot is based on preliminary information available. Further assessments are pending.