You Are Here: Home → Nike will no longer do business in Israel, starting in 2022

Nike will no longer do business in Israel, starting in 2022 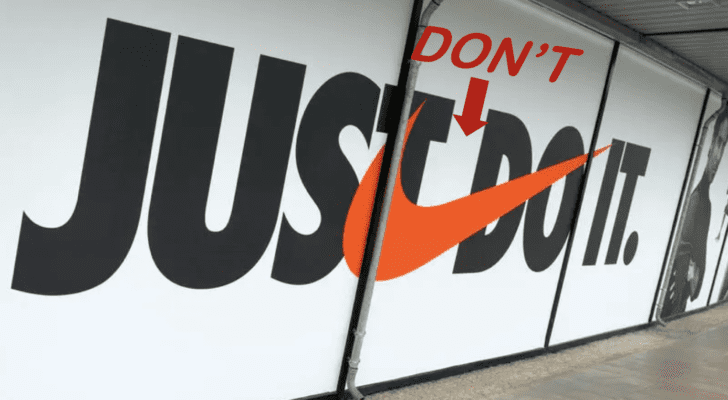 Selling products in Israel – Nike says “just DON’T do it.” (Image by If Americans Knew)

While Nike does not specifically call the move a “boycott,” the sportswear company indicates that doing business in Israel “no longer match[es] the company’s policy and goals.”

Sports clothing manufacturer Nike enraged Israeli shops on Sunday as it announced that it will end the sale of its products in Israeli stores starting May 31 next year, Israeli media reported.

As a household name across the globe, the pull-out could seriously affect the business operations of hundreds of Israeli sports shops, according to the Israeli newspaper The Jerusalem Post.

“Following a comprehensive review performed by the company and considering the changing marketplace, it has been decided that the continuation of the business relationship between you and the company does no longer match the company’s policy and goals.”

Nike’s decision is expected to hit Israeli retailers hard. As one of the most popular sporting brands in the world, its products account for a large proportion of sales.

ADDENDUM: The Forward reports that Nike has not announced plans to close its Israeli website or its 15 Nike Stores in Israel – all of which are only within the pre-1967 borders. If Americans Knew will continue to follow the story.