You Are Here: Home → News from Palestine – mostly unreported by US media

News from Palestine – mostly unreported by US media 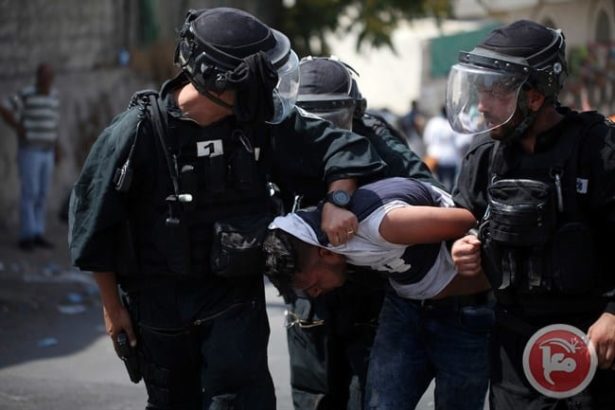 Some of the latest news from Gaza and the West Bank… as usual, mostly missing from US news reports: Palestinian Poet Dareen Tatour Turns Herself In to Finish Sentence

The Palestinian poet, photographer and social media activist Dareen Tatour, from the town of Reineh, in northern Israel, turned herself in on Wednesday, to the Israel Prison Service, to serve two months that were left of her five-month prison sentence, according local sources. An Israeli court had earlier sentence Tatour, […] An Israeli airstrike on a cultural center in Gaza City, on Thursday, turned the five-story building into rubble, according to WAFA correspondence. He said that Israeli warplanes fired 10 missiles at the building, for no apparent reason other than to inflict as much damage as possible in Gaza. Israel has […] Abbas Appeals to International Community in Halting Attacks on Gaza

PA President Mahmoud Abbas held intensive meetings, today, with international contacts at all levels to stop the Israeli military escalation against the people of Gaza. According to the PNN, he called on the international community to intervene immediately, to stop the violence and prevent further destruction and instability in the region. Three citizens, including a pregnant woman and her infant daughter, were […] The Palestinian Prisoners’ Society (PPS) has reported that Israel soldiers abducted, overnight until dawn hours Thursday, seventeen Palestinians from their homes in several parts of the occupied West Bank. The PPS said the soldiers stormed and violently searched many homes, causing damage, and interrogated several Palestinians while inspecting their ID […] Media sources in Gaza have reported that, among various sites and areas targeted by Israeli missiles in the coastal region, are water wells, and tourist areas. Yousef Abu Kamil, from the Public Relations department of al-Mughraqa Local Council, said the Israeli missiles destroyed a well owned by the city, and […] Army Demolishes A Shop Near Jericho

Israeli soldiers invaded, Thursday, Marj an-Na’ja village, north of Jericho in the occupied West Bank, and demolished a grocery store. The WAFA Palestinian News Agency said the soldiers demolished the store, and then told the owner that the reason behind the destruction is that it was built without a permit […] Several Israeli army jeeps invaded, overnight until early morning hours Thursday, Kufur Qaddoum town, east of the northern West Bank city of Qalqilia, and caused many Palestinians to suffer the effects of teargas inhalation during ensuing protests. Morad Eshteiwi, the media coordinator of the Popular Committee against the Annexation Wall […]