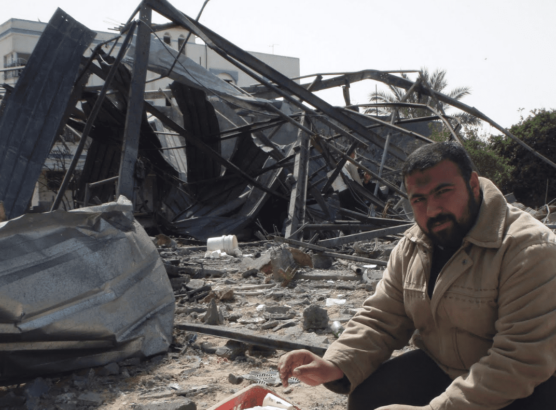 Another press casualty in the battle over the Palestinian homeland. 2 members of the press have been killed and several injured since the start of the Gaza March on 30 March. MEMO has just added another to the inventory: a journalist from MEMO, has been shot and hospitalized. Protection of the press is part of free speech, and Israel’s snipers are picking them off one by one.

Palestinian journalist and MEMO correspondent in Gaza, Motasem Dalloul, has been hospitalised after being shot by Israeli sniper fire today while covering The Great March of Return near Gaza’s eastern border.

#Breaking || Israeli occupation snipers targeted the Palestinian journalist, Motasem Dalloul during his coverage of the #GreatReturnMarch east of Gaza .

Motasem one of the Admins of this page @DaysofPalestine and a reporter for the @MiddleEastMnt.

Wish him a speedy recovery . pic.twitter.com/Mr5HQWLzg6

Last month, Palestinian journalists Yasser Murtaja and Ahmed Abu-Hussein were shot dead by Israeli snipers while covering the events near the Gaza-Israel border despite wearing protective vests clearly marked “PRESS”. Several other journalists have also been wounded since the protests began.

Over 6,800 Gazans have been wounded during the demonstrations and at least 49 people have been killed by Israeli forces since 30 March, when the six-week demonstration and sit-in calling for the implementation of the Right of Return began.

Demonstrators are demanding that Palestinian refugees be granted their right to return to their towns and villages in historical Palestine, from which they were driven out in 1948 to make way for the state of Israel.

Palestinians dubbed today the “Friday of Preparation and Foreboding” ahead of the US moving its embassy from Tel Aviv to Jerusalem on Monday.

Tuesday will also see demonstrations as the Great March of Return culminates on the 70th anniversary of the Palestinian Nakba (Catastrophe), in which more than 750,000 Palestinians were forcibly displaced by Israeli forces in 1948 Arab-Israeli war. 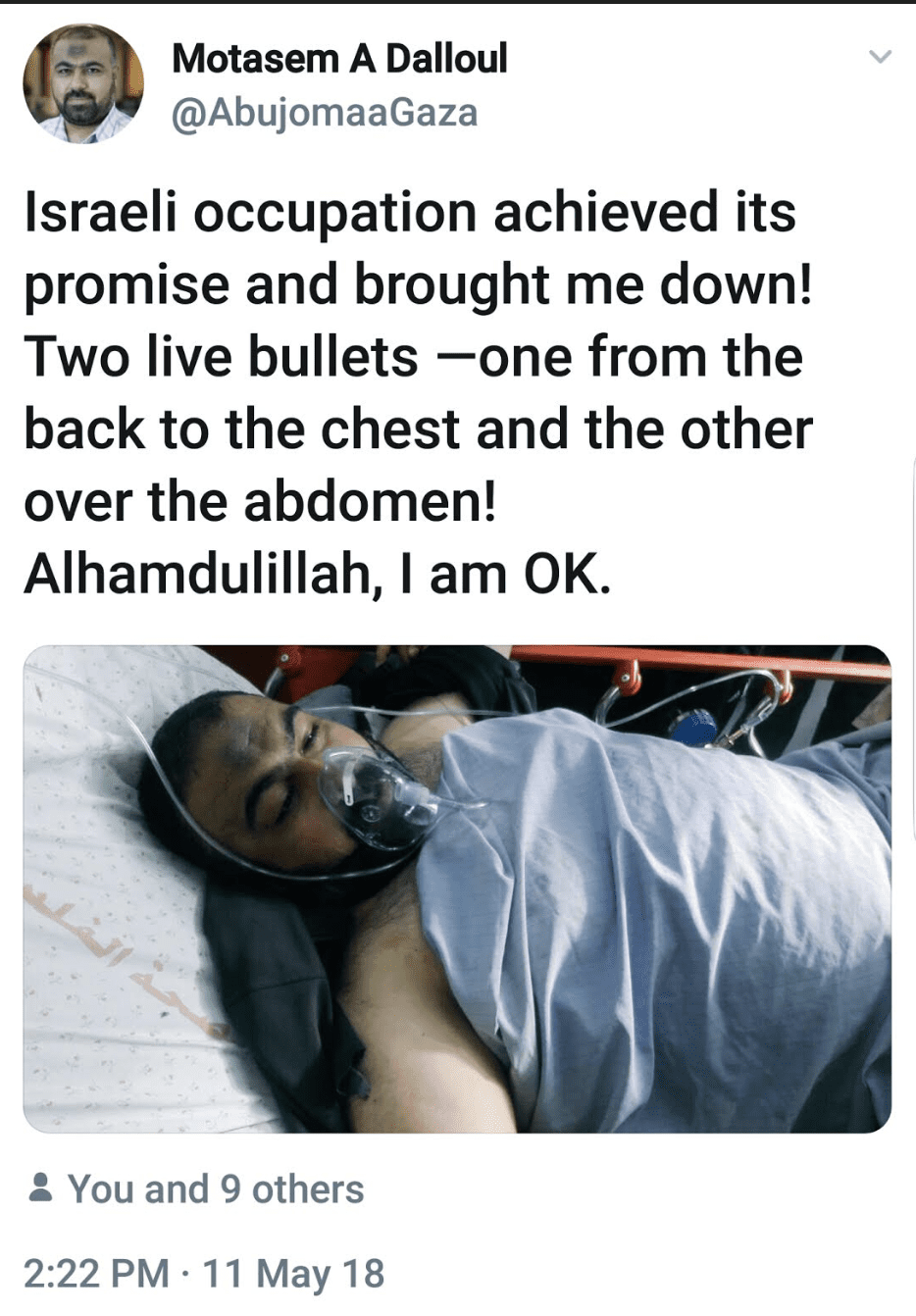