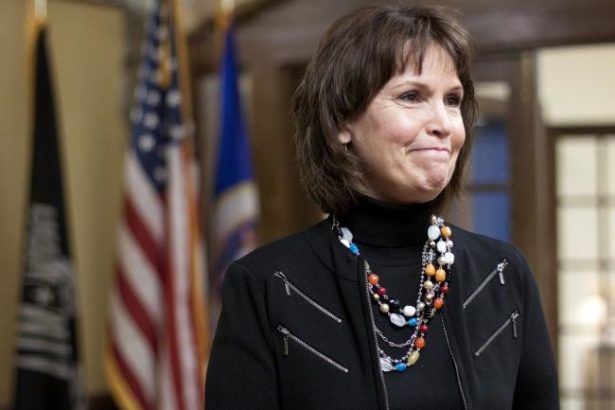 Betty McCollum is the U.S. Representative for Minnesota’s 4th congressional district. She is a member of the Democratic-Farmer-Labor Party.

An estimated 10,000 Palestinian children have been detained by Israeli security forces and prosecuted in the Israeli military court system since 2000. Independent monitors such as Human Rights Watch have documented that these children are subject to abuse and, in some cases, torture — specifically citing the use of chokeholds, beatings, and coercive interrogation on children between the ages of 11 and 15. In addition, the United Nations Children’s Fund (UNICEF) has found that Palestinian children are frequently held for extended periods without access to either their parents or attorneys.

“This legislation highlights Israel’s system of military detention of Palestinian children and ensures that no American assistance to Israel supports human rights violations,” Congresswoman McCollum said. “Peace can only be achieved by respecting human rights, especially the rights of children. Congress must not turn a blind eye the unjust and ongoing mistreatment of Palestinian children living under Israeli occupation.”

The Promoting Human Rights by Ending Israeli Military Detention of Palestinian Children Act requires that the Secretary of State certify that American funds do not support Israel’s military detention, interrogation, abuse, or ill-treatment of Palestinian children. Given that the Israeli government receives billions of dollars in assistance from the United States, Congress must work to ensure that American taxpayer dollars never support the Israeli military’s detention or abuse of Palestinian children.

“Churches for Middle East Peace (CMEP) strongly endorses Rep. Betty McCollum’s Promoting Human Rights by Ending Israeli Military Detention of Palestinian Children Act. In order for the U.S. to play a constructive role in bringing about a comprehensive and sustainable end to the Israeli-Palestinian conflict, we must ensure we are not supporting the continued trauma inflicted on Palestinian youth entangled in the Israeli Military Detention system,” Churches for Middle East Peace said in a statement.

“Jewish tradition teaches that each and every single person has inherent dignity and worth and must be treated accordingly. This legislation recognizes and acts upon the inherent dignity and worth of Palestinian children and sends the message that the United States is committed to a future with freedom, safety, and equality for both Palestinians and Israelis,” Jewish Voices for Peace said in a statement.

Please use this link to contact your representative and ask him/her to support this bill.